Mikel Arteta insists his furious row with Liverpool boss Jurgen Klopp is part of his character and the Arsenal manager refused to take back any of his antics. 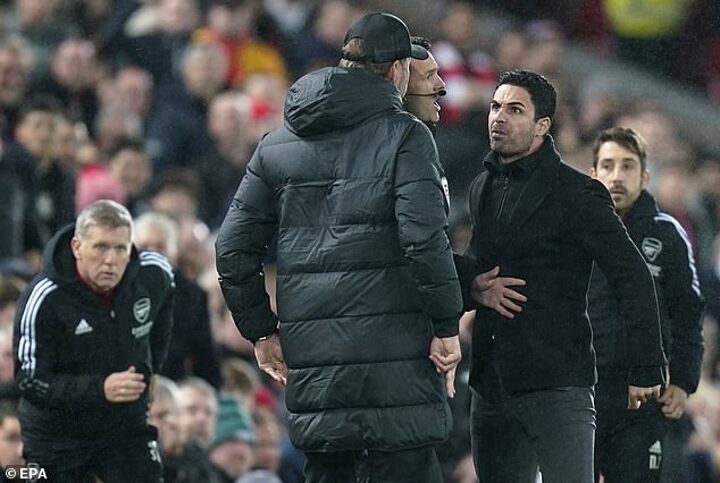 During the first-half of the Gunners' 4-0 loss at Anfield, the Spaniard reacted angrily to a challenge by Sadio Mane on Arsenal's Takehiro Tomiyasu, with Arteta squaring up to opposite man Klopp - who complained about his reaction to the aerial tackle.

Both Arteta and Klopp had to be held back by their assistants as the two managers were both cautioned by referee Michael Oliver for their angry spat. 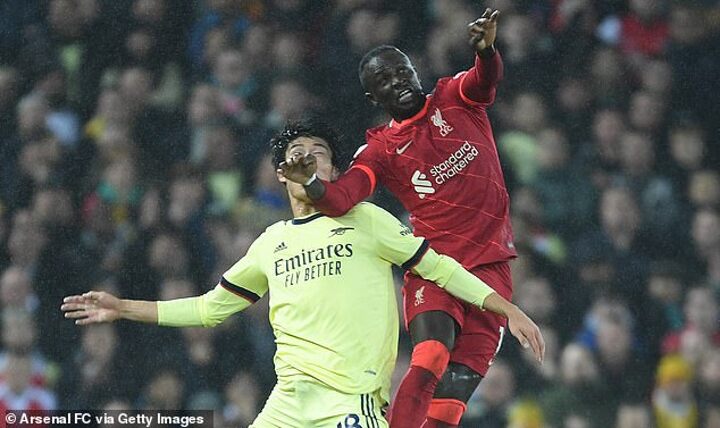 The incident happened when the score was goalless before Arteta's side went on to concede four times in Arsenal's first league defeat since August, but the Gunners manager admitted that the row with Klopp is just 'who I am'.

'If I have to defend my players I will do it. Maybe you don't give me motivations to go the other way. It's part of our character.'

The disappointing result at Anfield is another big game encounter in which Arsenal have lost, with the Gunners also losing to Chelsea and Manchester City this season without scoring a goal. 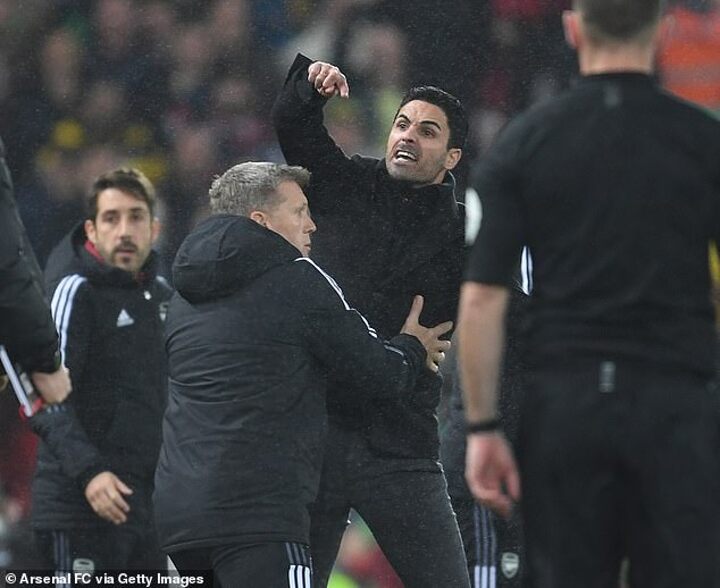 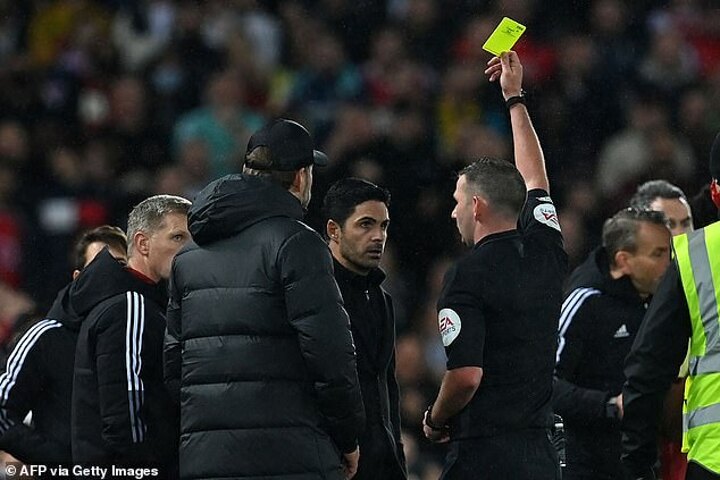 Arteta revealed that his players instigated a heart-to-heart in the Anfield dressing room after the loss, with the manager admitting his delight about how his team have reacted to the defeat.

'I liked the reaction in the dressing room at Anfield at the end of the game,' Arteta added. 'They (the players) discussed what happened in a really honest way.

'There are issues you have to deal with. I really liked how the team reacted in the week. Before this didn't happen. 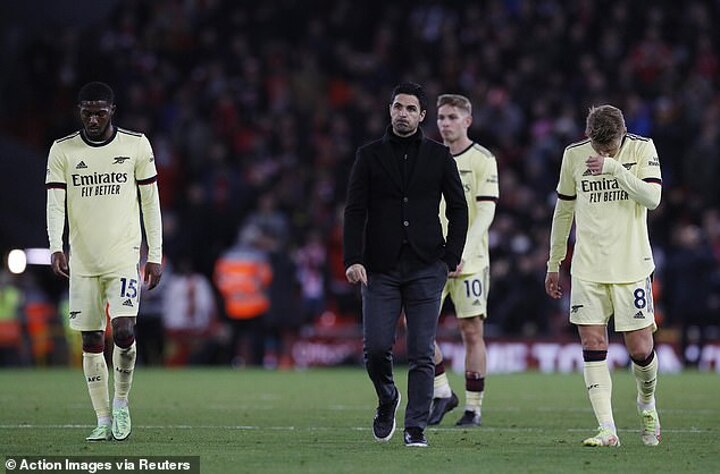 'There are lots you can learn, standards have to be raised. You see how consistent they (Liverpool) do it throughout the game.'

The Gunners will look to get back to winning ways against bottom club Newcastle this weekend, with their loss to Liverpool leaving them in fifth after Manchester United also lost last weekend.

Arsenal cannot move into the top four with victory over Eddie Howe's Magpies but they can move level on points with West Ham if they win, with the Hammers taking on champions Manchester City on Sunday.