Emiliano Martinez couldn't contain his emotions as Arsenal lifted the FA Cup trophy on Saturday after beating Chelsea 2-1 at Wembley. 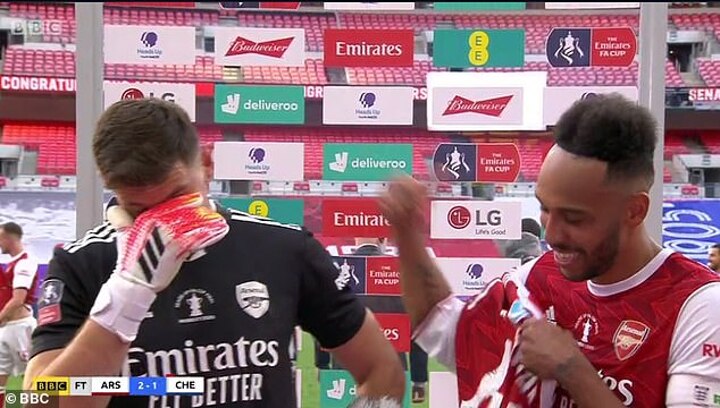 The Gunners' goalkeeper tried in vain to hold back the tears in his post-match interview on the BBC when he was asked about his family back in Argentina.

'I can't really talk about it,' he said, as match-winner Pierre-Emerick Aubameyang came over to congratulate and console him. 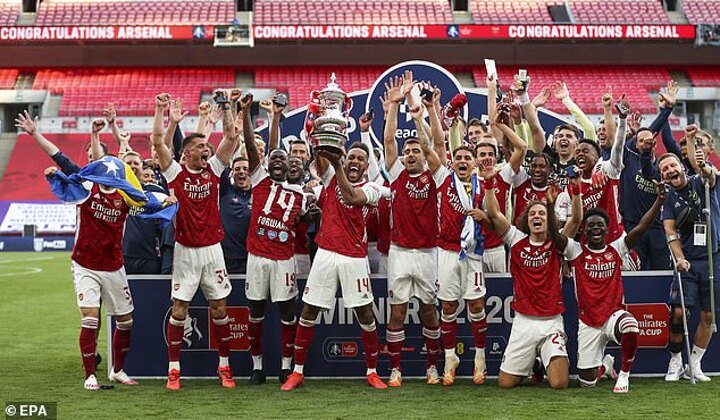 Before the game he had told the BBC how supportive his family has been: 'My dad is calling me every five minutes telling me to be relaxed. I will enjoy every moment, think about them, my wife and my kids.'

Martinez has been at Arsenal for 10 years, starting there as a youth player in 2010. Since then he has been out on loan on multiple occasions, to Oxford United, Sheffield Wednesday, Rotherham, Wolves, Getafe, and Reading.

Finally, this season the 27-year-old has been given a chance at a regular spot in the first team, with Bernd Leno picking up a knee injury. 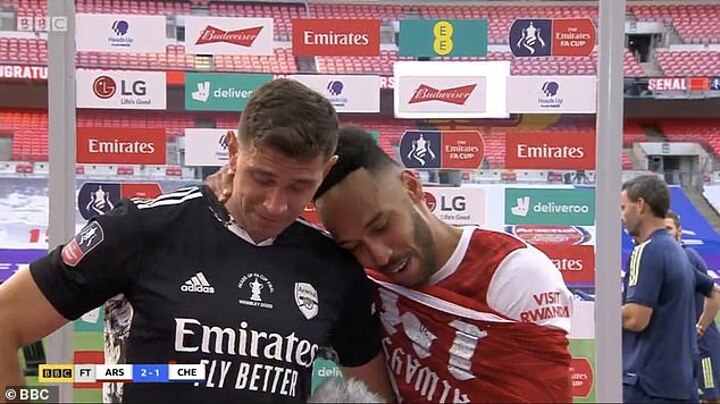 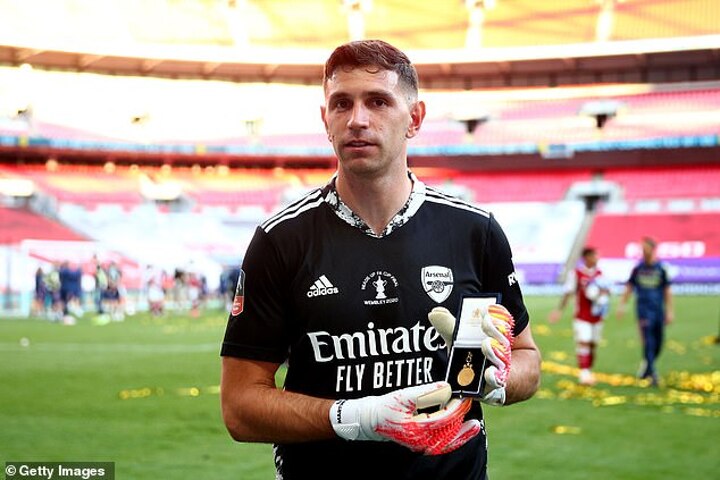 'It's an incredible story for any young goalkeeper struggling in life or not being picked,' he said. 'I knew we were going to play in the FA Cup and every three days in the league.

'That's why I was working so hard [during lockdown], and why I've been performing as well, because I'm ready.'

Arsenal went behind early in the FA Cup final thanks to a goal from Christian Pulisic. However they came back strong, with Aubameyang converting a penalty later in the first half, and eventually scoring the winner in the 67th minute.