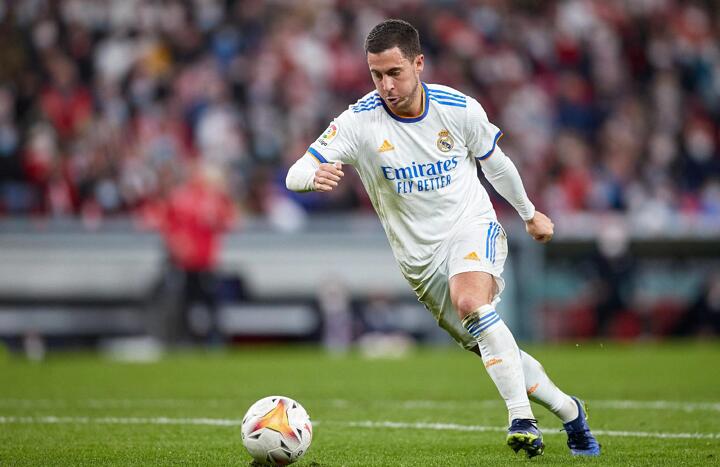 The LaLiga league leaders are said to be willing to let the Chelsea legend leave after a troubled three-year spell at the club.

No further progress has been made as of yet, but the Gunners' interest in the Belgian, 31, is 'real'.

Mikel Arteta is reportedly keen to add to Hazard to his already fearsome front line in order to turn the North Londoners into title contenders.

The Gunners are currently in pole position to finish fourth and qualify for next season's Champions League ahead of Manchester United.

Elsewhere, mega rich Newcastle have also been linked with a move for Hazard.

The Magpies are reported to have opened talks with Real Madrid regarding a move.

Chelsea too were thought to be keen on reuniting with Hazard, but sanctions slapped on the club in recent days have scuppered their chances of a deal.

Hazard himself though is thought to be eager to stay at the Bernabeu and fight for his place in Carlo Ancelotti's side.

Although Madrid themselves are only too happy to green-light a deal.

The Belgian international has played 23 times for Real Madrid this season, with just nine of those appearances have been from the start.

And his one goal and two assists this term is a poor return for the man who cost Madrid a whopping £130million in the summer of 2019.