Arsenal have launched a bid to sign Manchester United defender Chris Smalling from under Roma's noses, according to reports from Italy. 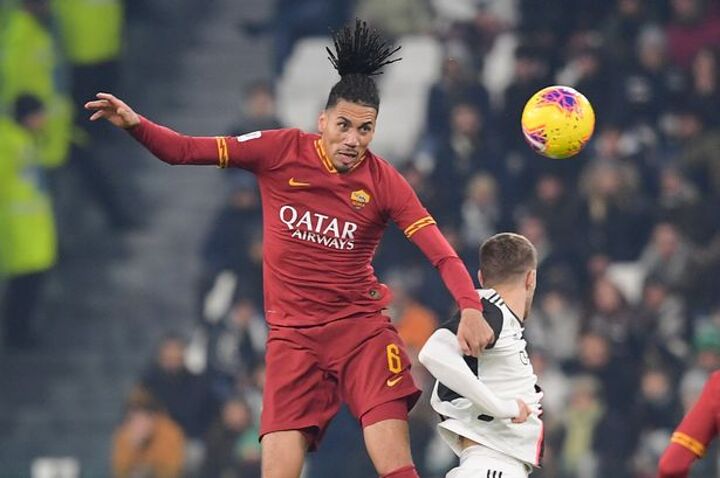 Gunners boss Mikel Arteta is looking for defensive reinforcements this summer, and centre-half Smalling has impressed during his season-long loan at Roma.

The United defender has become a fans' favourite since being shipped out to Roma last summer, with his consistent displays having the club into the last 16 of the Europa League and fifth place in Serie A.

There has been talk of Smalling making the switch to Roma permanent - but United also have an offer on the table from Arsenal, according to Italian publication Corriere dello Sport .

United want £25million for the 30-year-old - which has shocked Roma as they were hoping to land Smalling for around £20m, according to Metro.

As well as facing competition from Roma for Smalling, Arsenal will also be up against Tottenham, Leicester and Everton in the race for the rejuvenated defender's services.

Arsenal have already signed young Saint-Etienne centre-back William Saliba, who is due to join the rest of the squad this summer, but Arteta wants to add more experience to his defence, with Leipzig’s Dayot Upamecano and Frankfurt’s Evan N’Dicka also on the radar.