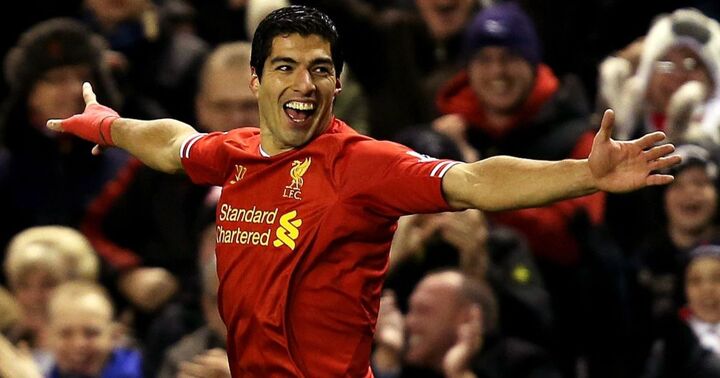 In the summer of 2013, the Uruguayan striker - who was serving a 10-game ban for his bite on Chelsea's Branislav Ivanovic - repeatedly indicated his wish to leave Anfield but the Reds stood firm and said he would not be sold.

Shortly after arriving in Australia for Liverpool's pre-season tour, it emerged that the Gunners - who had already reportedly had one £30m bid for the player turned down - had submitted a second offer.

Arsenal were under the impression there was a clause in Suarez's contract allowing him to leave for £40m so made a bid for that figure - plus £1.

Liverpool owner John Henry famously poured scorn on the Gunners' efforts to buy the player, tweeting: "What do you think they're smoking over there at Emirates?"

And it turned out such a clause did not exist, with Suarez staying another season at Anfield and scoring 31 league goals as Brendan Rodgers' side came desperately close to winning the Premier League title before leaving to join Barcelona.

The incident still burns with Arsenal legend and club all-time leading goalscorer Ian Wright who told the BBC: "It's a nightmare to think about because there was a time when he could have gone to Arsenal but they made that ridiculous bid, a pound extra.

"He left a Liverpool side that should have won the league to go to Barcelona when they were amazing – and made them better. He's amazing."

Wright also picked out one of Suarez's efforts from his time at Liverpool as one of his favourite ever Premier League goals.

He said: "He scored one of the best goals I've seen in the Premier League.

"People talk about Paolo di Canio's but that Suarez one against Newcastle was unbelievable – [controlling] a 60-yard pass, on his shoulder."

Two years ago, former Arsenal manager Arsene Wenger revealed Suarez had verbally agreed to move to the Emirates at the time of the £40,000,001 bid.

He told BeIN Sports : “We had an agreement with the player and we had been wrongly advised that he had a clause (in his contract).”

“You can ask the player. He will confirm that he wanted to join us.

“Then they kept him one more year, improved his contract and promised to sell him to a club abroad.”