Arsenal are sweating on the fitness of David Luiz ahead of Norwich’s visit to the Emirates on Wednesday. 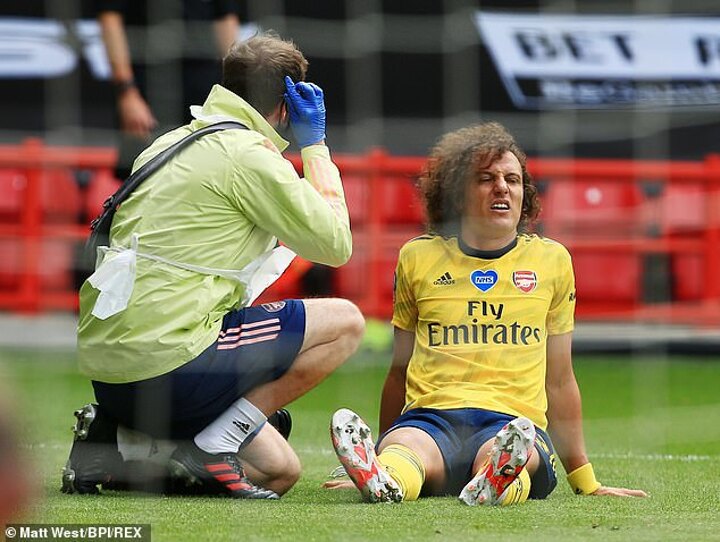 Luiz had to come off after 54 minutes of Arsenal’s FA Cup win at Sheffield United on Sunday after damaging his right knee.

It meant an early end to his return from suspension following his red card in Arsenal’s first game after the season’s resumption at Manchester City. 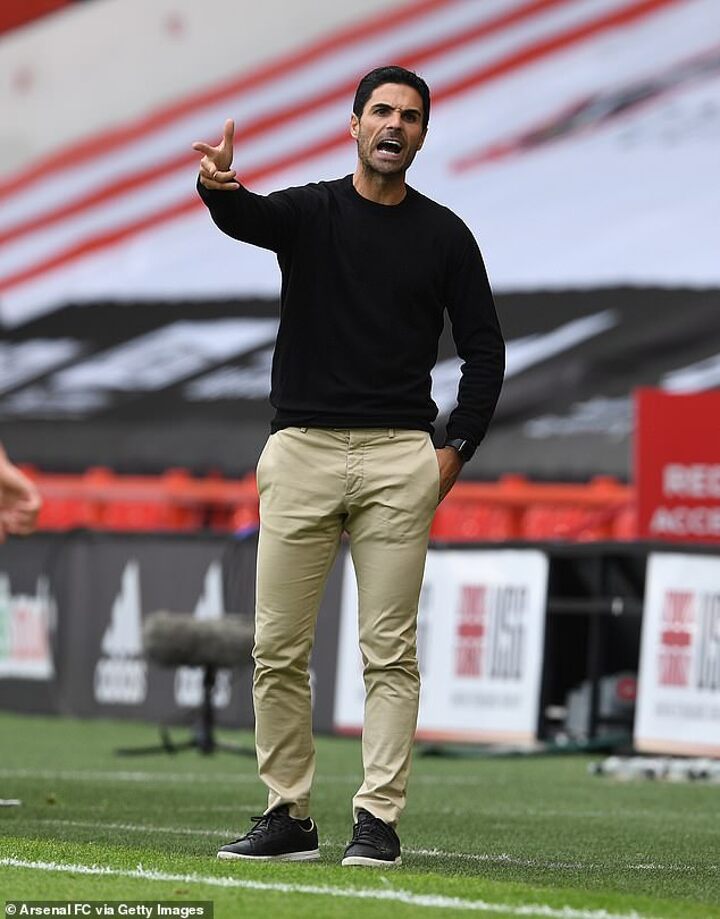 Arsenal’s decision to hand Luiz, 33, a new one-year contract last week may have raised eyebrows in some quarters but he remains a valuable member of the squad to head coach Mikel Arteta.

Arteta said: ‘We don’t know [how bad his injury is]. He was in pain the other day when he had to leave the pitch. He is not a player that normally does that. He was uncomfortable.

‘We assessed him yesterday and he was a bit better but we don’t know. He had a scan to do this morning to see how bad it is.

‘He is very willing, he wants to play, he is always like that but we will have to see.’

Lucas Torreira has returned to training after almost four months out with a fractured ankle and will be assessed ahead of tomorrow’s game against Norwich along with Mesut Ozil, who sat out the Blades tie with a back problem. 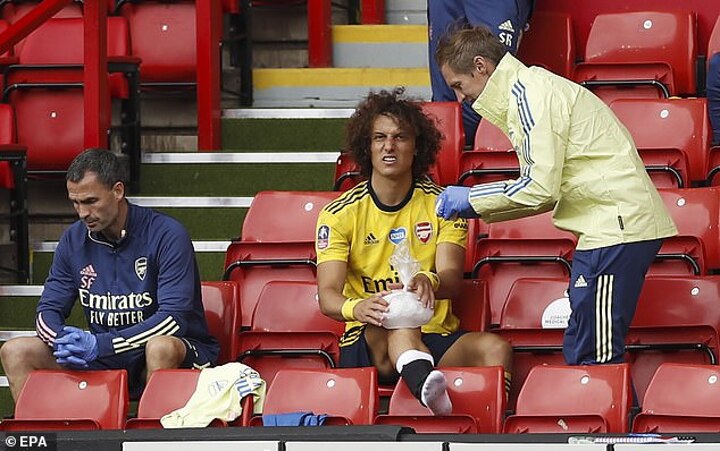