Vitolo came off the bench to show Atletico Madrid the way to goal, his winner improving the likelihood of a top-four LaLiga finish. 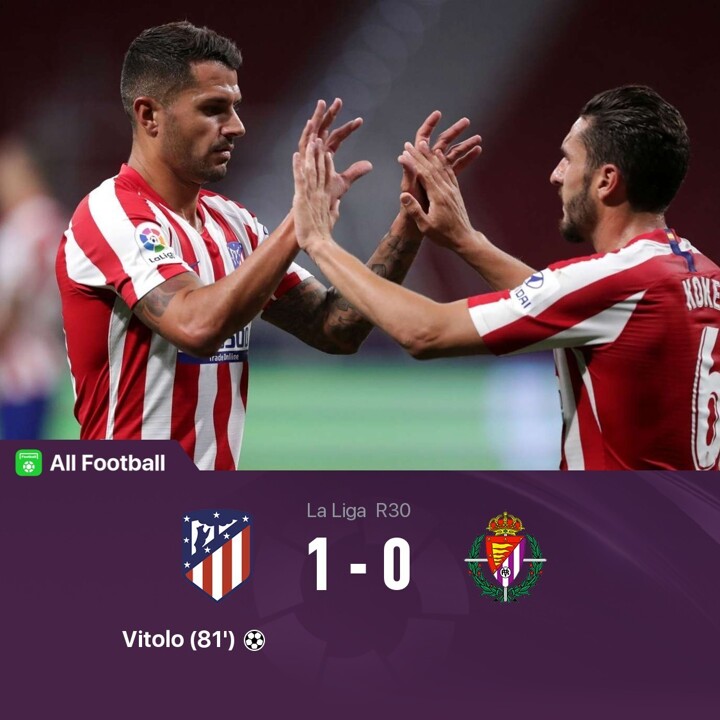 Atletico Madrid had substitute Vitolo to thank as they boosted their prospects of Champions League football next season with a 1-0 win over Real Valladolid at the Wanda Metropolitano.

A clutch of chances had been spurned by the time Vitolo came off the bench to replace Marcos Llorente with 17 minutes remaining, with Joao Felix and Alvaro Morata going close.

When the breakthrough came in the 81st minute it was dramatic, Vitolo heading at goal after a corner from the left reached him at the far post. 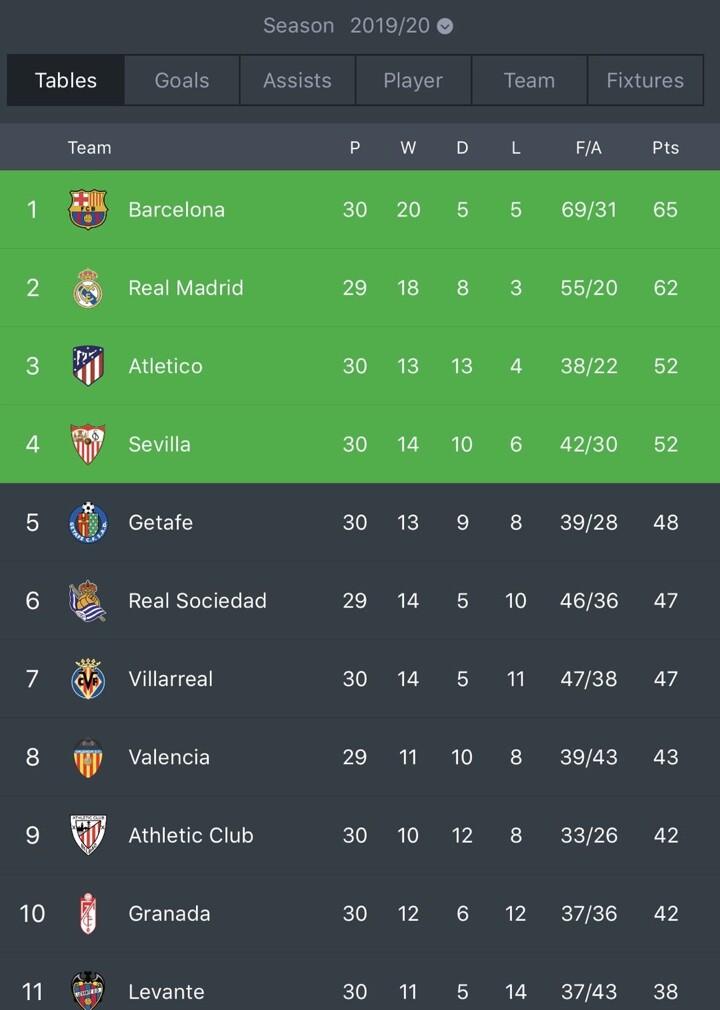 Oblak touches Waldo's drive over the top! Morata gives the ball away sloppily in the centre of the pitch and Valladolid work some space well. Waldo is 30 yards from goal, but Oblak has to get two hands up to make the save.

Now a chance for Morata at the other end! This is a bright start. Herrera lifts a cross in from the right and Morata heads just wide.

Joao Felix injects some urgency into the Atleti attack! He carries the ball towards the edge of the Valladolid box and drills a low strike just wide.

They are defending doggedly and can counter effectively on this occasion. Rubio measures a precise pass through to the advancing Matheus, who has just Oblak to beat. The goalkeeper cannot reach a bobbling effort, but the ball slips past the post. So close.

Now Joao Felix goes for the spectacular. He smartly juggles the ball on the edge of the area following a poor Valladolid clearance but hacks his shot off target.

This is not the opener! Llorente splits the defence with a pass through to Costa, but the striker cannot quite hold his run. The former Chelsea man finishes anyway, but the flag is up and replays show he is a step offside. 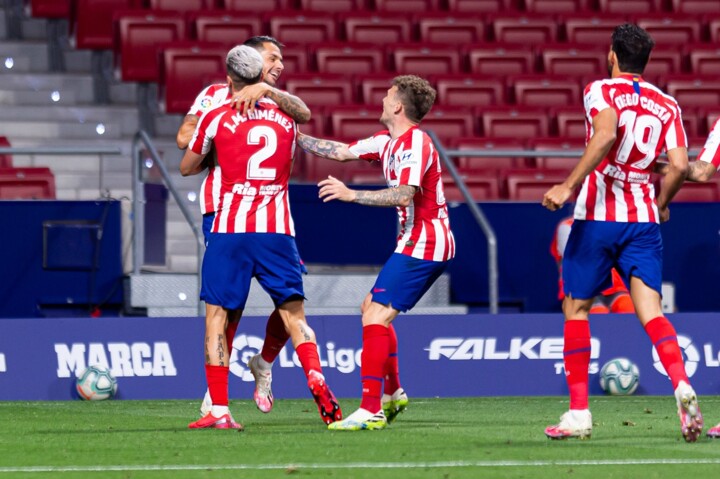 The substitute might have won it for Atleti in dramatic fashion! They lead 1-0. Cora has been poor from set-pieces throughout and flaps at a corner, allowing Vitolo - unmarked at the far post - to head goalwards. Olivas believes he has got back to head the ball off the line, but the officials award a goal and a VAR check shows the ball is just over the line. 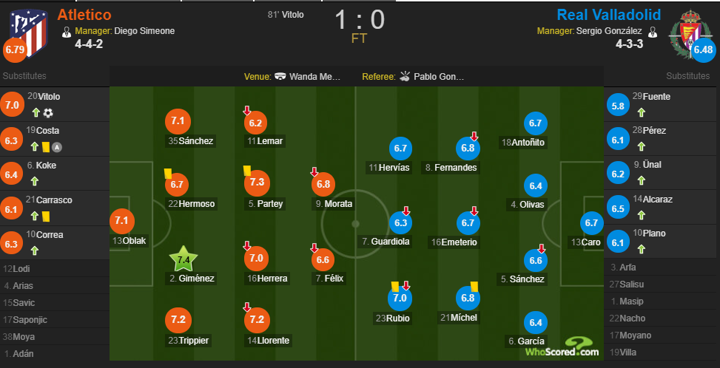