Atletico Madrid moved top of the LaLiga table with a battling 2-0 win over relegation-threatened Valladolid at the Wanda Metropolitano on Saturday evening. 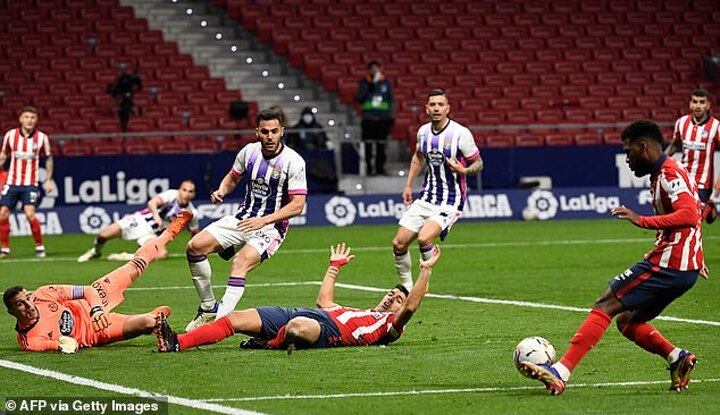 Before the game Atletico had only conceded twice in nine league games, the joint-lowest total of all time in LaLiga at that point, and the first half ended with both defences holding firm and only one Atletico shot on target.

But Thomas Lemar and then Marcos Llorente, both assisted by England right-back Kieran Trippier, scored second half goals to wrap up the victory for Diego Simeone's now league-leading side. 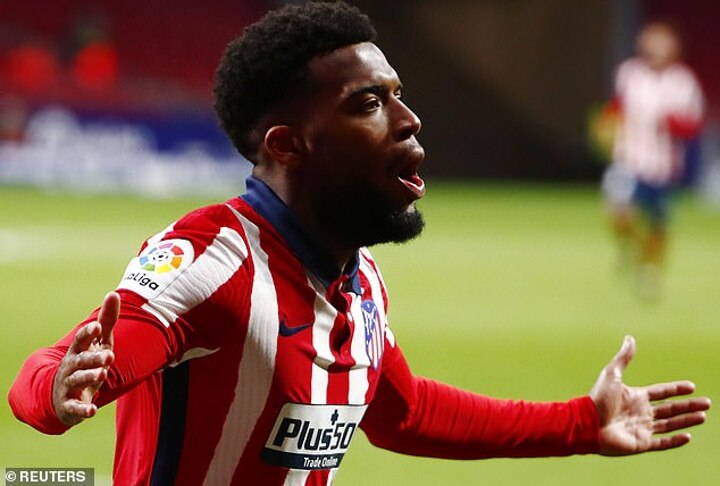 Atletico, who had Jose Gimenez, Yannick Carrasco and Diego Costa out with injury, made five changes from Tuesday's 1-1 draw against Bayern Munich in Champions League Group A.

Joao Felix - the goalscorer against Bayern - Koke and Marcos Llorente missed out and the absence of their creativity and guile contributed to a rusty first half display.

Former Barcelona goalkeeper Jordi Masip couldn't hold onto Angel Correa's strike from long distance but did well to keep out Luis Suarez on the rebound.

The visitors looked the more likely to score at first, with Oscar Plano and Marcos de Sousa both going close.

Llorente was introduced at the interval, with Joao Felix and Koke also called upon before the hour after de Sousa's effort was brilliantly blocked by Trippier.

French midfielder Lemar struck his first club goal since April 2019 to break the deadlock in the 56th minute, appearing at the back post to guide in a cross from Kieran Trippier and complete a sweeping counter-attack. 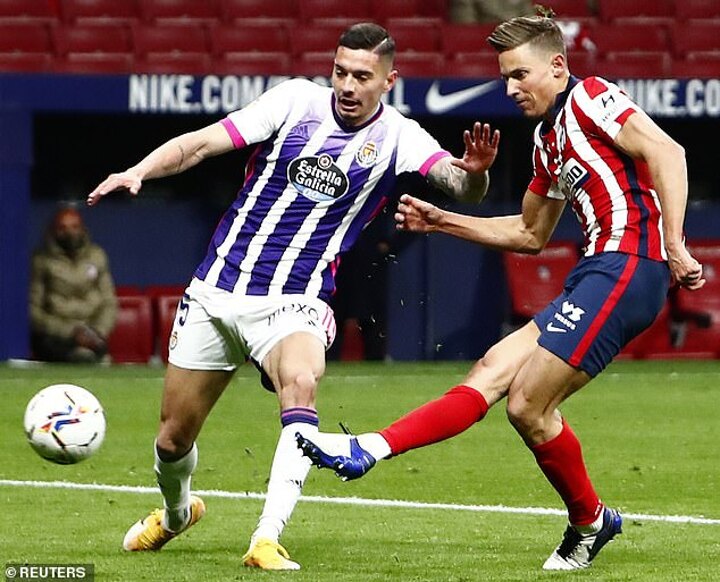 Llorente sealed the victory in the 72nd minute, latching on to a header from Trippier and showing remarkable pace and power to race past a defender and confidently dispatch his shot into the bottom corner.

A seventh straight league victory takes Atletico top of the table on 26 points after 10 games, two ahead of second-placed Real Sociedad who have played 11.

The result also means they have now gone unbeaten in their last 11 games against Valladolid (W10, D1) for the first time ever in the top-flight, keeping a clean sheet in seven of of their last eight of those.

Atletico have also now won their last six home games against Valladolid and all five under Diego Simeone, not losing as hosts since February 2009.

Next up Atletico travel to Austrian side RB Salzburg on Wednesday knowing they need a point to progress in Europe, while Ronaldo-owned Valladolid host fellow relegation candidates Osasuna on Friday evening.

The Rojiblancos' next league match is away to inter-city rivals and current champions Real Madrid.