Atletico Madrid must win away at Porto in their final Champions League group game - or face elimination from the competition. 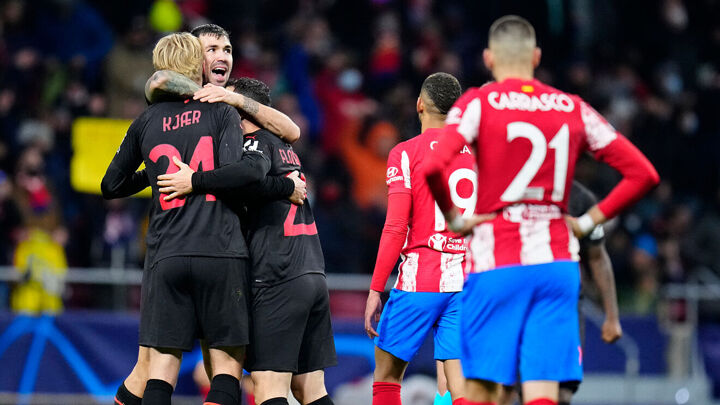 The reason? Losing to AC Milan on Wednesday night.

For Atleti it was a gut-wrenching end to the encounter, with Junior Messias - playing in Serie D as recently as 2017 - scoring an 87th-minute winner.

And now it's all uphill as Diego Simeone and his men must triumph in Portugal - and hope AC Milan don't beat Liverpool at the Stadio San Siro.

History might tell them everything's not lost - they won the Europa League in 2017/18 the last time they dropped out of the Champions League - but they, and the club's accountants, will not want to consider another run in Europe's second tier event just yet.

If Atleti had picked up the point at home to Milan that they were on course to, then they would have been sitting second in the group with better goal difference than Porto, and needing just a point from their final game.

As it is, it will be a three-way dogfight to secure a passage to the knockouts.

Overall, it's been a poor campaign in Europe for Simeone and his men - arguably his worst since being at the club.

Four points from 15. One win in five games. Drawing away at AC Milan and only able to scrape past Porto with a 97th-minute penalty, despite playing an hour with an extra man.

At least the task is simple for Atletico in the final game - win and hope.