Arsenal reportedly turned down two bids from clubs interested in signing Pierre-Emerick Aubameyang before tying him down to a new three-year deal. 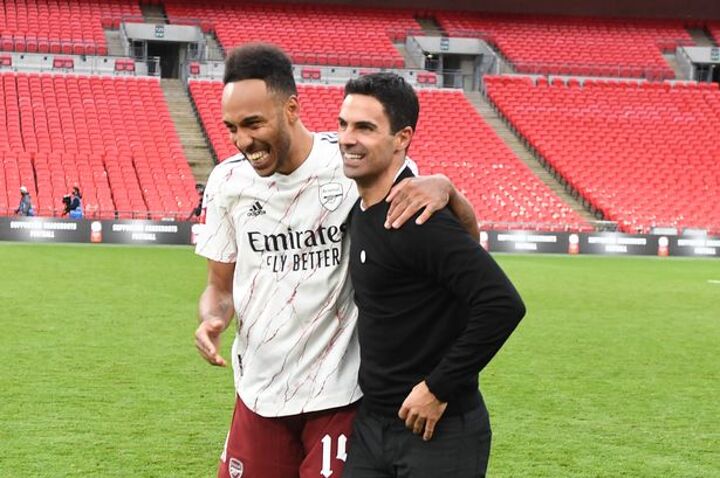 Following much speculation about whether he would stay or go, Aubameyang ended it all by committing his future to the Emirates on Tuesday.

Keeping hold of the 31-year-old, who has scored 72 goals in 111 appearances, is a huge boost to the club and manager Mikel Arteta.

In recent weeks, Arteta repeatedly expressed his confidence that Aubameyang would stay and continue leading a squad of players that are now starting to thrive under him.

Arteta said: "It was important for Pierre-Emerick to stay with us.

"He's a superb player with an incredible mentality. Being the player to have taken the least amount of time to reach 50 goals with this club tells you everything you need to know about him and his way of working.

"He's an important leader for the team and a big part of what we're building. He wants to be up there with the best players in the world and leave his mark. He can achieve that here."

But despite Arteta's optimism, according to Sky Sports, Arsenal's resolve was tested by 'two major offers' for Aubameyang this summer.

The report says the identity of the teams are unknown with Arsenal staying tight-lipped on the matter.

With his future now decided, Aubameyang can turn his attention towards taking Arsenal back into the Champions League and closing the gap on their rivals.

But Aubameyang also has his sights set on emulating iconic Arsenal players of the past.

He said: "Of course I knew about Arsenal before I arrived, everybody knows how special this club is," Aubameyang said.

"I've seen incredible players. Passionate players. Invincible players. I dream of being one of them, amongst the best, and staying in the hearts of the fans forever.

"I want to become an Arsenal legend, just like Thierry, Wrighty, Adams and Bergkamp. Too many to mention.

"My dad is my biggest inspiration and he was captain of his club and his country, so it means so much to me to be the captain of this special club. I want to leave a legacy, this is where I belong. This is my family."