Ghana skipper is set to join Qatari side Al Sadd, the club have announced. 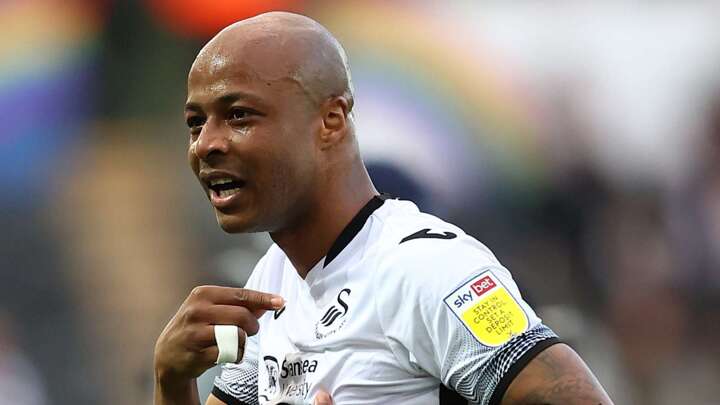 The 31-year-old is expected to seal a transfer on Thursday, having become a free agent following his departure from English Championship fold Swansea City in June.

"Al Sadd have reached an agreement to sign Ghanaian star Andre Ayew," the Qatari outfit have announced on social media.

"The player will arrive in Doha in the morning to complete the routine procedures, followed by the signing of the contract and the official announcement."

#AlSadd have reached an agreement to sign Ghanaian star Andre Ayew. The player will arrive in Doha in the morning to complete the routine procedures, followed by the signing of the contract and the official announcement#AlwaysAlSadd@AyewAndrepic.twitter.com/1hr7GLECQQ— 🏆 #75 Al Sadd SC | نادي السد (@AlsaddSC) July 21, 2021

It is the first time Ayew will play professional club football outside Europe.

Earlier this month, he was linked to English Premier League side Crystal Palace for a possible reunion with younger brother Jordan.

Turkish club Goztepe has also been named as a possible next destination.

"I cant’s say much. There are a lot of things in the pipeline in various leagues. I feel that I have what it takes to play in the best divisions, whether it is in England or France or Italy… I don’t have a particular place [for now],” Ayew told Joy FM about his future earlier this month.

“There also offers coming in from the Gulf, the Asia side etc… So I need to take my time and make the right decision for me, but also for the nation with all [Afcon and World Cup qualifiers] we have coming ahead.

"I will take my time, look at it very well and hopefully, sooner than later we will all be clear on something because I know that my fellow brothers and sisters, all Ghanaian people are waiting for that with a lot of impatience."

Last season, Ayew made 46 league appearances for Swansea City who reached the Championship promotion play-off final where they succumbed to Brentford.

He netted 17 goals in the matches, ending the term as the club’s top scorer, just as he did the season earlier.