Steve Bruce quipped that utility man Isaac Hayden might have to play up front against Rochdale on Tuesday, but Newcastle’s injury crisis is beyond a joke. 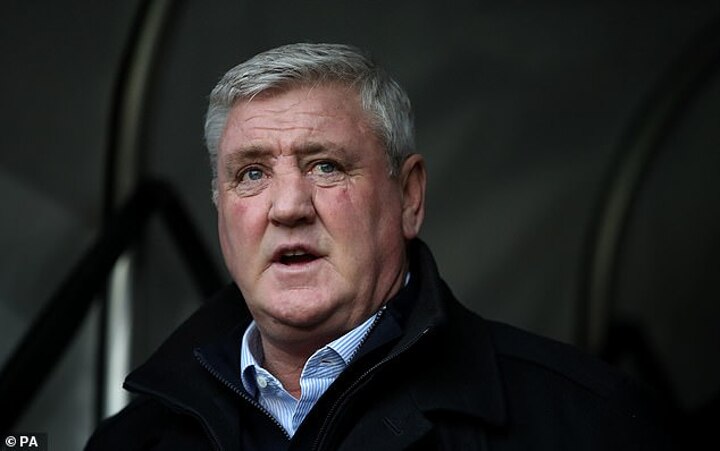 Bruce went into this match at Wolves with just 11 fully fit senior outfield players, confirming that Matt Ritchie was on the bench just to make up numbers. Only eight left Molineux without fitness problems as Paul Dummett and Dwight Gayle sustained hamstring injuries and Joelinton played on despite a groin complaint. It never rains.

Bruce admitted that the accumulation of problems has meant he is risking players who are in the ‘red zone’ where the likelihood of injuries is increased owing to fatigue. And so Newcastle are chasing their tails, hoping their luck turns. The manager rejects any suggestion that he and his staff can do any more to prevent muscle injuries.

‘I’ve got exactly the same medical staff as last year,’ he said. ‘Nothing has changed. Training is monitored. We’re all about recovery and preparation.

‘We’ve got more sports scientists than we know what to do with. I will have an in-depth look but I genuinely believe it’s playing people who are too tired. You could say, “Has Dummy come back too quickly?” But it’s his other leg. How can you justify that?

‘Dwight had trained like a beast all week. They’re all in the red zone now. If I measure the two Longstaffs and Miguel Almiron, they’ve run a million miles. To ask them to go again on Tuesday and do the same, you run the risk. But I’ve got no choice, I can’t rotate.’

Bruce said he could call up some youngsters from the club’s Under 18s for the FA Cup replay at St James’ Park, while Ritchie will start as he builds up his fitness. Joelinton must surely be struggling to feature. Perhaps the only positive is that Jamaal Lascelles may return tomorrow. 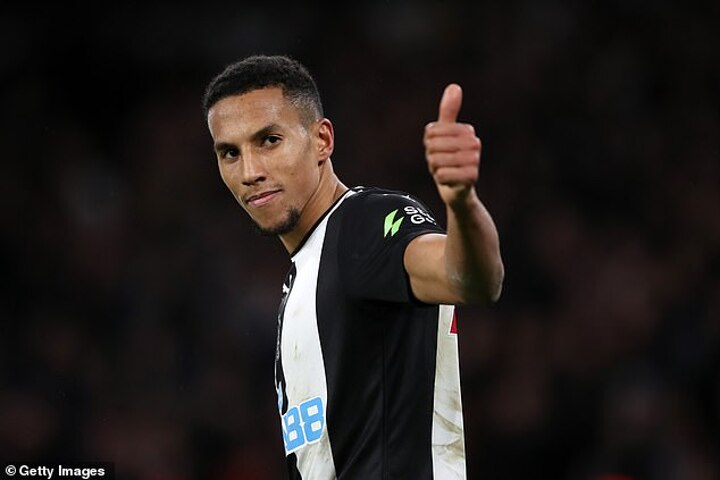 Hayden was the surprise inclusion at right wing-back against Wolves but operated professionally, besting Jonny for long spells.

‘We’ve got people playing out of position all over the place. I asked Isaac to play at centre half last week. He knows how valuable he is — maybe we’ll ask him to play centre forward, eh?’

Despite the crisis this was a very resilient display against a team who, according to Adama Traore in Saturday’s Sportsmail, have Champions League aspirations. Newcastle’s early goal — scored by the impish Almiron — was well crafted but Leander Dendoncker (right, with Joao Moutinho) equalised shortly after.

From there, Bruce’s committed side withstood the Wolves charge, led by Traore. Left wing-back Jetro Willems had plenty to do and compared the flying winger to Cristiano Ronaldo. ‘I have played against some very good players in my career but no one quite as fast as Traore,’ Willems said. ‘He is unbelievable. Not only is he incredibly fast, he is so, so strong.

‘I like to think I am quite fast too — at least I did before playing against him! I have played against Ronaldo who is fast but not that fast. Of course, he is so skilful but sometimes that is easier than being up against someone with such incredible pace.’ 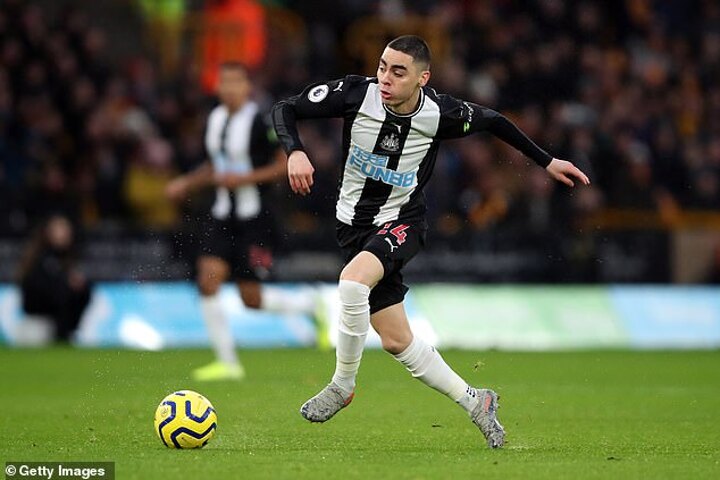 How Bruce must wish he had someone of that ilk to call upon, with Allan Saint-Maximin’s absence felt over the past month. The winger offers unpredictability from wide areas and a turn of pace to draw a foul or move Newcastle up the pitch.

In his absence it is the ever-improving Almiron who is the chief creator. The Paraguayan has scored three times in his last six games after 10 goalless months.

‘Miggy never lost his belief,’ Bruce said. ‘He’s been the real bright spark. We miss Allan but Almiron over a sustained period has proven he’s a top, top player. The kid deserves all the plaudits that come his way.

‘When he’s up against it he never shies away. He never shirks. You need that resilience when it’s not going for you in the Premier League.’