Gareth Bale has reduced his time spent on the golf simulator to avoid getting injured during the World Cup. 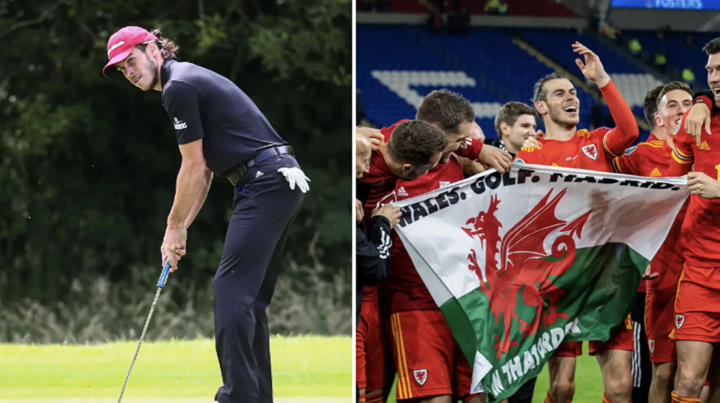 The 33-year-old scored Wales' first World Cup goal in 64 years, levelling matters with an emphatic penalty that he won against the United States on Monday.

Rob Page's side found themselves 1-0 down to a Timothy Weah strike but turned things around in the second half and claimed a well-deserved point in Group B.

They take on Iran in their second fixture and captain and record goalscorer Bale is going easy on the golf.

The former Real Madrid superstar's love for the sport has been well-documented and there was the infamous 'Wales. Golf. Madrid' flag that Bale posed with.

There was talk that he would be banned from playing golf during the Qatar showpiece but as an alternative Bale had a simulator brought to the Wales team hotel in West Bay.

However, in preparation for the crunch clash with Iran, he has knocked that on the head so he doesn't aggravate a back problem that he has suffered from in recent times.

“Gaz has had a golf simulator put up there so there have been a few competitions on that," Harry Wilson told The Mirror.

“When he has a swing he is very good. He hasn’t played as much closer to the game because his back might be feeling it a little bit.

“We have a few good golfers. Some play more than others. Matty Smith is very good. He is definitely top dog at that."

The flag does say Wales comes before golf and Bale, who almost single-handedly got his country to the tournament, is definitely sticking by that mantra.

Wales take on Iran at the Ahmed bin Ali Stadium at 10am on Friday morning and will hope to get their first win on the board going into the huge final Group B clash with England on Tuesday.