Barcelona broke another attendance record in women's football on Thursday as they beat Bayern Munich 3-0 in front of 46,967 supporters at Camp Nou. 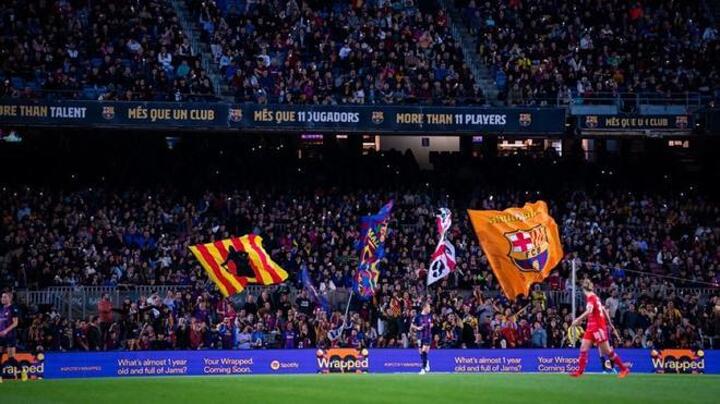 The crowd was the biggest ever for a group stage game in the Champions League and the fourth biggest ever in the tournament -- Barça hold two of the top three spots, too, both set last season at over 90,000.

Geyse, Aitana Bonmati and Claudia Pina were all on target as Barça beat Bayern to move three points clear of them at the top of Group D with three wins from three games in Europe this season.

The Barça fans smashed the previous record for a group stage game in the competition, which was previously held by PAris Saint-Germain, who has 18,341 supporters inside the Parc des Princes.