Barcelona have reportedly been offered the chance to sign Donny van de Beek but the Manchester United midfielder is determined to stay and fight for his place at Old Trafford. 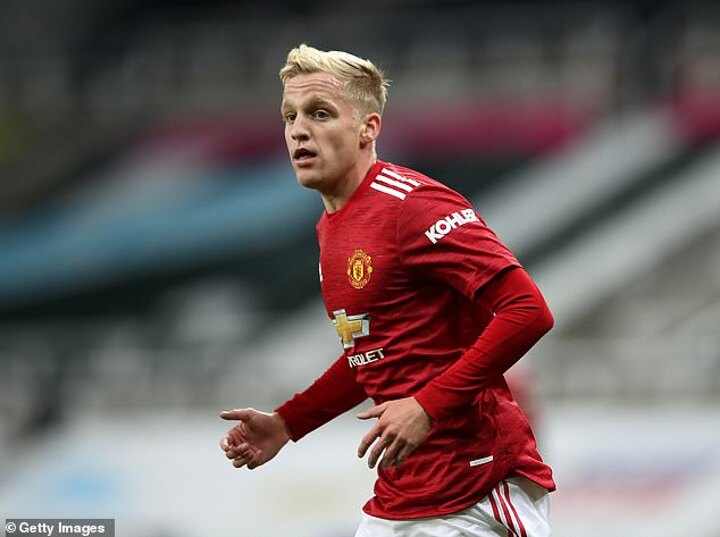 The Holland international endured a difficult first season under Ole Gunnar Solskjaer with the United boss handing him just four starts in the Premier League and 15 in across all competitions.

Spanish publication SPORT claim the United midfielder was 'offered' to Barca with the LaLiga club considering sending Samuel Umtiti in the opposite direction.

But the Manchester Evening News claim Van de Beek wants to stay and nail down a starting spot at United.

Sources close to the player told the publication that the midfielder is 'fit, fresh and ready for the challenge' as he works his way back to fitness.

The 24-year-old was forced to withdraw from Holland's Euro 2020 squad due to a groin injury and he has been training separately with the club's medical staff. 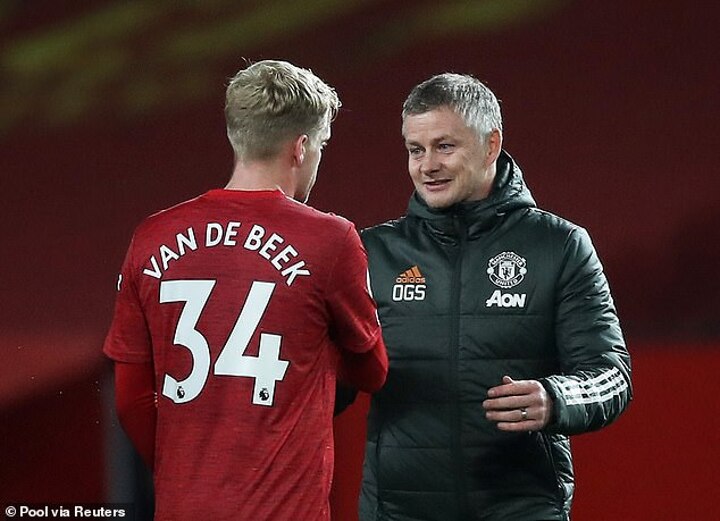 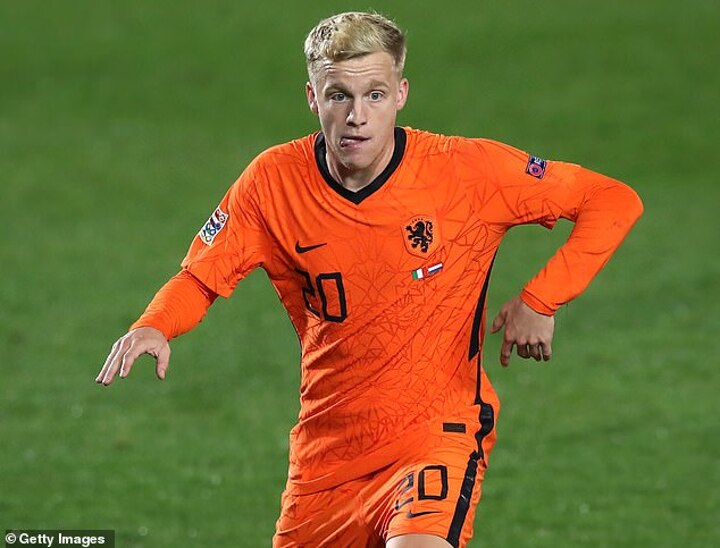 He and Anthony Martial, who is also recovering from injury, are expected to rejoin the rest of their team-mates on Monday.

The Dutchman scored on his debut against Crystal Palace but then struggled for game time.

Solskjaer opted to play Scott McTominay and Fred in the defensive midfield roles while Bruno Fernandes was the main man in the central attacking spot.

Van de Beek looked short of confidence during his cameo appearances last season and was unable to hide his disappointment while he sat on the bench or when he was taken off early in games.

'Clearly it's difficult, he hasn't had enough game time and you can see that in his play,' he told Stadium Astro in March.

'He's wandering and not really getting on the ball, doesn't know how to affect the game, can't demand the ball of his team-mates because they're not quite sure whether or not they have enough confidence in him. 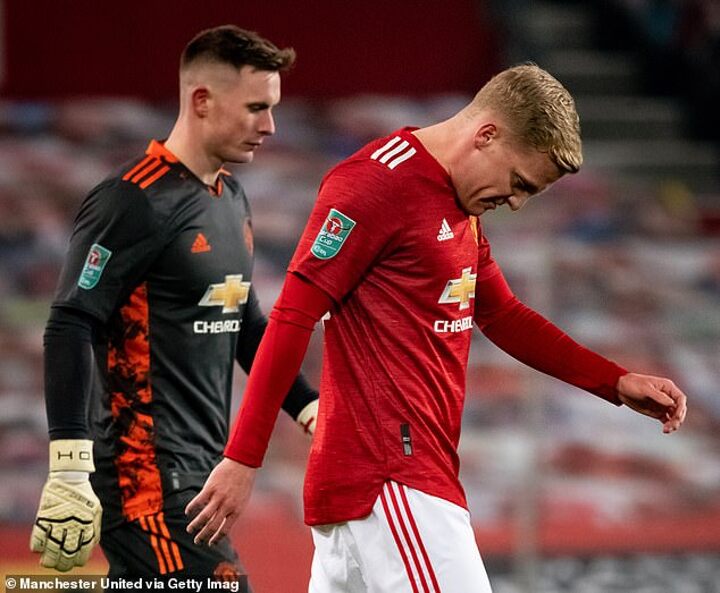 'He looks like a guy who's wandering around lost on the field. Okay, some of that responsibility he has to take on himself, he has to be more demonstrative, he has to be a key player.

'He's a big-money signing he's come from a big club in Ajax so he's used to being a top player of influence.

'But clearly, since he's come to United he hasn't shown anything like what the level he needs to be at to remain a Man United player.

'He can only have so many opportunities, at some point he's going to have to take them or United will move him on. I think they're edging towards that decision if he's not careful.'