The bad news about Gerard Pique's right knee is yet to be confirmed, although early tests suggest that he has suffered a sprain. The situation will become clearer on Sunday after further medical tests, though there is some positivity around the Barcelona squad as the injury doesn't appear to be as serious as was first expected. 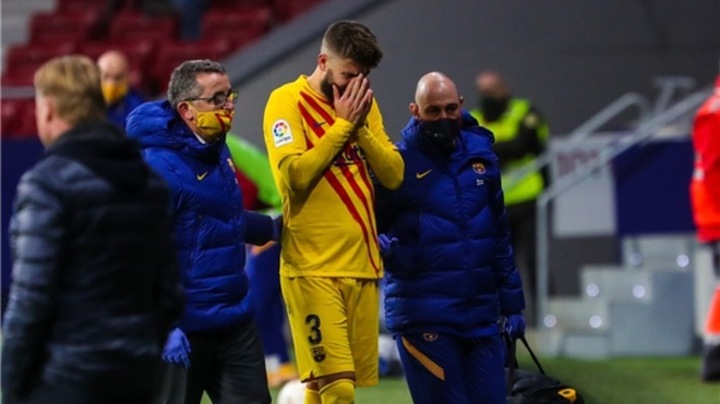 Pique realised the possible severity of the injury immediately after Angel Correa fell on his leg. He was clearly in pain and was on the verge of tears as he left the pitch. Fortunately, though, he was able to leave the pitch on foot. With Ronald Araujo also out, likely for two more weeks, Ronald Koeman only has Clement Lenglet and Samuel Umtiti available, though the coach hasn't given any chance to the latter yet this season.

Koeman will likely drop Frenkie de Jong back into defence, with him already having played there this term, including at the Estadio Wanda Metropolitano after Pique had gone off.

Sergi Roberto: The latest to fall

Sergi Roberto suffered a muscle injury that is also pending confirmation. He pulled up after taking a long-range shot late on. It's expected that he'll miss a few weeks as well.