Barcelona will not shut up shop for the January transfer market, despite their financial limitations. 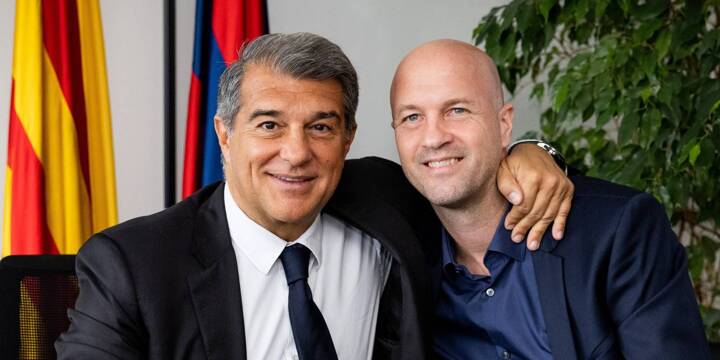 The Blaugrana are yet to register Ronald Araujo, Gavi and Inaki Pena to the senior contracts they have signed, in the Uruguayan’s case, a deal he signed over six months ago. Their struggles to remain inside the La Liga salary limit have curtailed both those promotions going through and further business.

In the meantime Memphis Depay has left the side for Atletico Madrid, for an initial fee of €3m. That is not expected to free up a great deal of space, but Sport claim that Barcelona will not give their hunt for a striker before the end of the window.

“I have said it from day one. Especially in terms of incorporations, I am calm. I do not rule out anything, but for the moment there is no news.”

The Catalan coach would ideally want a versatile forward who can come in and finish chances. Despite the unlikely nature of any such striker being available, the case of Pierre-Emerick Aubameyang last season as an example of things that can fall the right way.

Either way, it will be a loan or a free deal, if a striker does come in. While Xavi would obviously rather have more resources available, the fact that Memphis played just 206 minutes for the Blaugrana until his departure is an illustration of the fact that it would be difficult to bring in a better option. Those minutes may be best used on youngsters coming through at Barca Atletic.