All is not well at Barcelona, but that's no secret. Their 3-0 defeat at home to Bayern Munich on Tuesday evening didn't teach anybody anything, though it did deliver the Catalans with something of a reality check. 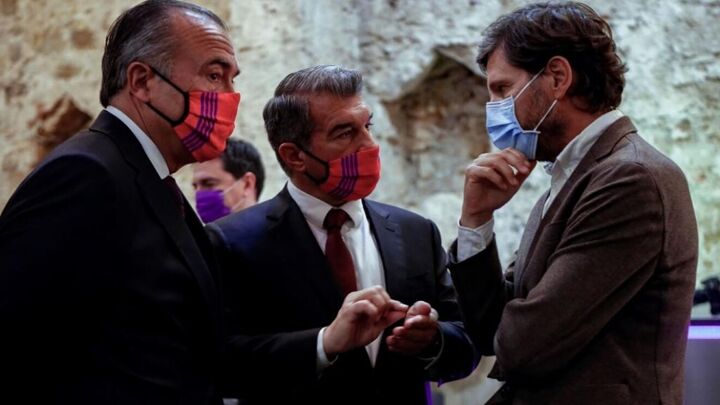 In the early hours of Wednesday morning, the club's senior officials met. President Joan Laporta was joined by vice president Rafa Yuste and CEO Mateu Alemany. Both Alemany and Yuste left at around 2am, while Laporta stayed put at the Camp Nou for longer.

It's not expected that any drastic decisions would have been made overnight, and everybody knows that Barcelona are not at Bayern's level anymore. Even Gerard Pique said "it is what it is" afterwards.

Bayern's superiority was clear once again, and now Ronald Koeman might just find himself in the eye of a storm.