Having looked like a man exhausted by the pressures of managerial life during the early weeks of the season at Tottenham, it appears Mauricio Pochettino is raring to get going again. 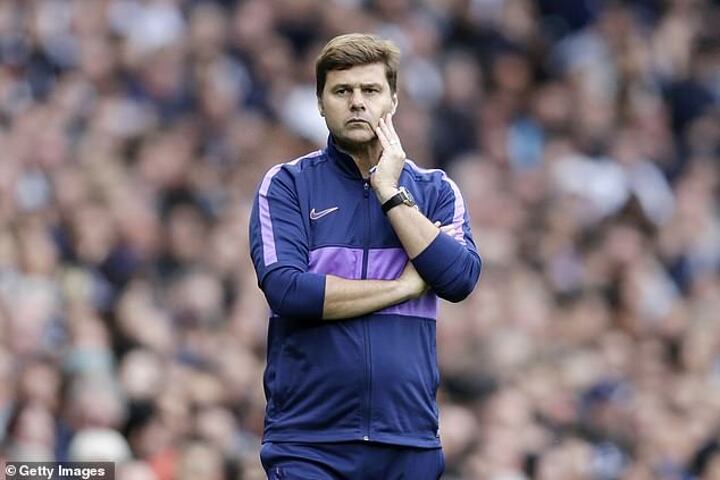 Five-and-a-half years in one job is pretty extraordinary longevity in football there days and so the Argentine would have been forgiven for wanting to take a sabbatical until next summer.

But having enjoyed the green green grass of home for a few days, Pochettino said: 'My best decision was to come to Argentina to switch off for 10 days. 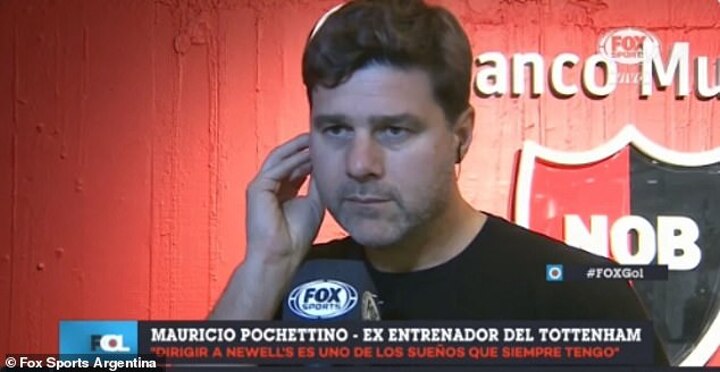 'At my age I don't need a lot of time to recover. I am open to listen to projects put before me.'

So it seems pretty clear Poch won't be having a proper break like Pep Guardiola did between his jobs at Barcelona and Bayern Munich, living in an apartment on Manhattan's Upper West Side, studying German and playing chess with Garry Kasparov.

Nor will he do as his successor at Tottenham, Jose Mourinho - keeping in the public eye by lobbing brickbats at all and sundry from the studios of BeIN Sports and Sky.

Yes, we can expect to see Pochettino, 47, back in the game soon and something suggests he won't be short of 'projects' to ponder.

The managerial tectonic plates at the Premier League and Europe's foremost clubs are shifting at the moment. 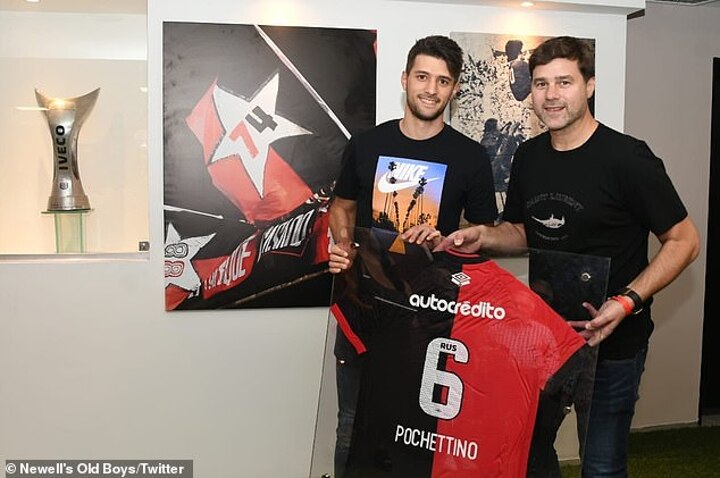 Bayern Munich and Arsenal are without a permanent manager right now, Ole Gunnar Solskjaer at Manchester United must be spooked by the sudden availability of such a talented manager in the market and even Zinedine Zidane at Real Madrid isn't looking as secure as he was a fortnight ago.

It's no surprise that that quartet of football Behemoths are attracting the shortest odds when it comes to Pochettino's next destination.

One thing is for certain - Pochettino is going to be making a step up from Tottenham when he signs his next contract and that's with all due respect to last season's Champions League finalists.

So who offers the coziest fit for an ambitious and still relatively young manager with an already glowing CV, unrivalled emotional intelligence and modern tactical ideas?

Let's start with Bayern, who have been without a manager since they sacked Niko Kovac last month following an inconsistent start to the season.

Hansi Flick has taken over in an interim capacity, quite possibly until the end of the season, and had been successful until they lost at home to Bayer Leverkusen over the weekend.

Bayern sit fourth in the Bundesliga table at the moment, four points off top, and it's a wholly uncomfortable situation for a club used to being about 10 points clear by now. 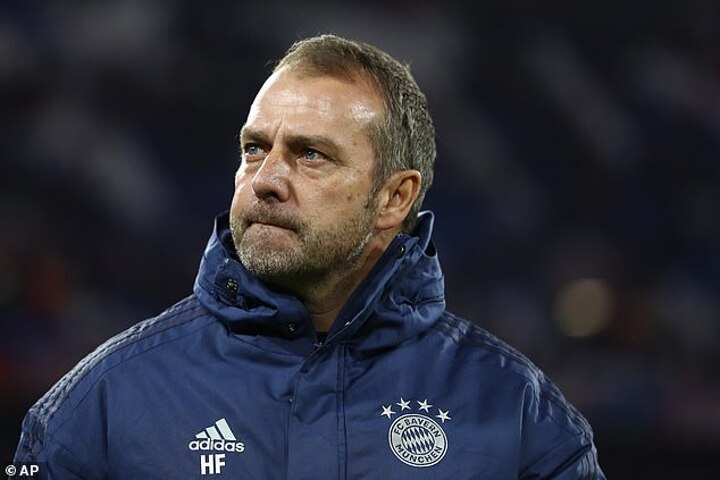 Flick is no Jupp Heynckes, their usual go-to man in an emergency who could typically ensure they won the Bundesliga title... and maybe even the Champions League as well.

Pochettino's sacking by Spurs has changed the dynamic for Flick, who doubtless believed he'd get the remainder of the season to impress.

Bayern certainly aren't a team to make knee-jerk decisions but they know as well as anyone that Pochettino will just be snapped up by someone else if they don't act quickly.

With Pochettino deciding not to take a sabbatical, they probably don't have the luxury of waiting until the summer to see how things play out.

Bayern would definitely appreciate Pochettino's brand of front-foot football, his tactical acumen and willingness to promote talented players from the academy. 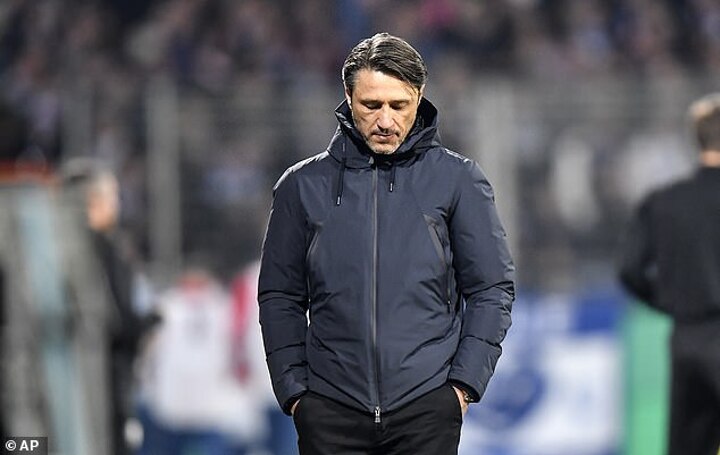 On the flip side, they would be concerned about the total lack of trophies on his managerial CV. Bayern are used to winning silverware each and every year and such has been their recent dominance of the German football scene, Pochettino surely couldn't fail to break his duck pretty soon.

He would be more likely at Bayern to be allowed to build things up slowly, rather than being viewed as a quick-fix solution to their current 'crisis' of only being fourth in the table.

One of the targets of a three-year deal in Munich would be to elevate them to the level of Champions League winners again, achieving what Pep couldn't, but he'd get the full three years.

Over at Man United, the current second favourites behind Bayern to appoint Poch, time would be more of the essence.

While all the noises from the hierarchy at Old Trafford are that they have full faith in Solskjaer and that he isn't going anywhere, they could well end up kicking themselves when United end the season in ninth. 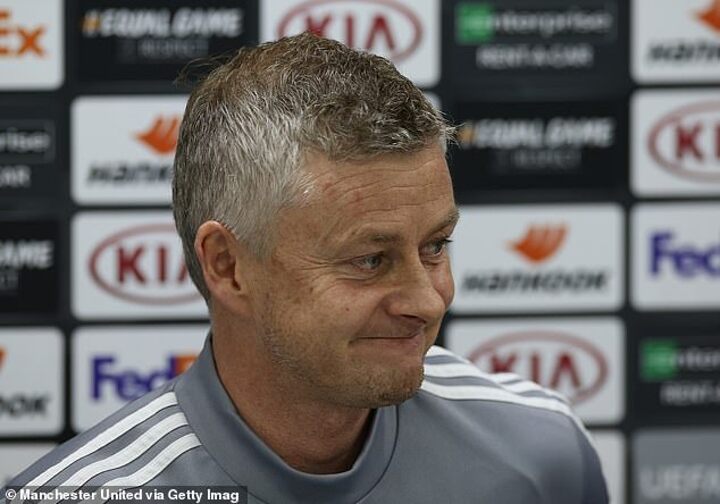 Solskjaer wants to embark on an Alex Ferguson-style grassroots-up rebuilding job that could take four or five years to pay dividends.

At the moment, in year one of the reboot, United are taking two steps back for every one forward. They look incredibly vulnerable, the aura of old completely diminished now. They look a mid-table side.

But the club is so rotten that even if they packed Ole on his way with a thank you note and appointed Pochettino, he isn't going to be the silver bullet they require. At least right away.

Some results would be better from the outset you'd imagine but it's painfully obvious the squad isn't good enough to challenge for major silverware.

Pochettino or whoever would need three or four transfer windows of serious investment to field a side worthy of the United of a decade ago. 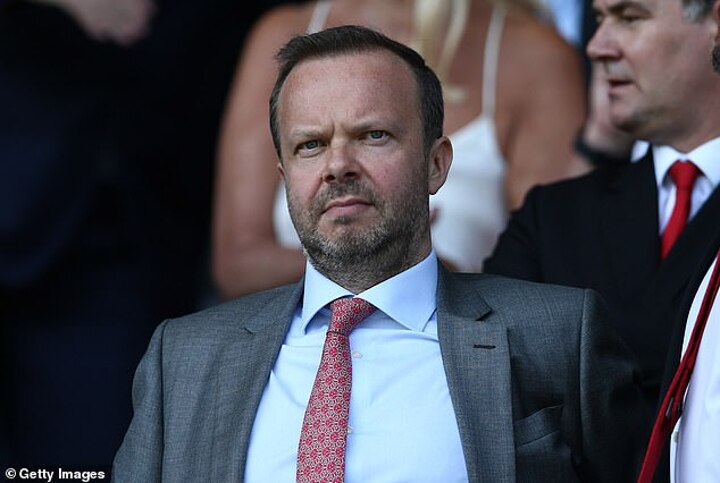 You suspect the outcome with Pochettino would be outstanding in 2022, but he may not be the short-term, everyone's happy solution to more fundamental issues at Old Trafford.

Not that this will stop Ed Woodward going for him, particularly if defeats this week to Mourinho's Tottenham and then Manchester City further increase the pressure on Solskjaer.

Over at Real Madrid, who apparently are having a bad season despite sitting joint-top of La Liga and qualifying for the last-16 of the Champions League - having lost two matches in both - the pressure of expectation would be most intense.

Every defeat is a crisis there and Zinedine Zidane was starting to wonder whether it was worth going back to his post at the Bernabeu.

His departure doesn't seem imminent despite Real being the third likeliest club to appoint Pochettino.

Another thing counting against the Argentine is that he rejected the Real job in 2018 or rather the Spanish club were stunned to discover he didn't have a release clause in the new contract he'd just agreed with Daniel Levy.

Real go through infatuations with managers and players, plus they also demand winners, and both factors count against the chances of bringing Pochettino in. 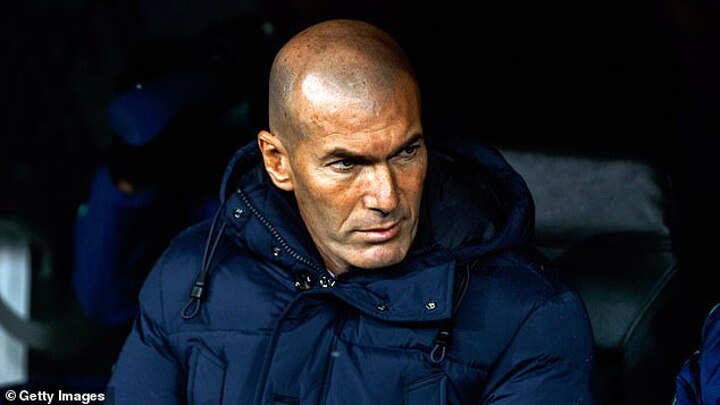 Which takes us to Arsenal. The prospect of a manager recently sacked by Tottenham walking straight into the top job at their bitter north London rivals just a few weeks later? Surely impossible?

It's really the only way Pochettino could dynamite his great relationship with the Spurs fans though you imagine Arsenal's would warm to him pretty quickly following the drudgery of Unai Emery.

Most managerial appointments are all about timing or a marriage of convenience and, well, here we are with Arsenal in need of one.

Stranger things have happened but you suspect Pochettino will seek to avoid all the toxicity this move would bring and steer clear of the Emirates.

So you'd say that Bayern Munich or Manchester United appear the most credible options at the moment if indeed Pochettino want to dive straight back in. Both would also wait until the summer too.