Bundesliga action resumes this weekend as tantalising ties are served up at both ends of the table. 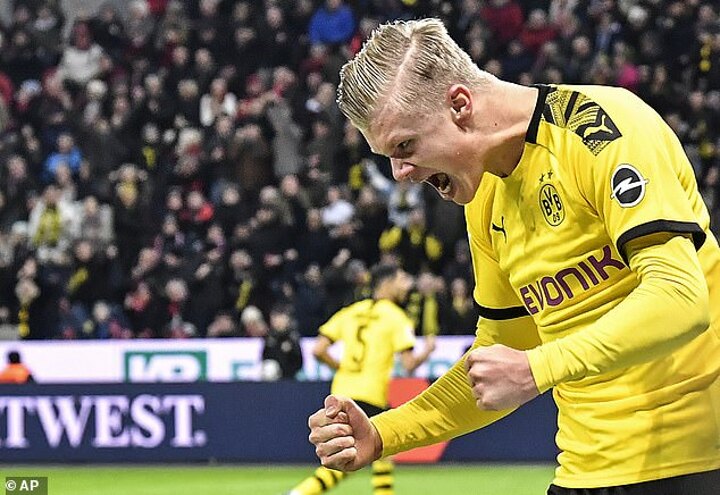 The increasingly exciting RB Leipzig have a prime opportunity to retake their place at the summit as they go up against strugglers Werder Bremen a day ahead of title rivals Bayern Munich facing Cologne.

Schalke have the opportunity to display their aspirations for a European place, while Borussia Dortmund must overcome an in-form Eintracht Frankfurt if they are to avoid falling further off the pace. Sportsmail takes a look at the action ahead...

Lucien Favre's side get the weekend's action under way, knowing they must produce a win in order to remain in contention and on the tails of the leading pack.

The men in yellow will be relying on Erling Haaland, who has made a blistering start to life in Germany after racking up seven league goals already. He failed to hit the back of the net during the recent 4-3 thriller with Bayer Leverkusen, so will be looking to get straight back on the trail.

Emre Can will hope to follow up on a highly impressive debut, while opponents Frankfurt have started the year in strong form with three wins and a draw from four Bundesliga games.

Bast Dos returns for the visitors after recovering from a stomach bug, though AC Milan loanee Andre Silva is still set to lead the line.

Timo Werner has been a man on fire for Leipzig this season, though is without a goal in four competitive games. In that time, they have failed to win.

It's cause for slight concern, though Leipzig know victory in this one would put them back ahead of Bayern - who play on Sunday - at the top of the pile. 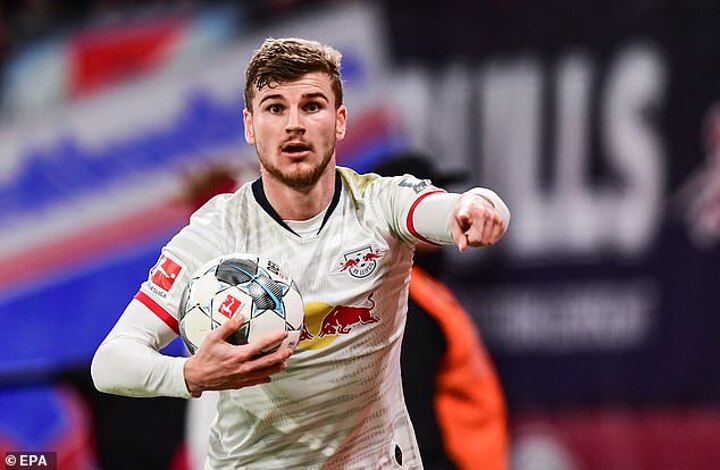 Tyler Adams has torn his calf muscle and could be replaced by Nordi Mukiele on the right. A return to a back four could cost Manchester City loanee Angelino his wing-back role on the other side at the Red Bull Arena.

Exciting American talent Josh Sargent is in line to return to the Bremen starting XI, while right-back Theodor Gebre Selassie is also expected to return after missing six games with a hamstring injury.

Augsburg's Florian Niederlechner is enjoying the best scoring season of his Bundesliga career and here he will face the club he left in the summer, Freiburg.

Niederlechner’s 11 goals this season already equals his best-ever haul from an entire Bundesliga season, and he'll be on the hunt to haunt his former employers.

The home side, currently sitting in 12th, are doing all they can to retain their top-flight standing this season, but have just one win from the last five.

Freiburg's nine wins so far is already one more than they managed in the whole of 2018-19 as they enjoy their third-best Bundesliga campaign to date. They sit in eighth. 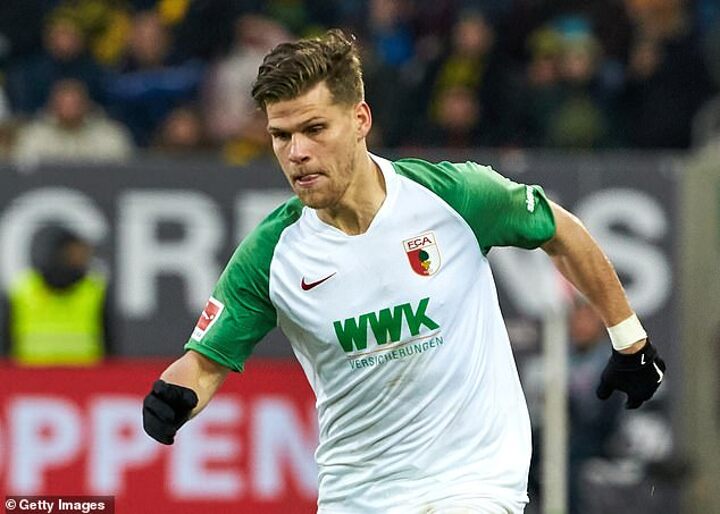 Hoffenheim enter this after a slog of a German Cup clash with Bayern Munich, in which they laboured to a 4-3 defeat, and a loss to Freiburg.

Depending on results this weekend, Alfred Schreuder's side could climb above Schalke - who travel to Mainz on Sunday - into sixth. Former Arsenal man Havard Nordveit is being tipped to return in defence at the expense of Ermin Bicakcic.

Christoph Baumgartner is pushing for a start in midfield and Hoffenheim will be boosted by the return of No 1 goalkeeper Oliver Baumann.

Wolfsburg have just one win from their last five and look out of sorts. Worryingly, the side have also gone nine games without a clean sheet, while seven-goal top scorer Wout Weghorst - who started the Fortuna stalemate on the bench - has not scored in seven matches.

New boy Krzysztof Piatek is expected to lead the line for the visitors, who have taken just five points from the last 15 available.

Steffen Baumgart's Paderborn side are fighting tooth and nail to avoid an immediate return to the second division and recently picked up a morale-boosting draw against Schalke.

The hosts could climb off the foot of the table, above Werder Bremen and into the relegation play-off spot currently occupied by Fortuna Dusseldorf, with a win in this one.

Gerrit Holtmann is missing through suspension for Paderborn, while Hertha take to their first match since Jurgen Klinsmann stepped down as boss.

Leverkusen are flying and hold serious intentions of getting into the Champions League this season. Recent victory over Dortmund, in a seven-goal thriller, has done confidence a world of good.

Young midfielder Kai Havertz has been the leading figure for Leverkusen so far this season, and looks set to take a starring role once again. It could be a milestone evening for the starlet. 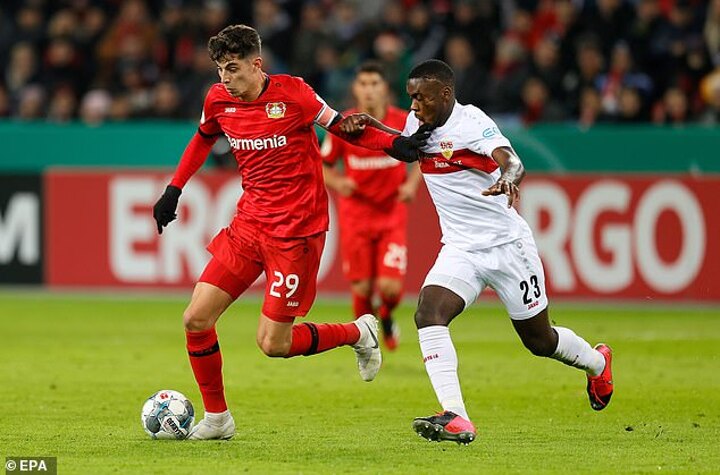 Maruis Butler has been among the goals for Union and is on course to retain his place for this clash. The inclusion of defender Marvin Friedrich - available after suspension - could be the only change to the side that got the better of Werder Bremen.

Fortuna have been winless during the American's absence, albeit unbeaten in their last two matches after holding Eintracht Frankfurt and Wolfsburg to 1-1 stalemates.

Defenders Kaan Ayhan and Andre Hoffmann miss out through injury and suspension respectively, while Nana Ampomah could be preferred to Bernard Tekpetey in attack following a switch up of personnel.

Gladbach have been one of the surprise packages this season, and enter the weekend in fourth place, only four points behind leaders Bayern Munich.

The side are well rested and now hold a game in hand after last weekend's Rhine derby with Cologne was called off due to bad weather.

Marcus Thuram, Breel Embolo and Patrick Herrmann will take up attacking duties in the absence of leading goalscorer Alassane Plea, who scored recently against Leipzig in a 2-2 draw but was also sent off in the same match.

Jhon Cordoba may be in blistering form though he'll have his work cut out trying to outscore the league's top scorer Robert Lewandowski as Cologne host champions Bayern Munich on Sunday. 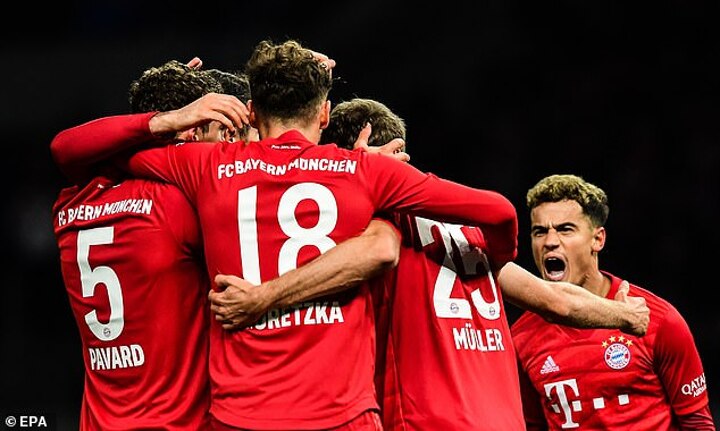 Cordoba will be Cologne's prime outlet. The forward has scored in six successive matches on home soil, including goals in the victories over Freiburg (4-0), Wolfsburg (3-1), Werder Bremen (1-0) and Bayer Leverkusen (2-0). Thomas Kessler is the only absentee for the hosts.

Prior to this clash, Bayern had recently embarked on an eight-game winning streak (all competitions), before a goalless draw with Leipzig placed a speed bump in the road.

That draw kept Bayern a point ahead of contenders Leipzig and narrowly atop the table as a result. Barcelona loanee Philippe Coutinho is likely to start from the bench for a fourth time in succession, while Ivan Perisic misses out through injury.

Defender Niklas Sule remains a long-term absentee, and Javi Martinez is unexpected to feature despite recently returning to training.

Mainz recently got themselves out of a horrible rut with a much needed victory over Hertha Berlin prior to this one. A run of four consecutive defeats had made their situation very bleak indeed.

Still, the home side remain four points clear of the relegation zone and will be quietly confident they can at least take a point from a Schalke side who have drawn their last two matches.

Alexander Hack could return having sat out the previous two matches. Stefan Bell and Edimilson Fernandez remain sidelined through injury. 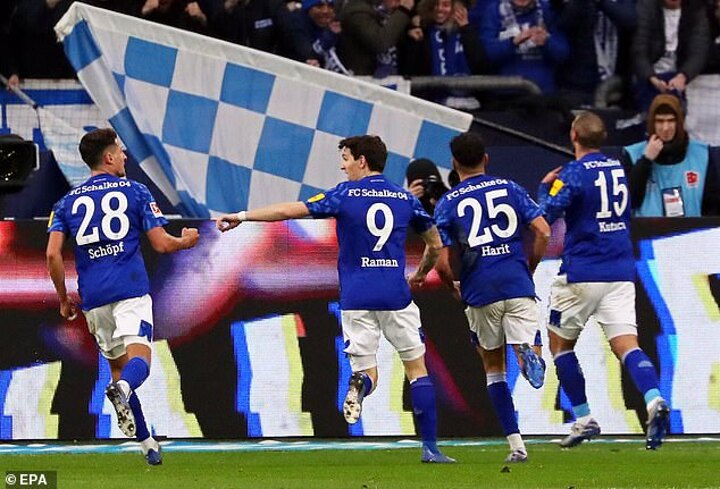 David Wagner’s Schalke side have been excellent at home and haven’t tasted defeat on their own patch since losing 3-0 to Bayern Munich on the second weekend of the season. On the road, however, it is a different story (four wins, three draws, three defeats).

Results depending, victory for Schalke could propel them ahead of rivals Leverkusen in fifth.