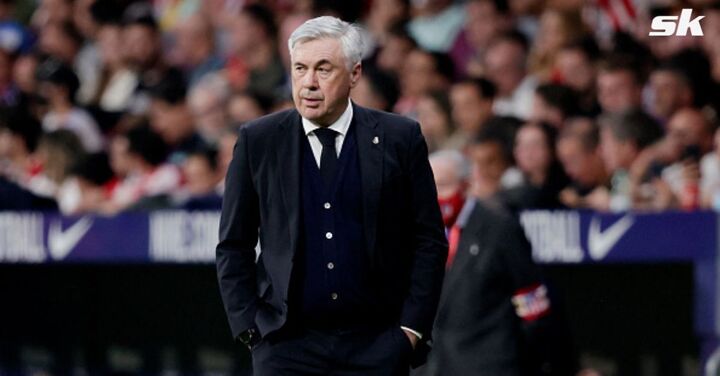 The Uruguayan signed an extension until 2027 with Los Blancos last summer but Manchester United and Liverpool were reportedly eyeing him.

But the 23-year-old stayed on at the Santiago Bernabeu and if there was any speculation over a possible summer move, then Ancelotti has laid them to rest.

"Fede Valverde is UNTOUCHABLE in this team."

A graduate of Real Madrid's youth academy, Valverde made his senior debut for the club in the 2018-19 season after returning from a loan spell at Deportivo La Coruna.

Initially limited to a bit-part role, the Uruguyan established himself in the side from the following season and played a big role in their La Liga title success this season too.

His intensity, ball-carrying ability, defensive work and energy are incredible and became a model of consistency for his top performances week in and week out.

With the La Liga title already in the bag, Real Madrid are looking to win their record-extending 14th Champions League title later this month.

Just once in the Champions League-era have Madrid pulled off a league and European double - in the 2016/17 season when the Whites romped to both titles.

They have a chance to repeat the incredible feat again this season.

Standing in their way is Liverpool, who're looking for vengeance, having painfully lost the 2018 finals against Madrid.

A Sergio Ramos-inflicted injury to Mohamed Salah followed by two embarrassing howlers from Loris Karius ended in a 3-1 defeat for the Reds in Cardiff in 2018.

However, the Reds have improved vastly since then, even winning their sixth European title the very next year to seek redemption.

But there's still a feeling of unfinished business against the Spanish giants, who've become the comeback kings of Europe this season following remarkable turnarounds in the knockout stages against PSG, Chelsea and Manchester City.

A cracking final awaits at Saint-Denis in Paris on May 28.