Jorginho has been spotted on the celebrity dating app Raya, after jetting to Miami without his girlfriend Catherine Harding. 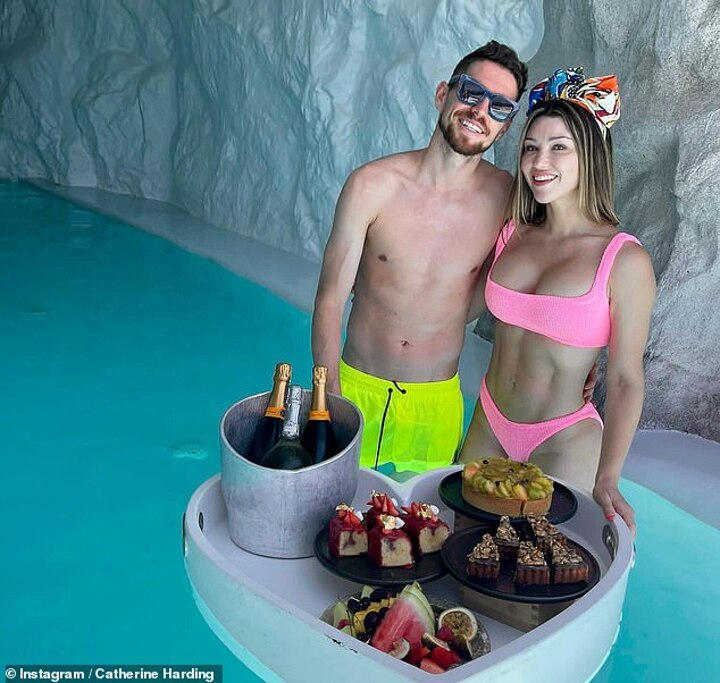 The Chelsea FC star, 30, who began dating the singer in 2020, has travelled to Florida with his teammates for a getaway during the Premier League's winter break, leaving his girlfriend and their son at home.

Jorginho's profile was spotted by a fan who linked up with his account, and they noted it does not include the 'just here for friends' message when appealing to potential matches.

According to The Sun, Jorginho's profile links to his official Instagram account, which boasts three million followers, and notes that he is 'visiting Miami from London.'

The user who discovered the profile said: 'I was shocked because I know he has a girlfriend from what I'd read before.

'His profile's full of pictures of him playing for Chelsea or Italy. There is another shot of him topless in a pool. Our profiles matched but I didn't speak to him because I knew he was with someone.'

MailOnline has contacted a representative for Jorginho for comment.

Jorginho and Catherine, who performs under the stage name Cat Cavelli, began dating in 2020, and they share son Jax, 16 months, after he split from his wife of Natalia Leteri.

The couple, who share son Victori and daughter Alicia, had been married since 2017, and were together for three years.

Catherine, who also has daughter Ada, six, with actor Jude Law, took to Instagram to share a family snap with Jorginho and her children. 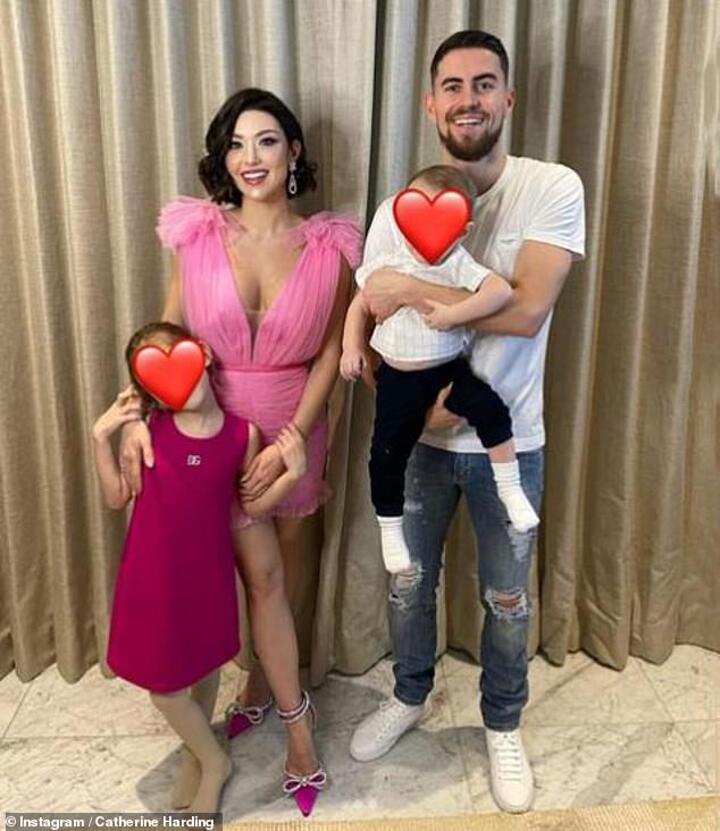 The caption said: 'Here’s to a happy healthy 2022 achieving goals and living every minute of life to the maximum.'

Raya is often described as the celebrity version of Tinder, as the dating app requires a membership and a vetting process, which is enticing to big stars.

A number of celebrities have joined Raya over the years, likely drawn to its exclusivity, and its promise that all members will have the same expectation of privacy, though that hasn't stopped several star from talking about their own experiences on the exclusive dating app.

Amy Schumer, 39, met her former boyfriend Ben Hanisch on Raya, while Drew Barrymore, 46, revealed last year on Watch What Happens Live With Andy Cohen that she 'got stood up by a guy who owned a restaurant' after matching with him. 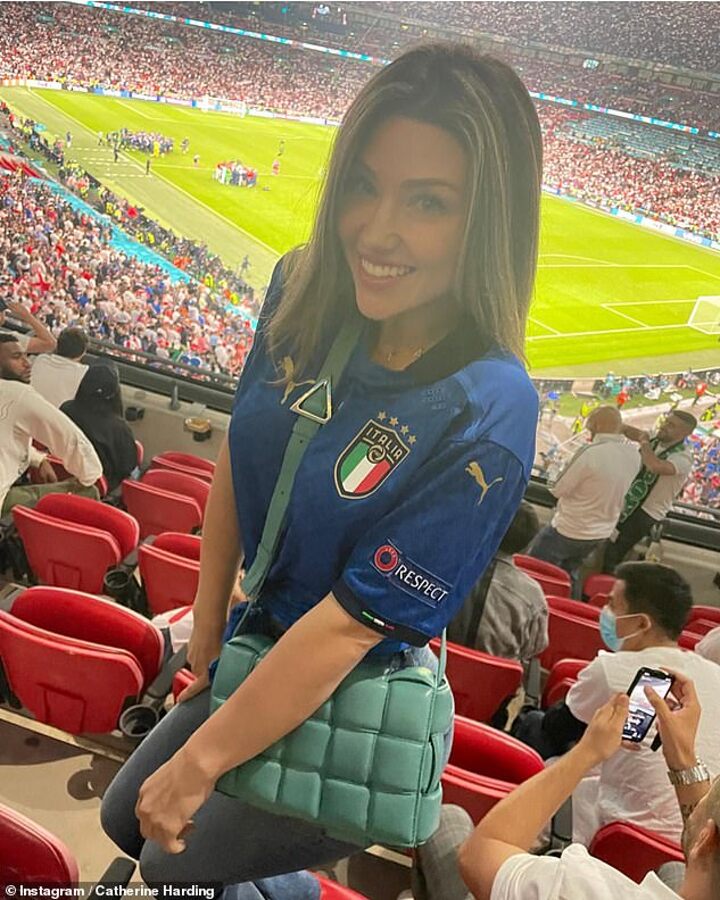 Though she didn't name names, Barrymore said she saw so many celebrities swiping through Raya that it 'was like looking through an Us Weekly.'

Paul Mescal, Sharon Stone, Channing Tatum, and Emilia Clarke are just some of the A-listers who have reportedly had memberships at one time or another.

Others rumoured to have used the service include Lily Allen and Cara Delevingne.