Chelsea were linked with Inter Milan full-back Denzel Dumfries for much of the summer transfer window, and rumors linking both parties have continued. 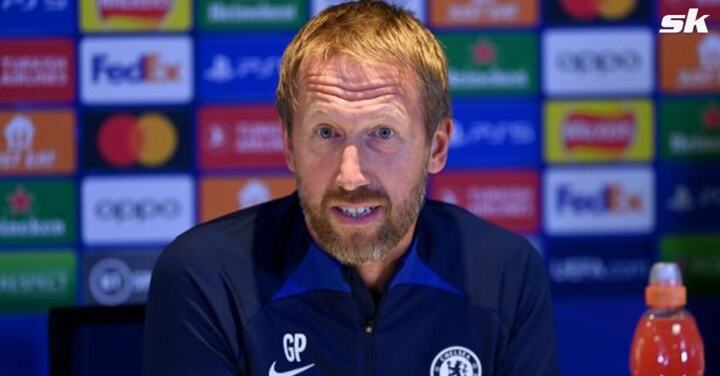 According to InterLive (via Sport Witness), the west London outfit are prepared to spend as much as €80 million to bring the Dutchman to Stamford Bridge.

The Blues may not have signed him in the summer but are reportedly set to return for Dumfries in the winter. The west London outfit are are set to offer Inter €40 million to complete the transfer. They also plan to offer the defender a gross figure of €8 million per season across a five-year contract, which will see Chelsea invest a combined €80 million.

With Reece James currently playing at right-back at Stamford Bridge, Dumfries is likely to join as a backup player for the England international.

The Dutchman has impressed in Serie A, scoring one goal and providing an assist in six starts for Inter. He has also been impressive for the Netherlands, scoring two goals and providing one assist in their UEFA Nations League campaign.

Dumfries has responded to the rumors linking him with a move to the Premier League by stating that he felt honored he was attracking interest from the Blues. Speaking to Telegraaf (via Si), the full-back said:

"The interest flatters me, of course. But my focus now is only on Inter. We want to win the Scudetto because we lost it last season."

The Si report also noted that Chelsea weren't the only club interested in Dumfries as Manchester United have also been linked with the defender.

Chelsea might have to replace Trevoh Chalobah in January: Reports

While the Blues prepare to bring in one defender, another may be leaving Stamford Bridge in the coming year. Trevoh Chalobah has only played 90 minutes of football this season, with players like Wesley Fofana and Kalidou Koulibaly above him in the pecking order.

Chalobah was interested in a loan move away from Chelsea in order to get more playing time in the summer as per Football.London but ended up staying at the club. If his game time does not improve under new manager Graham Potter, a loan or permanent transfer may be on the cards for the English defender.