The Blues are in the United States to face New England Revolution in a friendly match that seeks to bring awareness on discrimination and hate. 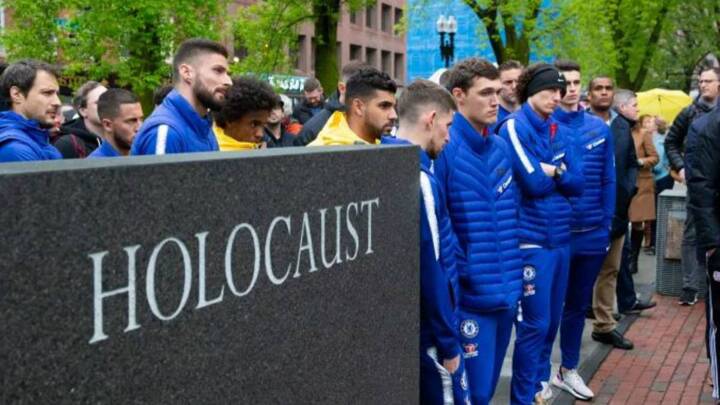 The New England Holocaust Memorial located in the heart of the city's downtown saw its many visitors increased in numbers with the Blues and NE Revs squads. The players walked through the towers the most prominent feature, read the inscriptions and listened to testimonials from descendants of Holocaust victims and survivors.

The memorial was founded by a Holocaust survivor who arrived in Boston after the war, and its six towers represent the millions of victims, the victims from death camps, with a row of candles and the years from 1939 to 1945 which represent the infamous tattoos forced onto peoples arms.

The 'Final Whistle on Hate' match highlights a campaign against antisemitism and discrimination, an idea developed by Roman Abramovich and Robert Kraft, both clubs owners, in order to raise awareness for several initiatives that fight against discrimination, persecution, and hatred.

The idea of the match and initiative comes due to the rise in antisemitic activity and hate crimes, including last year tragic massacre at the Tree of Life synagogue in Pittsburgh. Abramovich and Kraft have given their full backing to the initiative by donating $1 million in support to the cause.