The clamour for Manchester United to sign Christian Eriksen gathered pace when Brentford visited Old Trafford in May. 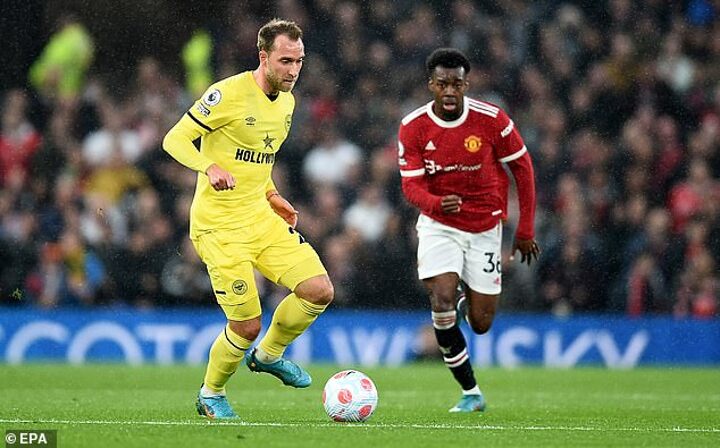 While the match itself was largely meaningless and had a true end of season feel, Eriksen was arguably the best player on the park - even if his side were soundly beaten by United.

The 30-year-old showed he was still capable of playing at the top level, an incredible feat for someone who had suffered a cardiac arrest on the pitch at Euro 2020, as he demonstrated his vision, wide array of passing and the ability to dictate from the middle of the pitch.

That 90 minutes at Old Trafford was a perfect illustration of his short spell at Brentford, who he joined in January after having his contract terminated at Inter Milan in December.

Eriksen drew admirers not just for the fact he was back playing - a remarkable achievement in itself - but for the way he controlled games for Thomas Frank's side. 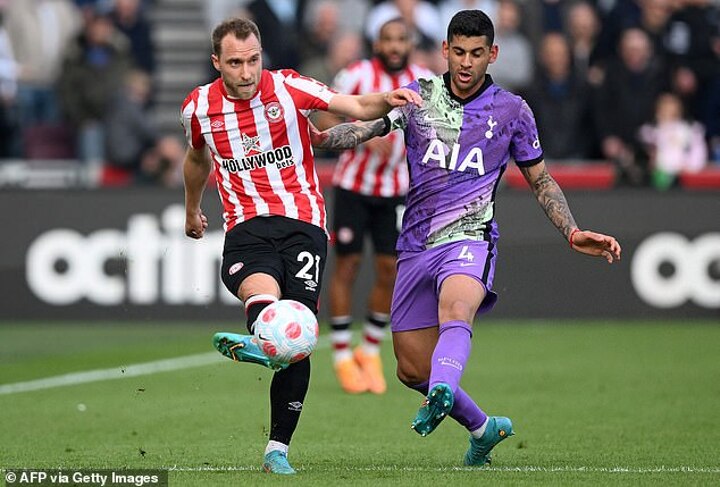 It was no wonder Brentford were desperate to keep him. The Bees offered him a contract to stay in West London, but the Danish star is heading for United after verbally agreeing to join Erik ten Hag's revolution.

Here, Sportsmail looks at his potential role at United, how his impending arrival has been received by fans and why he may have a point to prove.

Where will Eriksen fit in?

United have been crying out for depth in midfield for years, a need exacerbated by the departures of Paul Pogba, Nemanja Matic, Juan Mata and Jesse Lingard this summer.

The signing of Eriksen gives the Red Devils another option and adds a touch of class to a much-maligned midfield unit. 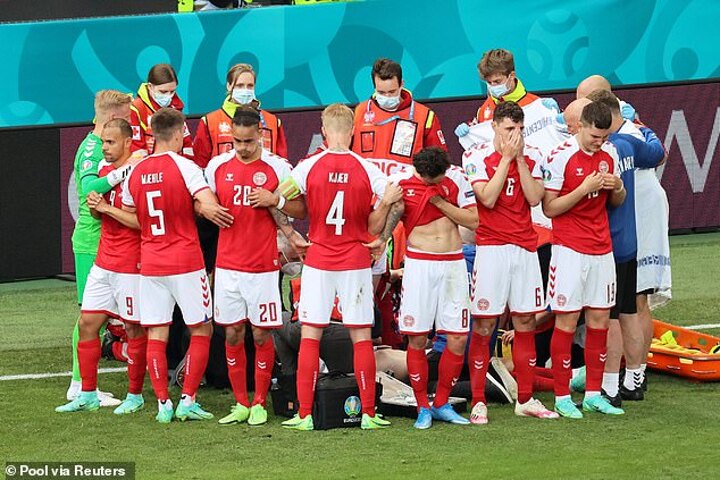 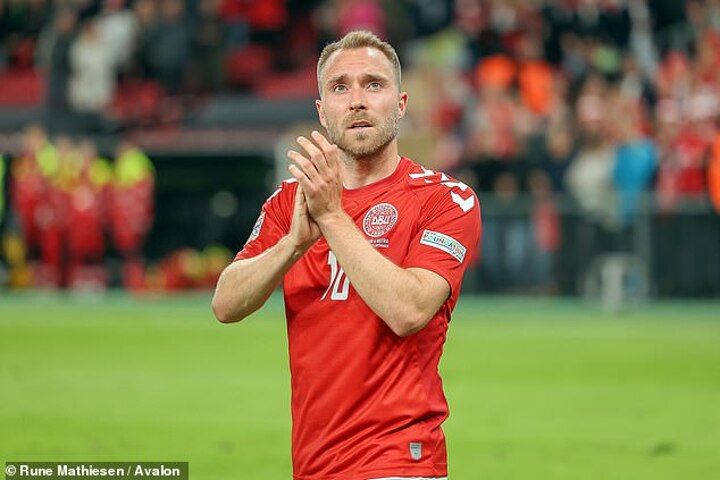 Eriksen has adapted his game over time, regularly coming deeper to pick up the ball for Brentford and his passing and creativity from those areas will be an asset for United.

The Red Devils will be in the Europa League next season after failing to finish in the top four following a dismal and forgettable end to the campaign and will need all the players they can get to tackle the gruelling European schedule.

Eriksen is likely to be a squad player under Ten Hag, given Bruno Fernandes' prominence and the possible signing of Frenkie de Jong, but he is a natural fit in the Dutchman's preferred 4-3-3 formation when called upon.

He could also provide competition to Bruno Fernandes, who perhaps needs to feel his place is under pressure if he is to recapture the form that quickly propelled him to hero status at Old Trafford. 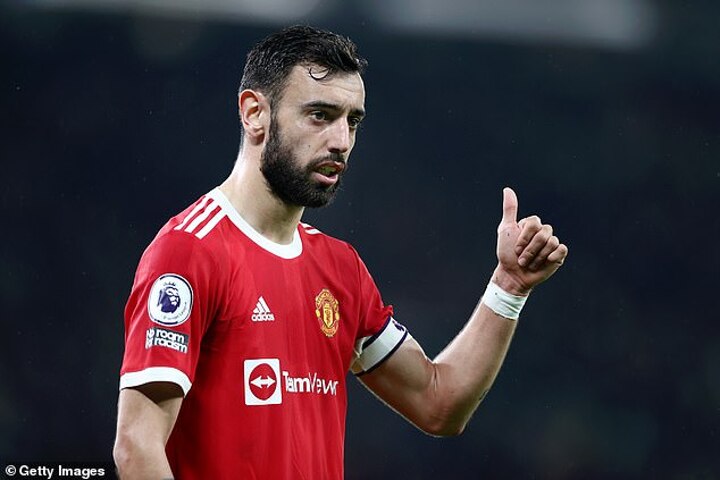 On the other hand, Fernandes has shown his petulant side too often for many fans' liking and there is no guarantee he reacts well to Eriksen joining the club.

It is unlikely that Eriksen will immediately dislodge the Portuguese but Fernandes will be wary that, if he fails to reach his previous heights, the Dane will be waiting to seize his opportunity.

How has the signing been received?

The majority of United fans seem to have reacted positively to the arrival of the Dane, who is set to be the club's second signing of what has been a frustrating window thus far.

Smart business and United have rarely gone together in recent years, particularly under the now-departed Ed Woodward, but there is little doubt the move for Eriksen is a shrewd one.

Some have lamented the fact that Eriksen, like so many others who have come through the door at Old Trafford, did not join the club five or 10 years ago. 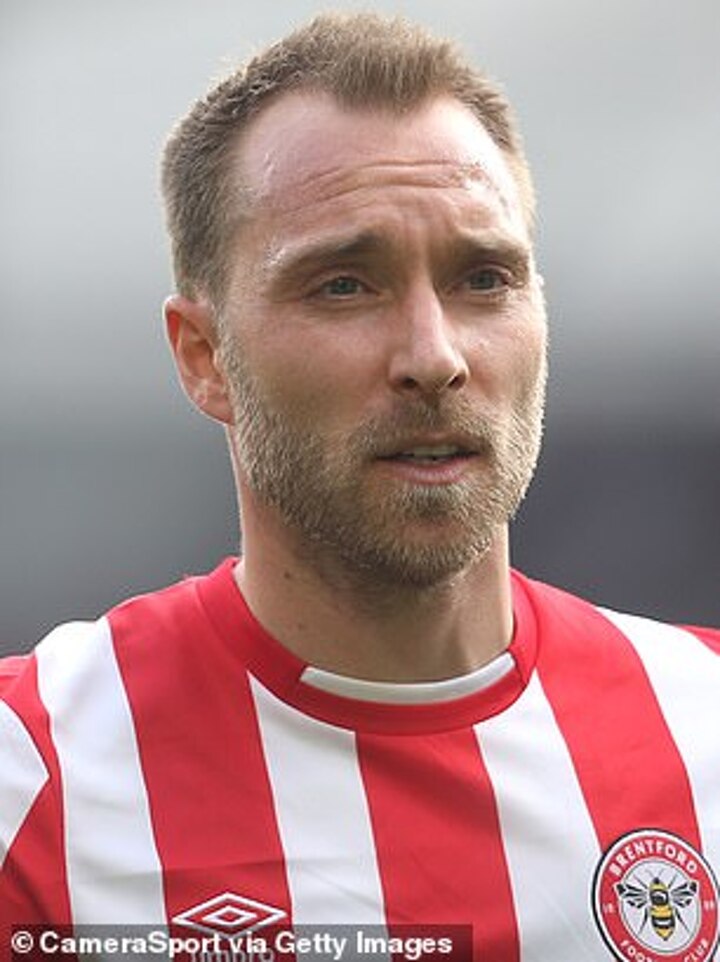 'He'll join a long and prestigious list of players who've arrived at least a decade late,' one fan wrote on Twitter.

Former Liverpool midfielder Danny Murphy is not so sure. Murphy said he would be 'underwhelmed' if he was a United fan and said the Dane is 'not world class'.

'I really like Eriksen, I've always admired him in terms of his creativity and the way he plays his football,' Murphy told talkSPORT.

'He tries things, he's good at set-plays, two good feet but would it excite me if I was a United fan? He's going to be a squad player, isn't he?

'He could change a game, yes, that's fair. He could come off the bench and change a game but is he going to bring United closer to Liverpool and City? Nowhere near it.

'In the cold light of day, if they want to be competitive against Liverpool, City and Chelsea, or even just Liverpool and City, that's not the type of signing United should be making.'

Eriksen was nicknamed 'golazo' for his tendency to score or make an assist at crucial moments and described as being the 'brain' of the team by former boss Mauricio Pochettino after his largely successful spell at Spurs.

He became a fan favourite at the club where he made more than 300 appearances but his last season was a difficult one to say the least. 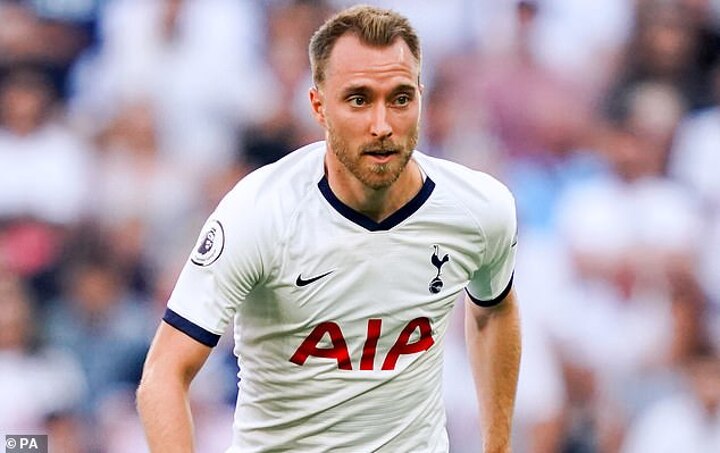 Eriksen was cast as the villain of the piece towards the end of his time in North London after saying he wanted to leave in the summer of 2019. A protracted saga followed - not of the player's doing, it must be said - and he did not depart for Inter Milan until six months later.

Spurs fans slowly turned on their once-lauded playmaker and he was booed by sections of the club's fans in his final three matches for their side.

His desire to embark on a new challenge, coupled with his below-par displays on the pitch, threatened to tarnish his legacy at Spurs but he is still remembered fondly and there are supporters who may have wished he returned rather than sign for United. 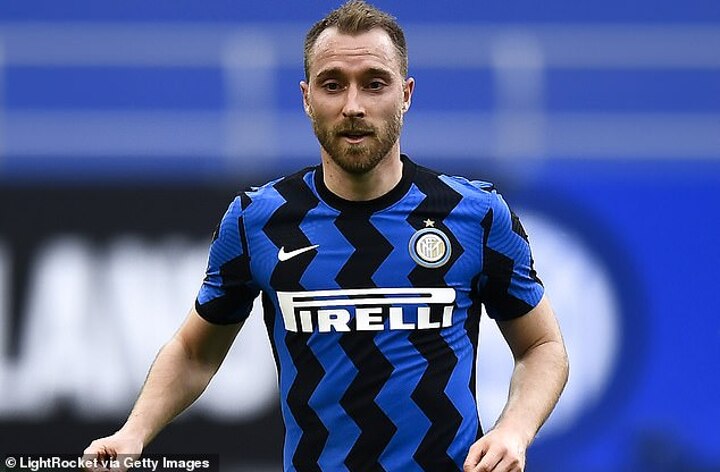 Eriksen also endured a mixed spell at Inter after finally quitting White Hart Lane. He played 60 matches, scoring eight goals, before his stint in Italy came to a premature end following his cardiac arrest while playing for Denmark against Finland at Euro 2020.

He had struggled to make his mark with the Serie 'A' outfit, who were forced to terminate his contract as he would have been prohibited from playing in Italy with an implantable cardioverter-defibrillator due to local health regulations.

What made him choose United?

Eriksen had plenty of offers on the table after shining at Brentford, where he scored one goal and made four assists in 11 appearances.

As well as United and Brentford, Everton, Leicester, West Ham and Ajax were all keen on securing his signature, while there were also rumours of interest from Spurs.

While the Dane will accept he will not be first-choice at United, the chance to play for one of the game's biggest clubs - likely for the last time in his career - was too good to turn down. 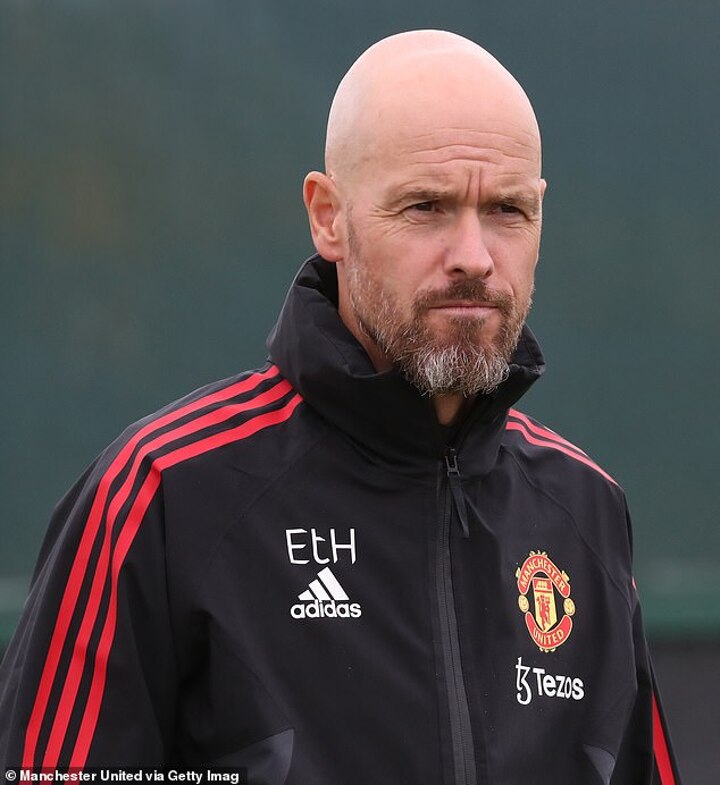 He may also have wanted to be part of a new era at Old Trafford under Ten Hag. The two would have briefly crossed paths in Dutch football as Eriksen was at Ajax, the club Ten Hag left to take up the managerial hotseat at United, from 2010 to 2013.

The midfielder must first go through significant medical tests before the deal is finalised, as contracts are being prepared, but it is a formality now that he signs for the club.

He is also expected to earn a decent wage and fans will hope he justifies his salary by bringing his Brentford form with him to Old Trafford - for them instead of against them this time.