Colombia and Guatemala will lock horns at the Red Bull Arena in Harrison, United States, in a friendly on Saturday night (September 24). 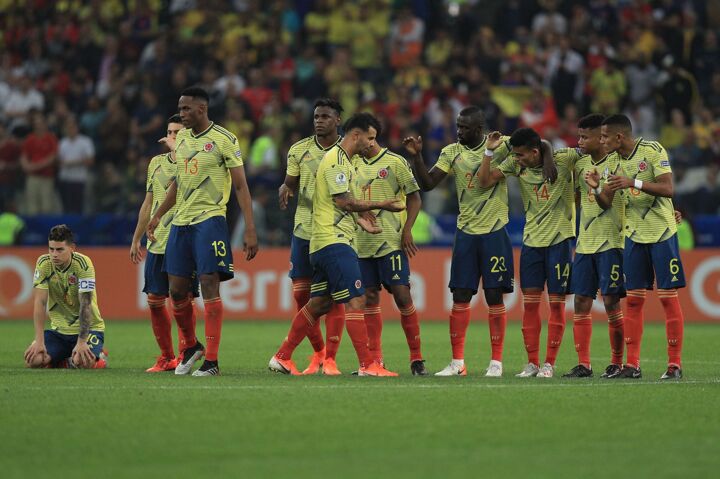 The Tricolors failed to qualify for the FIFA World Cup following a tumultuous qualifying campaign, ending sixth after accruing just five wins and 23 points from 18 games. For the first time since 2010, they won't be in the finals.

Guatemala, who've never made a World Cup appearance, failed in their bid to do so after going out in the first qualifying round. The Mayans, however, are going strong in the CONCACAF Nations League, collecting seven points in three games to sit in second place in Group D.

There have only been six clashes between the two teams before, with each team claiming two wins apiece.

This will also be their first encounter since February 2013.

The Tricolors have called up a 26-man squad for their friendlies against Guatemala and Mexico. Liverpool forward Luis Diaz and Juventus star Juan Cuadrado are the headline inclusions.

Prolific striker Radamel Falcao could earn his 100th cap and become just the sixth player in Colombia's history to hit the landmark. CSKA Moscow's Jorge Carrascal and Chicago Fire forward Jader Duran are in line to make their international debut.

The Mayans have summoned 21 players for this month's double-header against Colombia and Honduras, with Luis Martinez likely to lead the line. Real Salt Lake striker Rubio Rubin, who has struck twice in four games, should support him up front.

Guatemala could set themselves up in a more defensive shape, but Colombia boast far more experience and quality. Luis Diaz, Radamel Falcao and James Rodriguez should be too much firepower for the Mayans to handle.