Barcelona are concerned about Ansu Fati's recovery from his left knee injury. 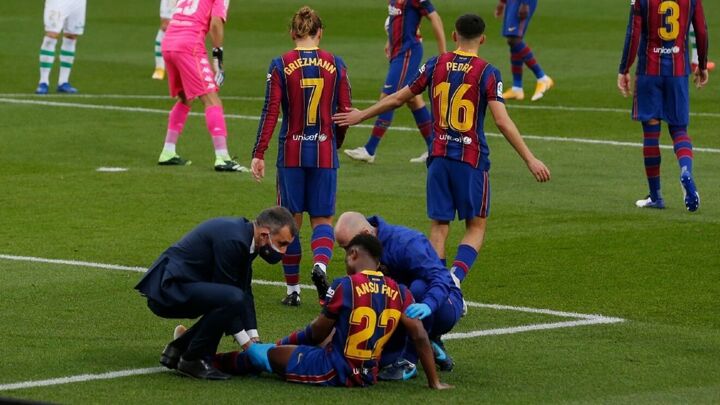 The 18-year-old underwent meniscus surgery last November and was expected to be out for four months, but despite having undergone several treatments, there is no date scheduled for his return.

Barcelona are disappointed that the season is already over for Ansu Fati, who will not be a part of Spain's squad at the European Championship this summer.

Everything with regard to his knee is being handled with confidentiality, as it is in the hands of the doctors.

However, some of the club's coaches admit that Ansu Fati has been affected by the situation with his knee.

The Barcelona forward broke onto the scene under Ernesto Valverde last season and was making a big impact in the early part of this current campaign under Ronald Koeman, so his progress has been halted by this injury and the subsequent setbacks.

Six months after his injury, Ansu Fati is still training away from the team and is doing individual work. He has received various treatments without success.

The initial hope was that he would be able to feature in the final stretch of the season, but his recovery has not progressed as expected.

Prior to getting injured against Real Betis on November 7, Ansu Fati had scored six goals in 14 games this season. He has missed 37 games since this date.

Barcelona are saddened by the situation with Ansu Fati, who they believe will feel like a star signing when he returns next season.