Barcelona are desperate for attacking reinforcements in the January transfer window and they have apparently turned their attentions to Manchester United attacking midfielder Jesse Lingard. 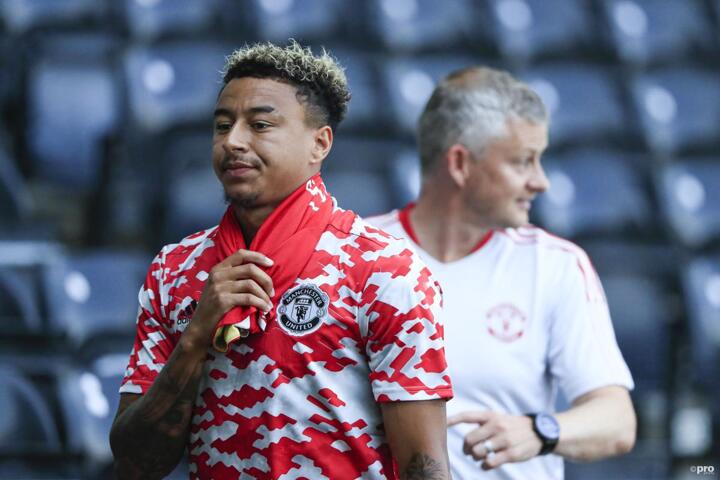 According to ESPN, Barcelona are hoping to sign Lingard as a free agent in the summer of 2022 but will attempt to take him on loan for the final six months of his current deal.

The Blaugrana have a new head coach in Xavi following the disappointing tenure of Ronald Koeman.

The legendary former Barca midfielder has taken charge of two matches so far, and although they have claimed two clean sheets, they have scored just one goal and that came from a penalty.

Lionel Messi and Antoine Griezmann are no longer there, and with the future of Sergio Aguero uncertain due to a heart problem, Barca are very light in the final third.

Luuk de Jong has proved to be a disastrous acquisition, while Martin Braithwaite is not viewed as a key player.

Xavi wants a number nine, with the likes of Timo Werner and Edinson Cavani tipped for a potential loan move.

It makes the rumours surrounding Lingard hard to believe as Barcelona do not play with a number 10 which is the England international's favoured position.

At the moment, the club are not able to register new players until they raise funds via the cutting of wages or by player sales.

Therefore, any spare cash that can be used on a new recruit will more than likely be kept for a striker.

Was Lingard misled by Solskjaer?

After barely playing a minute of football in the first half of the 2020/21 season, Lingard went out on loan to West Ham in January last season and enjoyed a superb period in East London.

In 16 appearances in the Premier League, he scored nine goals and recorded four assists.

A permanent transfer to West Ham was on the table, but it failed to materialise due to Man Utd's asking price as well as, reportedly, some promises made by Ole Gunnar Solskjaer.

In the same report from ESPN, it is noted that the former Man Utd boss held a meeting with his squad in the summer and promised some of the fringe players more playing time in the upcoming 2021/22 season.

That hasn't happened, and the Norwegian kept blind faith in others despite the club's woeful performances.

Now that Solskjaer is gone, there is the possibility of a fresh start for Lingard and the rest of that group, but the damage may already have been done.