Gary Neville admits Cristiano Ronaldo conduct has been 'disappointing' this summer amid ongoing uncertainty over his Manchester United future. 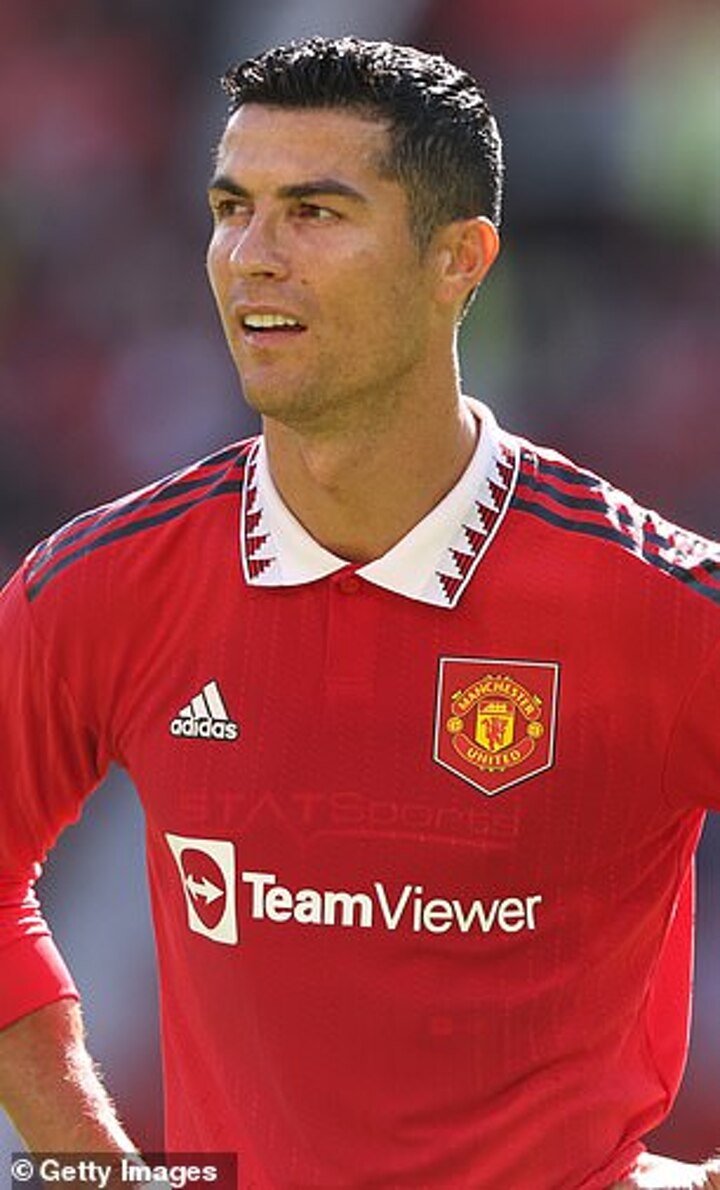 The Portuguese superstar has told the club he wants to leave Old Trafford in pursuit of trophies and top four football but an exit is yet to materialise and no concrete offers have been forthcoming.

Tensions heightened further last week when the forward was subbed off during a 1-1 friendly draw with Rayo Vallecano and left the stadium before full time -  with manager Erik ten Hag calling the episode 'unacceptable'. 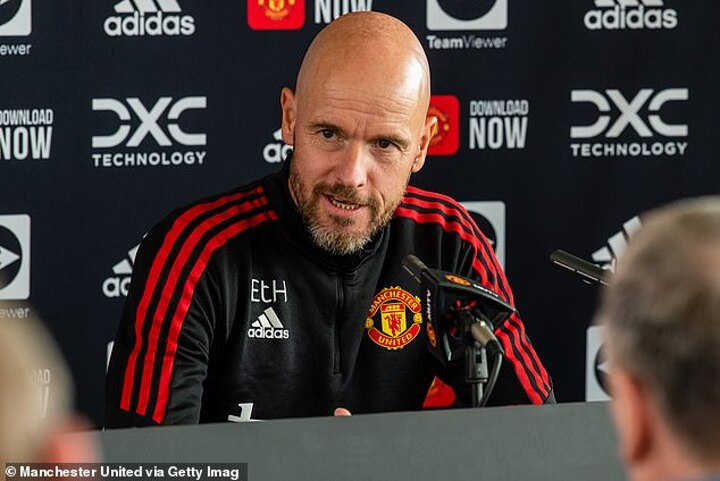 The Dutchman still faces a huge dilemma over whether to start him in their pre-season opener against Brighton due to his poor match fitness, and United legend Neville believes the entire saga could have been diffused if the player had given more clarity over the situation.

Speaking after Arsenal's 2-0 win at Crystal Palace on Friday night, Neville took aim at Ronaldo, saying: 'I’m a little bit disappointed in him. Because he’s letting the manager go into those press conferences.

'He’s a good age, he’s been one of the best players in the world. Could he not do that interview? On Sunday we’re going to ask for him after the game, could he not come out and speak to us intead of getting other people to say it.' 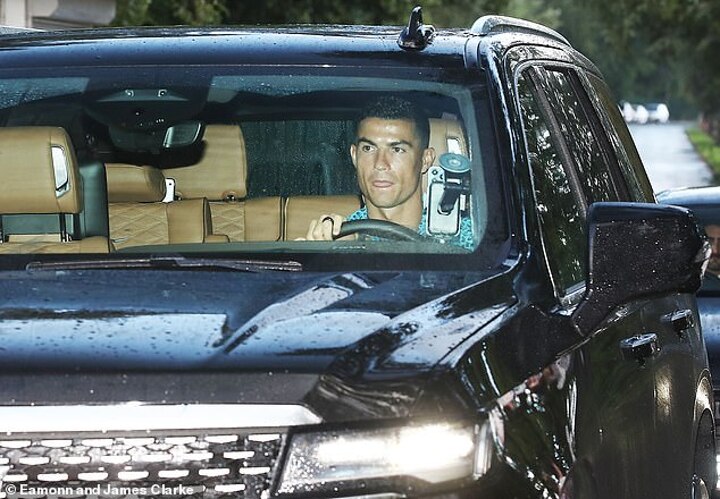 Indeed, Ten Hag has had to do much of the fire-fighting over Ronaldo in a situation that has dominated much of United's pre-season so far.

This week he was forced to cool things when quizzed over the player's decision to leave the Rayo friendly early, showing his frustration with the uncertainty as he changed tac and said it was 'unfair' to target Ronaldo when a number of players also left too.

'Now I have to point out, those who left… there were many players who left but the spotlight is on Cristiano, and that is not right,' said Ten Hag.

'So do your research and make out that many players left. That is not correct or acceptable. I don't understand what is the relation. He was part of it. There were a lot of players.'

Asked if he has spoken to Ronaldo and the other players, Ten Hag said: 'You mention it, you correct them, then move on. We've said enough on it. I said it's not correct.' 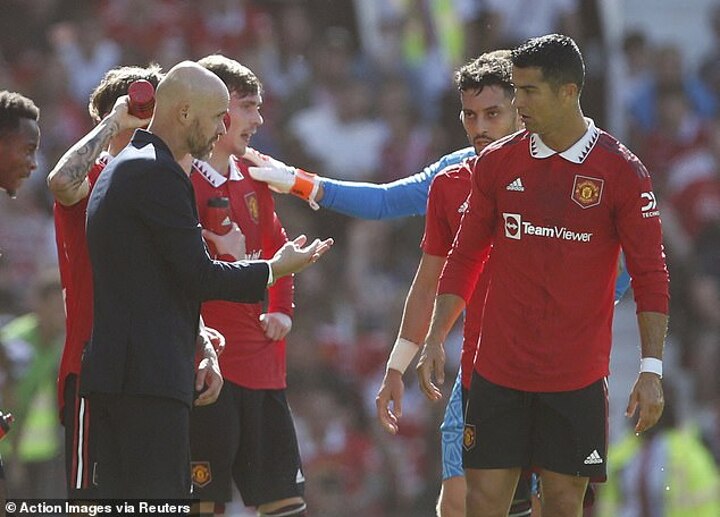 Neville reflected on what had become a 'messy' situation at Old Trafford, and he called for the club's hierarchy to resolve the matter either way to allow the team to focus on the forthcoming season.

'I think we all know that if a Champions League club comes in from him he will go. But at this moment in time that hasn’t happened. It feels a little bit unpalletable.

'I think by all means it’s a harder job than it already was for ten Hag, with the Ronaldo situation and the de Jong situation. If [Ronaldo] is fit, he’s starting.'

Anthony Martial is unavailable for the first game against Brighton after picking up a hamstring injury, so Ten Hag has a real issue on his hands over who leads the line for his new side as he looks to lead a new era at the club.