Cristiano Ronaldo's family support his desire to move back to Sporting Lisbon next summer, amid reports he wants to return to his boyhood club when he leaves Juventus. 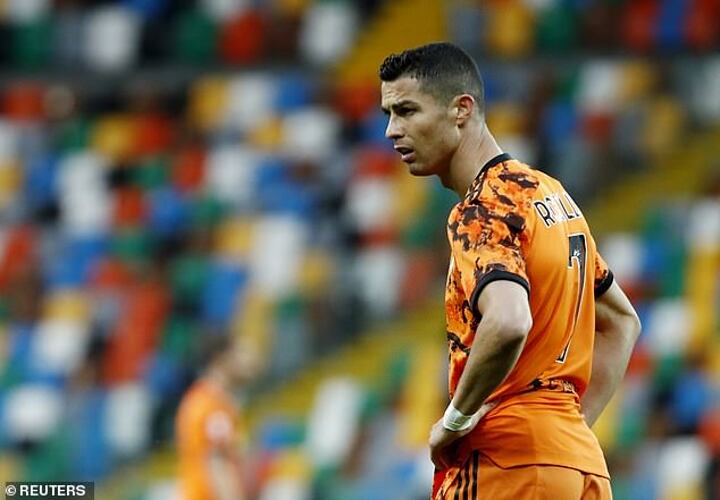 Ronaldo's future at the Italian side has been thrown into doubt after a frustrating season that has seen Juve finally lose their grip on Serie A and crash out of the Champions League at the last-16 stage.

It follows reports that Juventus are desperate to move Ronaldo on this summer so they can put his wages to use in rebuilding their struggling squad. 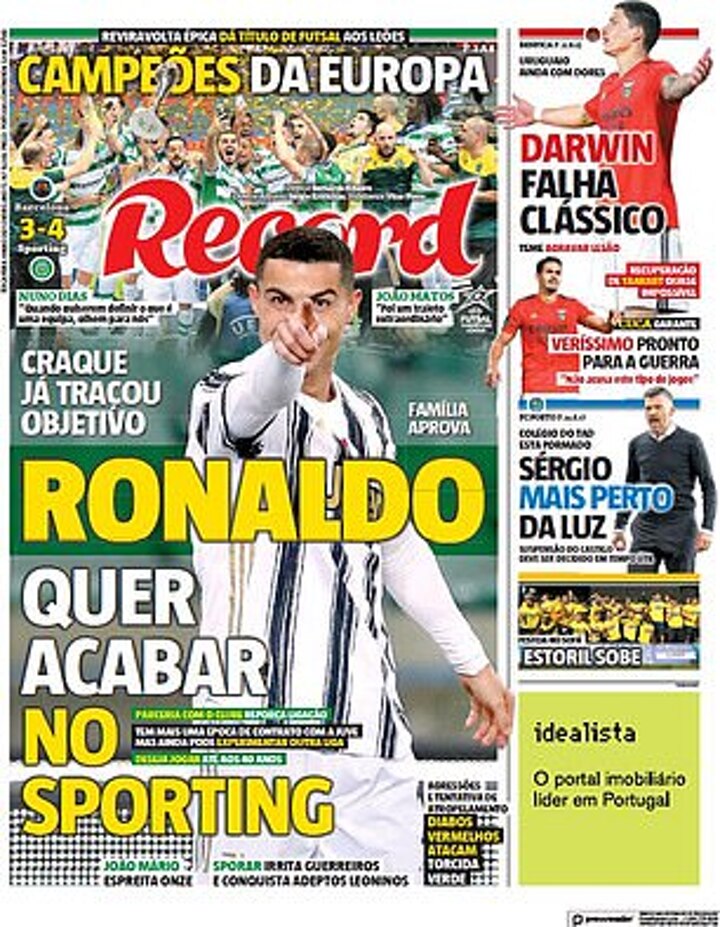 However, only a handful of European clubs can afford to sign Ronaldo because of his huge wage demands and Real Madrid president Florentino Perez recently ruled out them making a move for him.

Manchester United and Paris Saint-Germain have also both been linked with Ronaldo but it is unclear whether or not they will be interested in signing the 36-year-old.

But reports in Italy on Monday claimed that Ronaldo is willing to see out his contract with Juventus, which expires next summer.

It will mean he can leave on a free transfer and have options to choose from when selecting his next club.

Italian TV channel Mediaset went on to report that once his deal in Turin expires, he will seek a move back to boyhood club Sporting Lisbon.

Now, Portuguese newspaper Record have published a front-page story that claims Ronaldo 'wants to end his career at Sporting'.

It also reveals that his family would be on board with the move back to Sporting. His mother, Dolores Aveiro, and the rest of Ronaldo's family are known to be huge Sporting supporters. 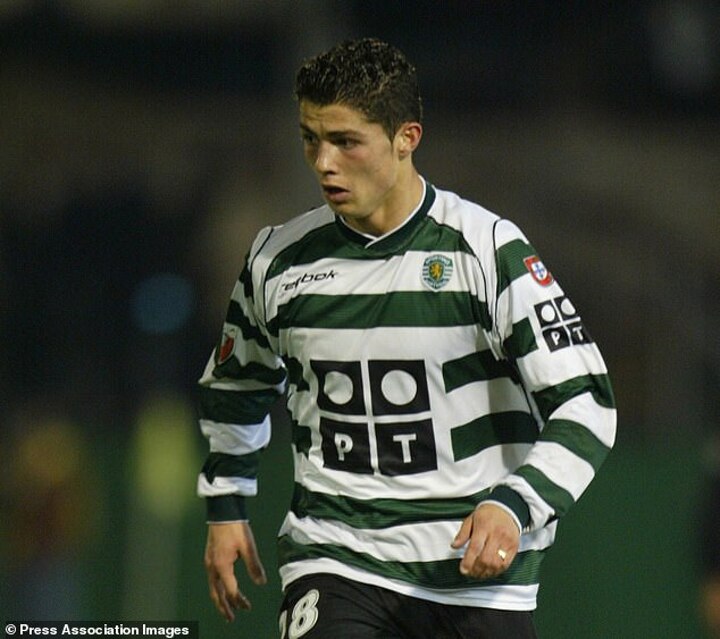 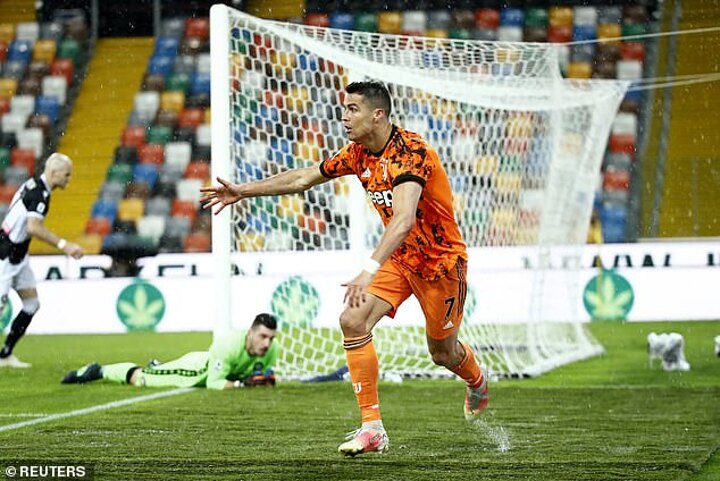 Ronaldo came through the youth ranks at Sporting Lisbon after joining the club at the age of 12.

He went on to make 31 first-team appearances for the club before he left for Manchester United for £12.5million in 2003.

Sporting are currently top of Primeira Liga in Portugal, six points ahead of Porto with just four matches left to play.

Ronaldo's Juve contract expires in 2022 and he would surely be required to take a pay cut on his staggering £26.9m-a-year wage if he is to move back to Portugal.

He scored a late double to seal a crucial win for Andrea Pirlo's Juventus side in the race for Champions League football at Udinese on Sunday.

Victory saw Juve climb to third place in Serie A on 69 points, level with Atalanta in second and AC Milan in fourth, but two points ahead of fifth-placed Napoli.

Despite a poor season for Juve, Ronaldo is the top scorer in Serie A with 27 goals in 30 appearances. He is six clear of Inter Milan's Romelu Lukaku.