Toni Kroos doesn't speak often, but when he does he doesn't bite his tongue, and he has had some words which may be directed at, among others, James Rodriguez. 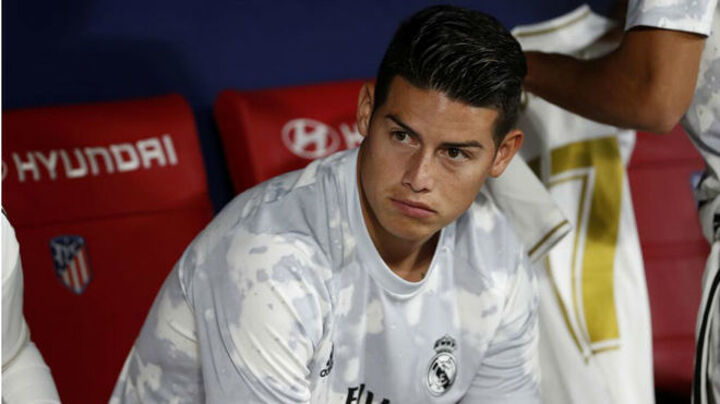 The Real Madrid midfielder stated that quality isn't enough to succeed at Los Blancos, and it's possible James was one of the players he had in mind.

"I think there have been a lot of players here who had enough quality," Kroos told Sky Germany.

"But here you also need a physical presence and the right mentality when things aren't going well.

"You need more than sporting quality."

Kroos didn't name names, but it's not hard to see that the Colombian playmaker is one such player who might fit the description.

James has always been roundly praised by his teammates at Real Madrid for his quality, but for one reason or another it never worked out for him in the Spanish capital.

It has been the case with many others as well and Kroos is evidently correct; talent alone is not enough to triumph at Real Madrid.

Martin Odegaard is another recent example, as he returned from a successful spell at Real Sociedad but opted to move to Arsenal in January as he wasn't getting a look in under Zinedine Zidane.

Gareth Bale is another who has left on loan, along with Dani Ceballos, and the same happened with Alvaro Morata, Mateo Kovacic and Marcos Llorente, who is now doing so well over at Atletico Madrid.

Perhaps, though, more than any of the others, with the possible exception of Bale, Kroos' words apply best to James, whose talent is immense and undeniable, as he has shown at Everton.

Kroos has defended the Colombian in the past from the critics and is known to be a big admirer of his former teammate, but even so, this may be a somewhat backhanded compliment.