Newly-promoted Serie A club Salernitana have confirmed the signing of former Chievo midfielder Joel Obi on a one-year contract with the option of an extension. 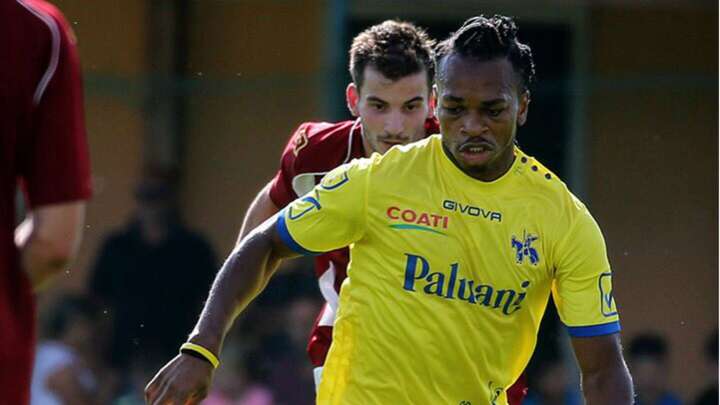 Obi moved to the Arechi Stadium on a free transfer following the expiry of his three-year contract at Chievo in June.

Last season, the Super Eagles midfielder scored five goals in 31 Serie B games for Chievo but his top-flight experience will be needed to boost Fabrizio Castori's side, who will compete in Serie A for the first time since the 1998-99 season.

“The US Salernitana 1919 announces that it has reached an agreement with the '91 class midfielder Joel Obi,” read the club’s statement.

“The player has signed an annual contract with the grenade club with automatic renewal upon the occurrence of certain sporting conditions.”

The 30-year-old has spent the majority of his career in Italy, starting with stints at Inter Milan followed by Parma, Torino and his eventual switch to Chievo in 2018.

During his stay at the club, Obi was loaned to the Turkish Super Lig where he spent the second half of the 2018-19 campaign with Alanyaspor

He has played over 120 games in Serie A with eight goals to his name.

After putting pen to paper on Wednesday, Obi recalled his stay at the Stadio Marcantonio Bentegodi and he appreciated everyone who made his time at the club memorable.

“I would like to find the right words to describe what these two and a half seasons spent at Chievo have represented for me, all the emotions, the moments in which we cried, rejoiced, suffered and fought, always together, as a true team,” Obi wrote on Instagram.

“Perhaps the best way is to just say thank you. This path has made me grow professionally and humanly, so I want to thank all the people who have been part of it: my teammates, the staff, the managers, all those who work for this shirt.

“A heartfelt thanks in particular goes to you fans, who have always supported me in the happy moments, but above all in the most difficult ones. I think that the beauty of football is also a little bit this: the ability to say goodbye, but knowing that nothing really ends because that has always been inside you. Thanks.”