Liverpool starlet Harvey Elliott replied to a Manchester United fan mocking his dislocated ankle injury on TikTok with a sharp jibe of his own - but he didn't quite get his facts right! 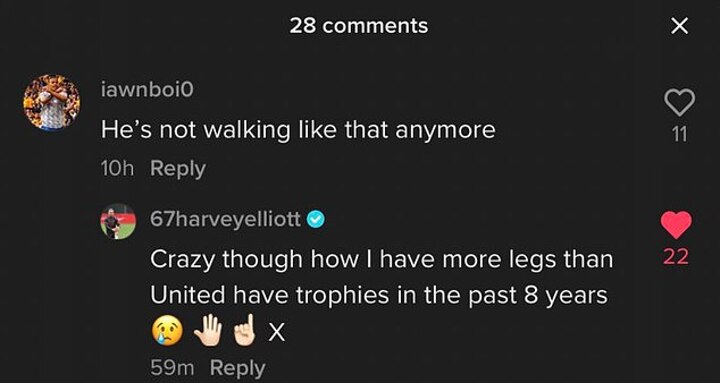 The 18-year-old had successful surgery on his ankle on Tuesday in London, with the Reds expecting the midfielder to be able to play again this season following the horror injury suffered against Leeds on Sunday.

Now, in response to a United fan commenting 'He's not walking like that anymore' on a TikTok video featuring Elliott, the midfielder replied on his own account saying: 'Crazy though how I have more legs than United have trophies in the past 8 years.' 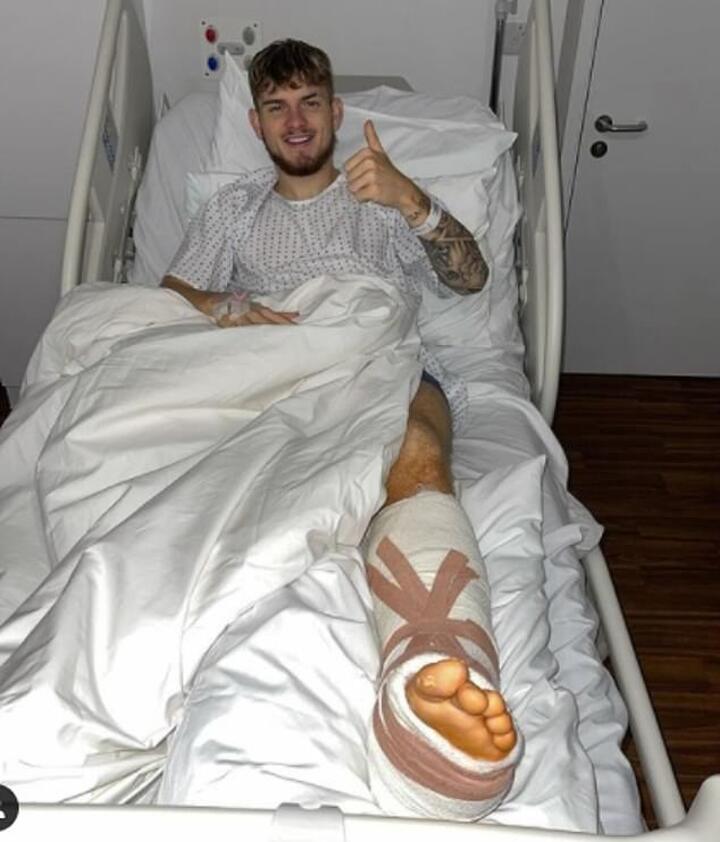 However, rival fans on social media were quick to point out Elliott's mistake, given United have in fact won four trophies since 2013.

The Red Devils won the FA Cup and Community Shield in 2016, while Jose Mourinho won the 2017 EFL Cup and 2017 Europa League with United.

They have not won a trophy since then, despite coming close after losing in last season's Europa League final to Villarreal.

One fan said: 'Looks like maths isn't his strong point,' while another stated: 'Doesn't even make sense. Clearly not the sharpest tool in the shed.'

Eliott will face a lengthy absence but is taking a professional approach to his comeback.

'Operation was a success! Thank you so much to everyone for your amazing support,' the 18-year-old wrote on Instagram, attached to a shot of the winger in the hospital bed. 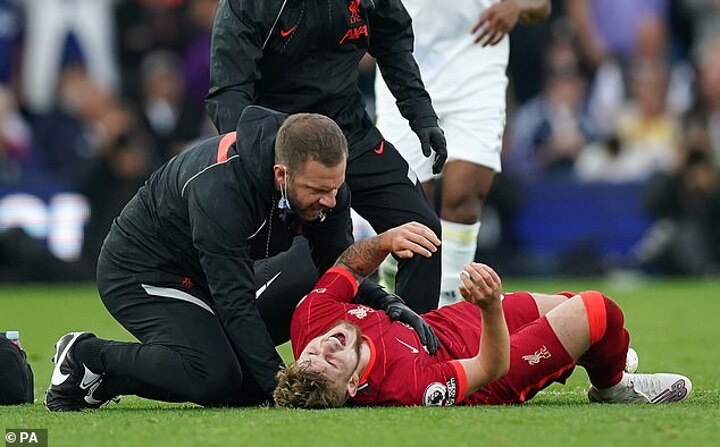 'The road to recovery starts now. At the end of the storm there's a golden sky,' he added, referencing a lyric from Liverpool's 'You'll Never Walk Alone' anthem.

The tackle by Pascal Struijk resulted in a red card, with Leeds' appeal against the sending-off rejected by the FA this morning.

Struijk will now miss the club's next three games, against Newcastle, Fulham in the Carabao Cup and West Ham. 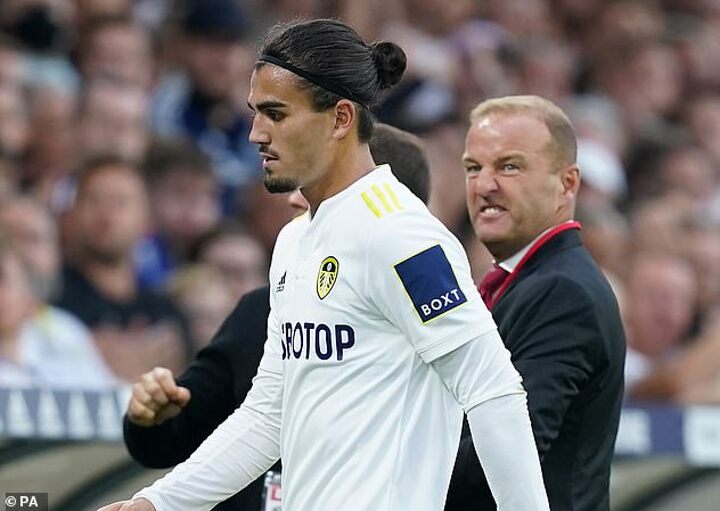