Italy continued their 100 per cent start to life at Euro 2020 as they made it three from three with a 1-0 win over Wales. 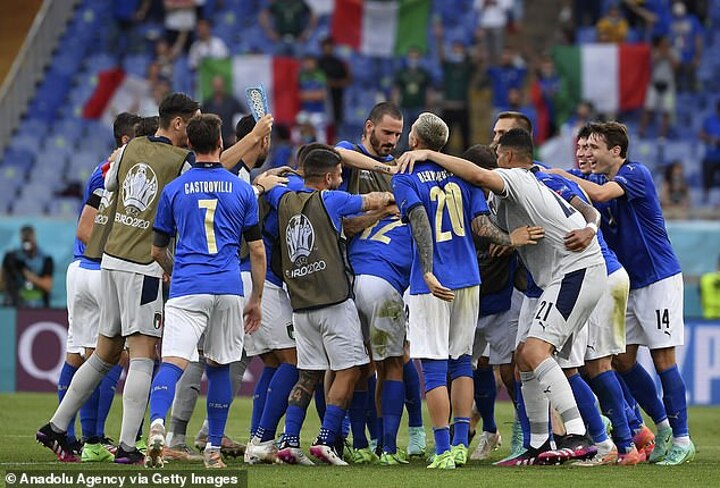 Roberto Mancini's side failed to concede a goal once again and ensured they top Group A after a routine victory, although Wales have still made it through to the knockouts despite their slim defeat.

Matteo Pessina's strike was enough for all three points, with Wales largely subdued in Rome and controlled by a solid Italy team. With Switzerland failing to overcome them on goal difference, it will be Robert Page's side joining the Azzuri in the Last 16.

Sportsmail goes through both teams from Sunday's game at the Stadio Olimpico and gives a rating to each player. 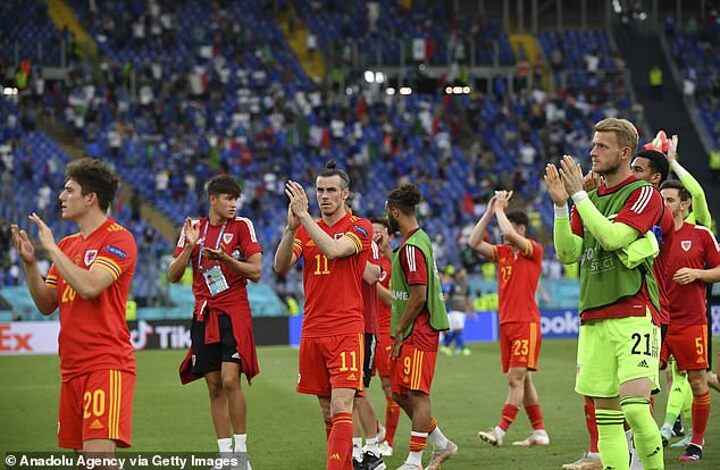 Not given too much to do or worry about with Wales lacking threat and producing just one shot on target.

Given licence to attack and coped comfortably with the threat of pacy Dan James down his right hand side.

Looked comfortable in the first half as he shacked the Wales defence before being subbed for Acerbi after half time.

Solid at the back and acted as an outlet with his longe range passing. Played a couple of teasing lofted passes over the top that tested Wales. 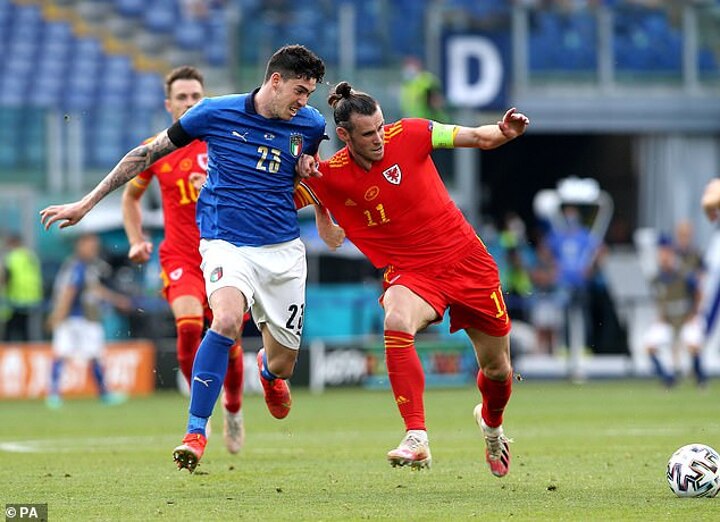 Bombed forward whenever possible as he showed plenty of intent and let fly with a few shots at Ward.

Tested goalkeeper Ward a couple of times and displayed great attacking awareness to pounce on Verratti's set-piece to put Italy ahead.

Central to Italy's play as he dictated tempo and glided around the pitch with the ball. Everything went through the Chelsea man.

The architect for Italy. Showed how important he is with this creativity - his free kick for Pessina's opening goal was inch-perfect and put another on a plate for the midfielder that he failed to put away. 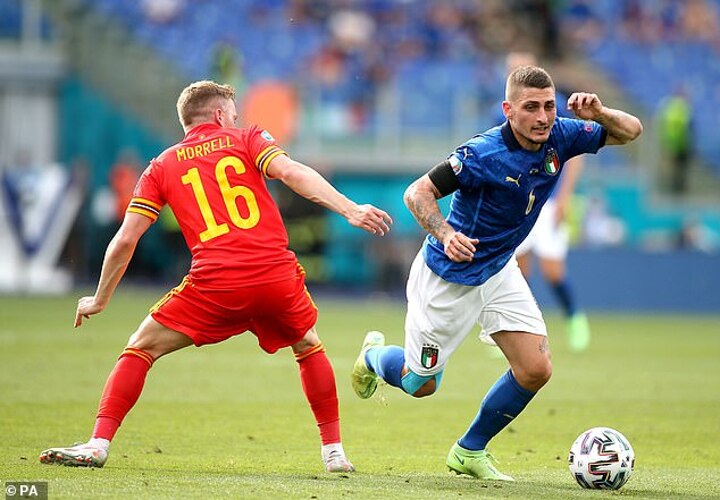 Hit the post with free kick in the first half and always gave the Wales full-backs something to think about.

Silky footwork and dribbling displays from the young and pacey Juventus star. It's clear why Mancini rates this starlet so highly.

Brought in for Circo Immobile but proved to be quite wasteful as he spurned a number of decent opportunities. 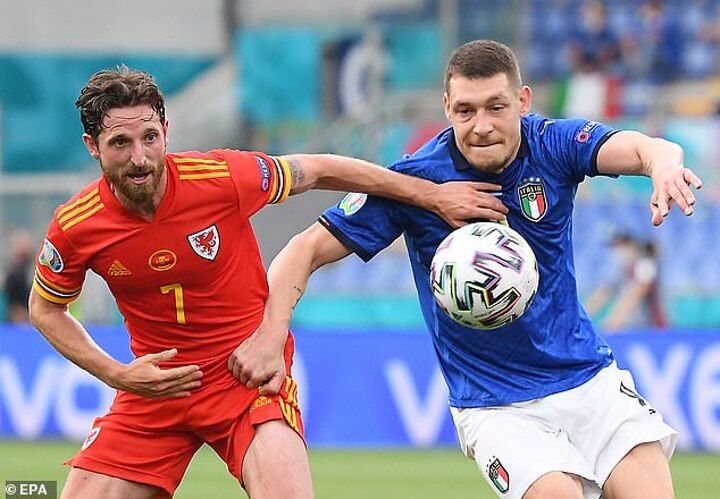 Rotated his side around with qualification to the knockouts already secured but still set the team up well with a group that got the job done to finish top.

Made a handful of smart stops to keep Italy from running away with it although fumbled a catch in the second half.

Impressed at the back and helped keep the scoreline modest. Could be making a case to start for Spurs next season with his displays at Euro 2020.

Struggled to keep Italy at bay as Wales were opened up on a handful of occasions and capped off his day with red card after his stamp on Bernadeschi. 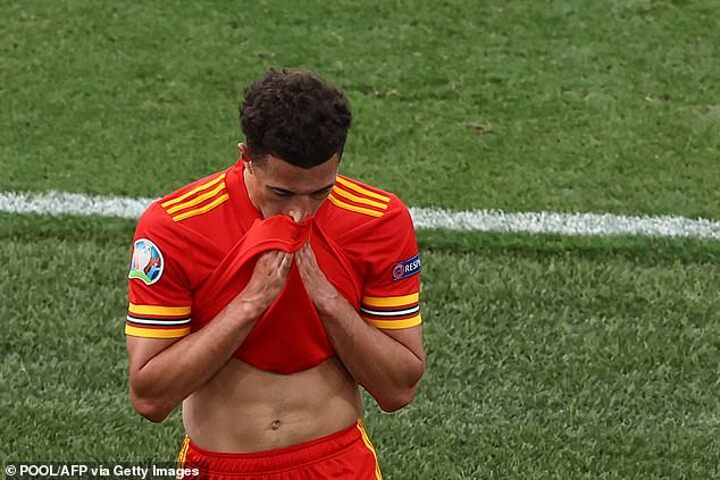 Forced to play as a makeshift centre-back in a three-man defence. Performed bravely out of position and after Ampadu's red card. Booked.

Not able to have much of an impact down the right flank and was dispossessed as he looked to provide a threat.

A tough day for the Luton Town midfielder up against Jorginho and Verratti. Subbed for Moore after the red card. 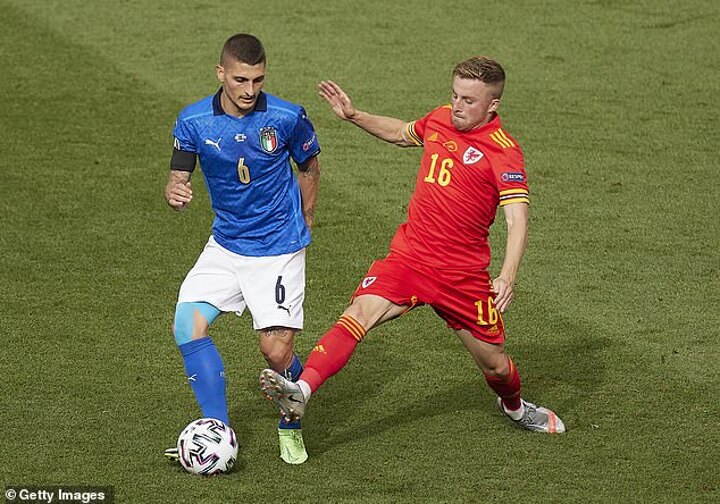 Tenacious in the tackle as he tried to unsettle the Azzurri but could have offered more for Wales going forward.

Wasn't given the chance to contribute to the Wales attack and instead forced to track back as Page's men kept men behind the ball.

Showed glimpses of quality but struggled to exert his influence in the game against a stubborn defence and missed a glorious late chance to covert from close range. 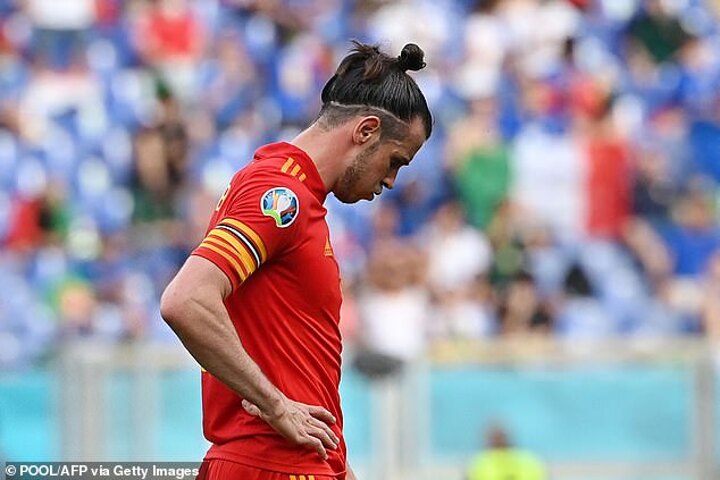 Man of the match against Turkey but not his best display here as he was deployed in attack. Italy's back-line handled him comfortably.

Was pinpointed as Wales' biggest threat against an ageing side and certainly kept Italy alert with some clever deliveries.

Took a risk to set Wales up with a back three but his side kept things tight against a talented team to maintain their superior goal difference.