Former Liverpool goalkeeper Simon Mignolet has suggested that that two of his Club Brugge teammates are superior finishers to Roberto Firmino. 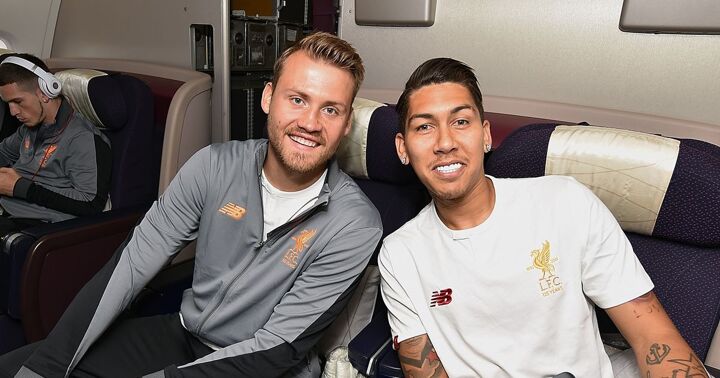 Centre-forward Firmino has been a talismanic figure during his time at Anfield, scoring 75 goals in 223 appearances for the club.

But Mignolet, who played with Firmino for four years at Liverpool before moving to Club Brugge in the summer, believes two of his current teammates surpass the Brazilian in terms of finishing ability

The Belgian stopper revealed that he thinks Brugge pair Ruud Vormer and Hans Vanaken both offer a killer instinct in front of goal that Firmino simply doesn't possess.

"Both Hans and Ruud are very good finishers," he told Het Laaste Nieuws.

"Firmino and Mo [Salah] are of course incredible football players, but Firmino is not a born killer."

"Hans and Ruud should certainly not be inferior to Bobby in terms of finishing."

"I even dare to say that Hans and Ruud on that are better than Roberto Firmino. And that they are of a comparable level to Mo."

Vanaken has scored 13 goals in 33 games this season, while Vormer has bagged 3 in 30.

Mignolet will play on English soil once again at the end of February, as he looks to help Club Brugge overcome Manchester United in the Europa League.