Fernandinho has denied claims by Atletico Mineiro's club director that he has been offered a coaching role by Manchester City and says that he won't make a decision on his future until the end of the season. 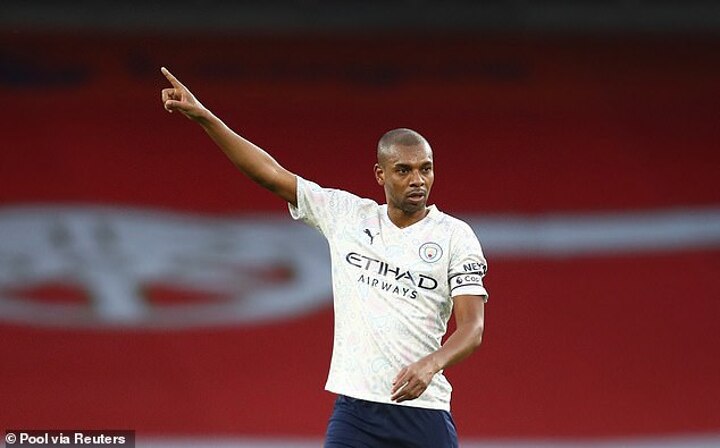 The 35-year-old, who joined City in 2013 and is contracted to the club until this summer, is on the Brazilian club's radar, but Rodrigo Caetano told O Tempo that Fernandinho had already been asked to become Pep Guardiola's assistant and that Atletico had not spoken to the player's representatives.

'I've been focused on Man City,' he told TNT Sports. 'I know how much my team-mates need me.

'I made a decision to only decide my future when the season is over. I already had an offer, not to be part of Pep's staff, but to be an employee of the club.

'I was flattered, after eight years at Man City and the respect I have gained here, but it is a decision that I put aside.'

Fernandinho has rotated in the holding midfield role with Rodri this term and while he has been less involved than in previous seasons, Guardiola spoke in glowing terms about his captain after he put in a man-of-the-match display in the 1-0 win over Arsenal to help City make it 18 straight wins in all competitions.

'I will always remember him. I have been together with him since day one (at City) and he has been so, so important.

'He knows his body perfectly and knows what he has to do in each moment. He knows when to talk, the rhythm we have to play. 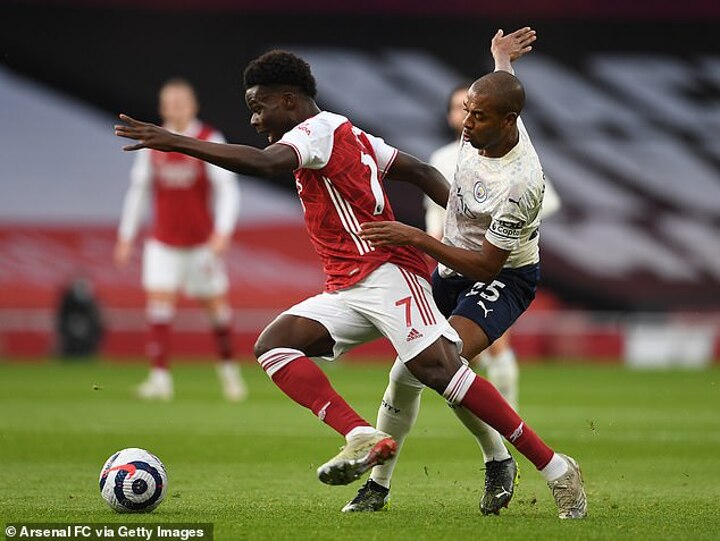 'He is so clever in these terms. For 35, he plays just one game a week, it's perfect for him.'

On whether he continue to play past his 36th birthday in May, the Spaniard continued: 'If he is like this, why not? He knows exactly what he has to do and yeah what a game he played today in such a tough, tough game.'

City will look to make it 19 wins in a row in all competitions when they face Borussia Monchengladbach in the first leg of their round-of-16 clash on Wednesday, which is being played in Budapest due to Germany not allowing foreign teams to compete there because of the Covid-19 pandemic.