Pep Guardiola might only have just signed a new contract at Manchester City, but it's never a bad idea to look to the future. 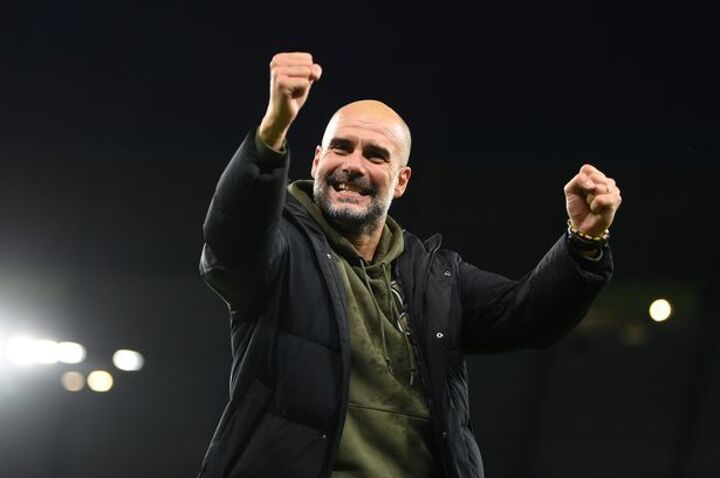 On Wednesday City announced that Guardiola had signed a new two-year contract at the club, extending his reign as manager until 2025. His previous contract - signed in November 2020 - was set to expire at the end of the current season, but over the last few months he made all the right noises to suggest he would be extending his stay.

City have enjoyed unparalleled success since Guardiola arrived at the Etihad Stadium in 2016. Under his leadership the club have won the Premier League and League Cup four times each, the FA Cup once and have appeared in a Champions League final for the first time.

But as all City fans know, Guardiola is a manager driven by his desire for perfection; he is never content. Pep would not have signed a new contract had he felt he had nothing else to achieve, or if he lacked motivation.

With that in mind, here is a list of objectives that Guardiola would look to achieve over the next two-and-a-half years in order to leave City in an even better position than if he had left in 2023.

Right, let's get the obvious one out of the way first. City have never won the Champions League and Pep hasn't won it since 2011. Winning it is not the be-all and end-all that some critics make it out to be, but there's no denying that it has become something of a monkey on City's back.

Given how close City have come to winning it in the last two seasons, there isn't necessarily anything major Guardiola needs to change to get his side over the line. Fine margins have twice cost them, and in the Champions League they can make all the difference.

City have an incredible group of midfielders, but time waits for no man. Ilkay Gundogan is now 32, and with his contract set to expire at the end of the season, he could well need replacing in the summer. Bernardo Silva has harboured a desire to play in Spain for a few years now, so he could move on too.

Kevin De Bruyne will be 32 by the start of the next campaign, although he's arguably got a few years at the elite level left in him. Clearly, Guardiola faces a rebuild.

There will no doubt be signings - Jude Bellingham is top of many City fans' lists - but continuing Phil Foden's development by moving him into a number eight role is a real possibility too. The same can be said of Cole Palmer.

Kyle Walker has been irreplaceable in City's system since he joined the club in 2017. His athleticism and pace - not to mention his superb technical ability and tactical understanding - means City can play high up the pitch without too much fear of being hit on the break.

However, over the past year his body has begun to fail him and when he's absent, it shows. Joao Cancelo is better at left-back, and Rico Lewis is still far too young and inexperienced to be banked on as his long-term replacement.

Erling Haaland's City contract runs until 2027, although there is reportedly a clause that will become active before then that would allow him to leave for non-Premier League clubs. While Guardiola will have been a big reason for the striker choosing to join City, he can also try to convince the 22-year-old to stay once he's gone (if Pep does leave in 2025).

Lewis is the latest academy graduate to start to push through into the first team, but Guardiola won't want him to be the last to do so during his tenure.

City have one of the best academies in the world, and if the talents of Palmer, Foden and Lewis are anything to go by, then there are other gems waiting for their moment. Bringing more local youngsters into his squad will only strengthen the connection between City and their fans.