Gareth Bale completed his emotional return to Tottenham on Wednesday night in a move that was driven by Jose Mourinho. 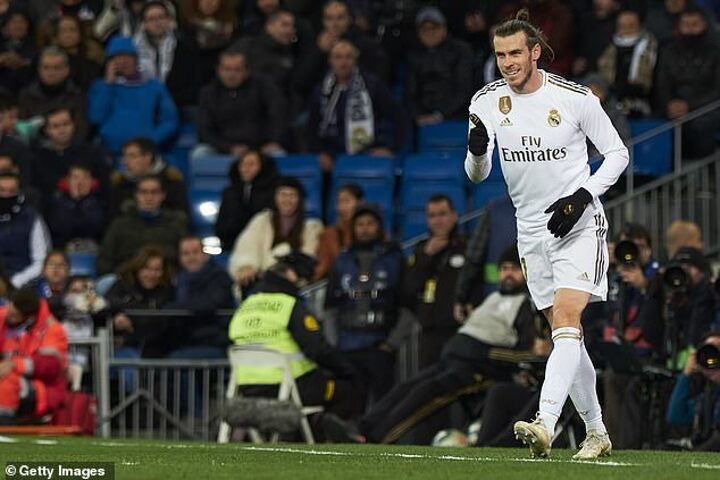 The Wales international has agreed terms on a year-long deal that Sportsmail understands to be worth more than £13million – part of which will be financed by Real Madrid – and he is relishing the prospect of relaunching his career at the club that propelled him to stardom.

There is no indication yet as to when Tottenham – who face Lokomotiv Plovdiv in the Europa League on Thursday – will make an official announcement but it will happen once a few minor contractual issues are signed.

Bale's return to North London, seven years after he was sold to Madrid for a the world record fee of £90million, is laced with sentiment but it was a move that Mourinho, Tottenham's manager, felt was absolutely imperative following his side's dismal 1-0 defeat to Everton last Sunday.

It is understood no players will go in the opposite direction.

The deal for Bale stands a separate transaction as Tottenham will also Sergio Reguilon, Real Madrid's left-back who has also been linked with Manchester United, today; He is due to undergo a medical and will sign a five-year with Tottenham, paying £27million fee.