Former Liverpool and Newcastle midfielder Georginio Wijnaldum has been unveiled by Roma after joining the club on loan. 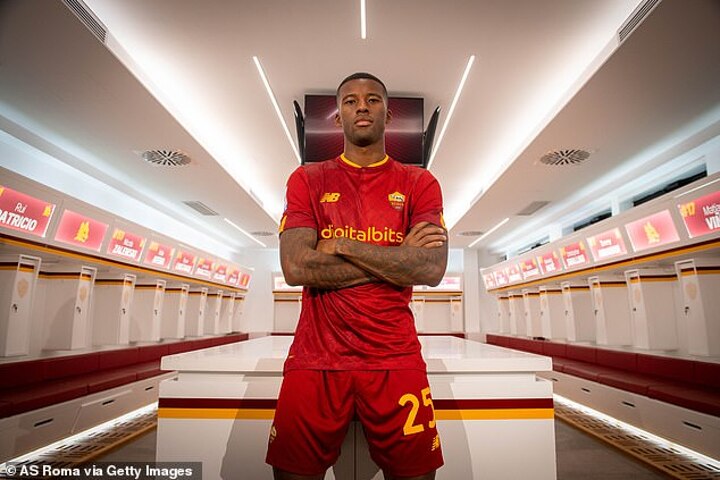 Wijnaldum, 31, joins the club after enduring a dire 12 month stay in the French capital having left Merseyside on a free transfer last summer in which he only played 38 games across the season scoring only three goals.

Unveiling the Dutch midfielder on their social media accounts, Wijnaldum was filmed emerging out of a swimming pool in a full Roma strip while whistling the tune to the song that was sung for him at Liverpool to the tune of This Girl by Kungs.

He initially arrived in Rome during the day on Friday and was mobbed by hundreds of supporters all desperate to catch a glimpse of their new signing before Roma confirmed the deal.

The midfielder, who will captain Holland at this winter's World Cup in Qatar, said he was given a lot of 'confidence' about the club being the right fit for him judging by their apparent desperation to push the deal over the line. The deal contains an option to make the move permanent at the end of the current season.

'It's a really good feeling to be a Roma player,' Wijnaldum said.

'Everyone I have spoken to has given me great feedback about the club and its fans. 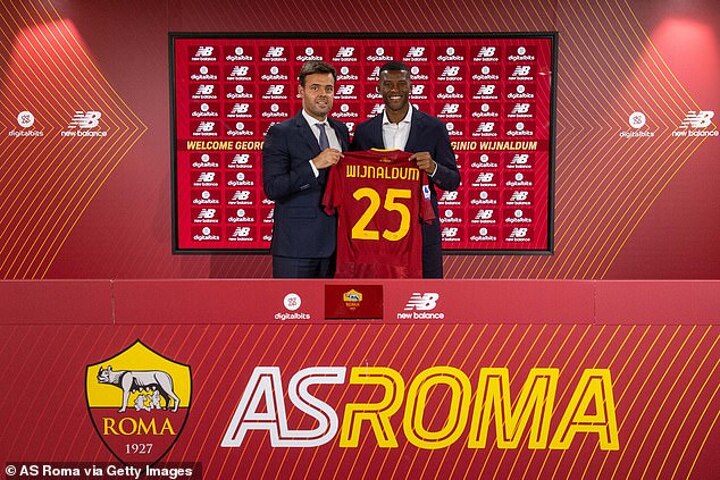 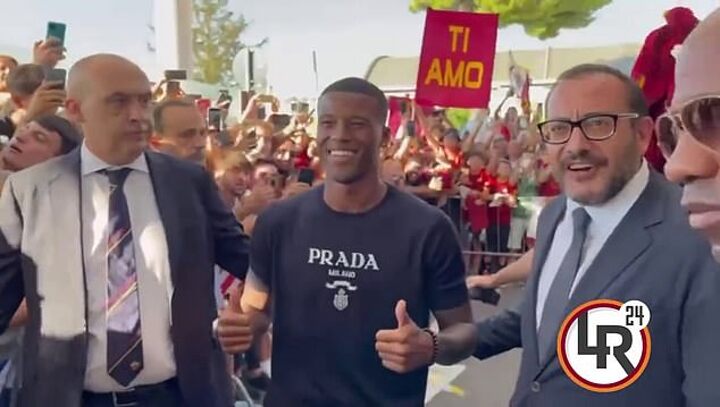 'The club made it clear just how much they wanted me in the efforts they made to complete the deal, which always gives a player a lot of confidence and belief.'

'The reception from the supporters, on social media and elsewhere, has also been fantastic, he added.

'I promise to give 100% and help the team compete for all our targets this season.'

Wijnaldum, who first arrived in England in 2015 having been signed from PSV by Newcastle, joins Paulo Dybala, Nemanja Matic, Zeki Celik and Mile Svilar in moving to the Italian capital. 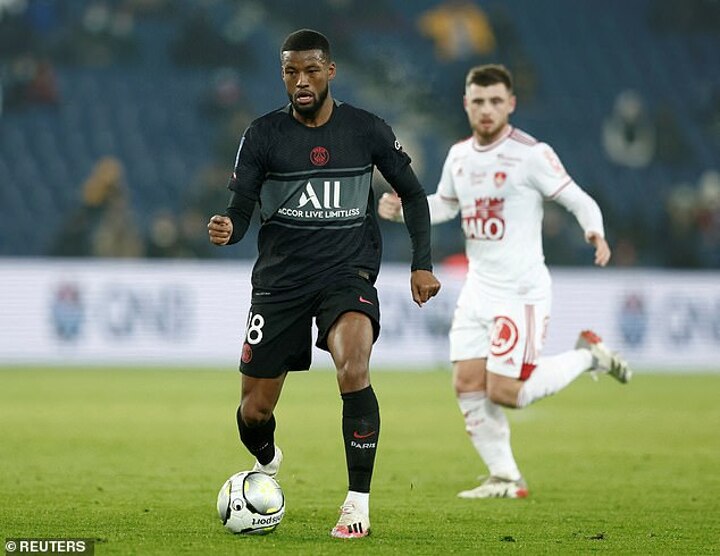 Jose Mourinho's side last term won the inaugural Europa Conference League and the former Inter Milan coach is looking to assemble a winning squad with the Giallorossi.

Wijnaldum's move to Roma was finally allowed to be completed after the French champions secured the signing of former Swansea midfielder Renato Sanches from Lille on a five-year deal.

It is believed PSG paid around £12.6m for the Swansea midfielder who has managed to rebuild his career at the elite level of football somewhat having endured a few difficult years.