Germany hosted Argentina at Signal Iduna Park on Wednesday and their fans produced a tifo to tease their rivals. 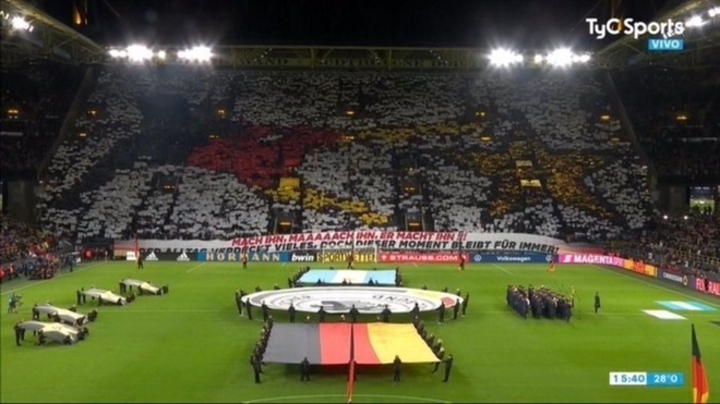 The choreography illustrated Mario Gotze's goal, which led to their national team's win in the 2014 World Cup final against the Albiceleste in Brazil.

Although Germany won that game at the Maracana 1-0 in extra time, they didn't manage to do the same in Dortmund as their friendly match ended in a 2-2 draw.