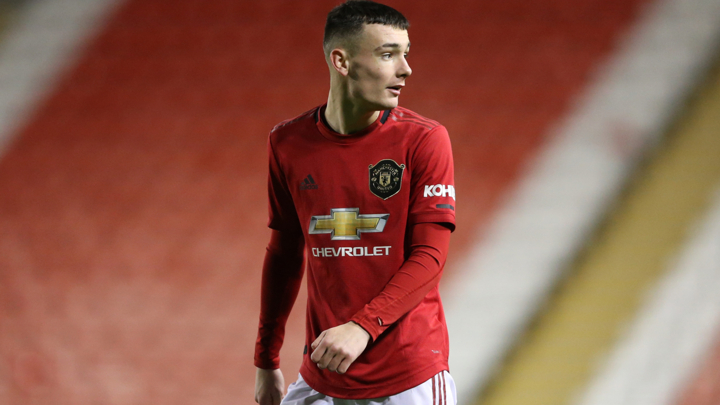 Levitt, 19, was called up to the senior Wales squad by Giggs for a training camp last May, and again for their final Euro 2020 qualifiers last November.

He did not make an appearance for his country, with Wales having only secured their place at the finals with a 2-0 victory over Hungary.

Giggs regrets not having been able to give Levitt a chance on the pitch and says the youngster stands out in training as an obvious talent.

"When Dylan was in the squad, we had must-win games, so I couldn't really throw him in and put him in that pressure cooker," the Wales boss told MUTV.

"But, in training, he's one of the best. He's my kind of player – a good character, quiet but tough, and he's one that I'll be taking a big look at over the next year or so.

"I want him to develop and if he does and, if he plays more games, then he'll definitely be in the reckoning. He's a really intelligent player with a good range of passing and he stands out in training in every session.

"As I said, it's just a shame that I couldn't get him on the pitch."

The United youth star was happy enough to be around the Wales squad, even if he did not get to play.

“Obviously, when I’ve been going away with them, I’ve not really played, but just being around them is amazing,” he said.

“Seeing the different side of international football, day in and day out, with everyone training at 100 per cent. We worked so hard to qualify so it’s a big shame really that it’s been pushed back [until 2021]. All of us were raring to go for the summer as soon as we beat Hungary so it’s a bit of a setback.

“I’ve seen the quotes from the manager and it really means a lot to hear that from someone who has achieved so much in the game.“

Levitt, who has been with the United academy since he was eight, has impressed for the club's Under-23s side and made his senior debut as part of the young side Ole Gunnar Solskjaer took to Nur-Sultan to face Astana in the Europa League.

He started alongside James Garner in midfield in the Red Devils' 2-1 defeat last November.