Graham Potter admits Chelsea could have been down to ten men against Crystal Palace, if a call against Thiago Silva was made the other way. 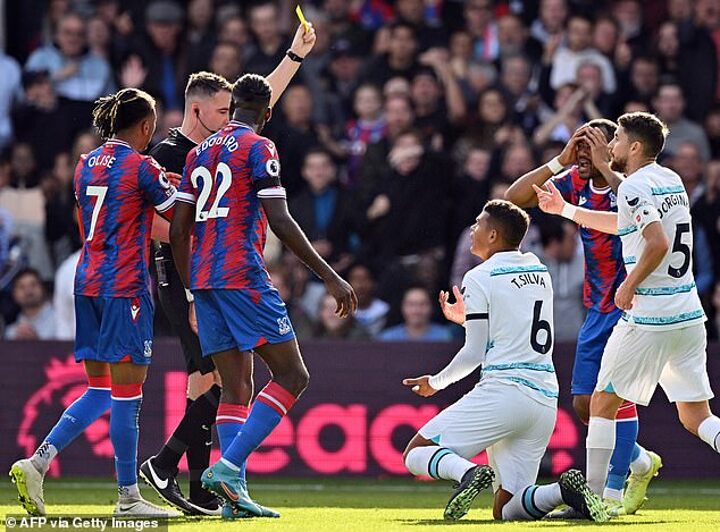 In the first half when Chelsea were already behind to Odsonne Edouard’s opener, the 38-year-old Brazilian was caught on the ball and went to ground, deliberately handling the ball to stop Palace's Jordan Ayew breaking away clean through on goal.

The centre-back was shown a yellow card by referee Chris Kavanagh, and although a VAR review followed, Silva's punishment went no further, much to the frustration of Palace manager Patrick Vieira.

Potter told BBC Sport after the game: 'I thought it was touch and go. The fact he was quite far from the goal saved him and it could’ve gone the other way. It’s a close one, I can understand Patrick’s frustration. It’s a 50-50 one.'

To add to Palace's gloom, Silva was then an important aide in Pierre-Emerick Aubameyang's equaliser for the Blues in the 38th minute.

Substitute Conor Gallagher then broke Palace hearts on his return to the club when he struck a brilliant late curling winner from distance, to seal Potter's first win as Chelsea manager. 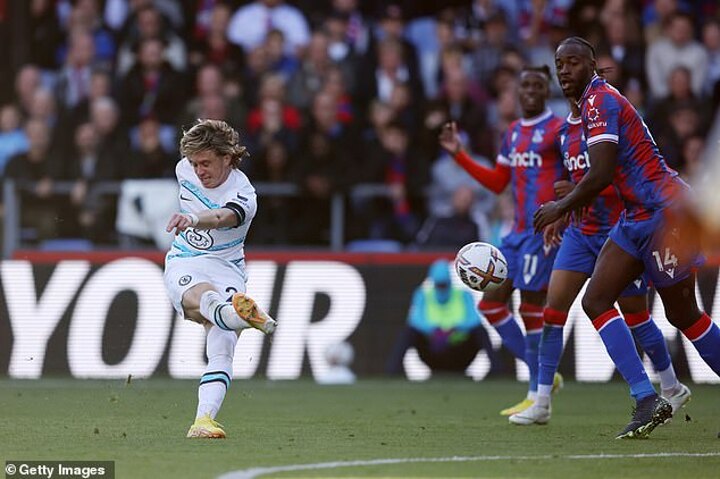 Potter said: 'We’re delighted with the result. It’s a tough place to come. I thought we started quite well but conceded from the first action into the box.

'Credit to the boys, they recovered well and did not let their heads go down. It was nice to get an equaliser and get back in the game.

'We had to survive moments as they are a good side with dangerous players. To be a goal down and come away with three points is fantastic so credit to the players. 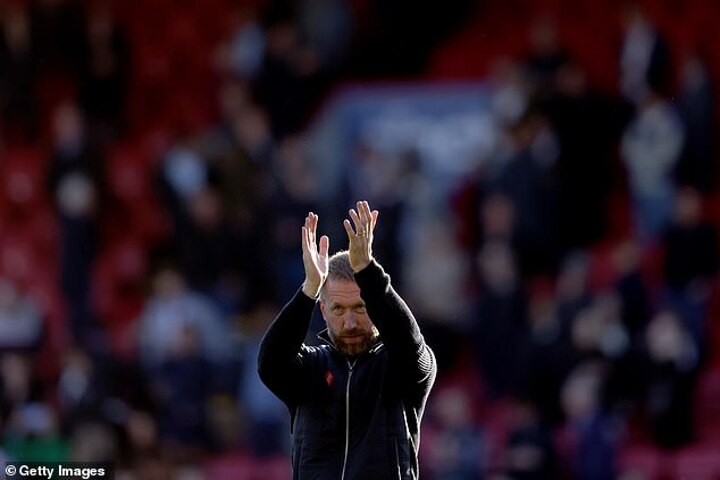 'There’s character, that’s for sure. They could’ve felt sorry for themselves after conceding the goal but the players stood up all the way through.

'There was a collective spirit among the players. We are delighted with the three points.'

Chelsea's next two fixtures see them return to Stamford Bridge, first to face AC Milan in the Champions League, and then they welcome Wolves next Saturday.