Parken Stadium in Copenhagen has witnessed more than enough drama over the past 10 days and tonight promises to be no different for Denmark, the darlings of Euro 2020. 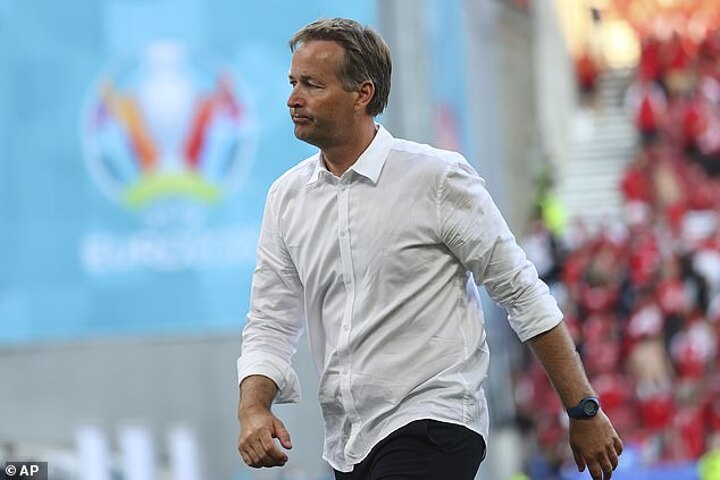 The Danes must beat Russia to have any chance of qualifying from Group B. They will go for victory galvanised by team spirit and global support following Christian Eriksen’s collapse and miraculously quick recovery from a heart attack.

Defeats to Finland and Belgium have only hardened the determination to prevail in the face of adversity.

‘We’re not going home yet. We’re ready to pass through the group phase and play more games.’

For Hjulmand’s players, it has been the most traumatic of weeks: the sight of Eriksen lying motionless on the turf before being brought back to life, having to complete the match with Finland later that night, and the outpouring of emotion five days later when they paid tribute to their team-mate in the game against Belgium.

Eriksen visited the camp with his family after being discharged from hospital on Friday, and on Sunday goalkeeper Kasper Schmeichel described seeing his friend as he spoke powerfully ahead of the Russia game.

‘It was a healing process to see that Christian is well again,’ said Schmeichel. ‘It’s helped me a lot to see that him, his children, his wife and his family are OK again after what they went through. 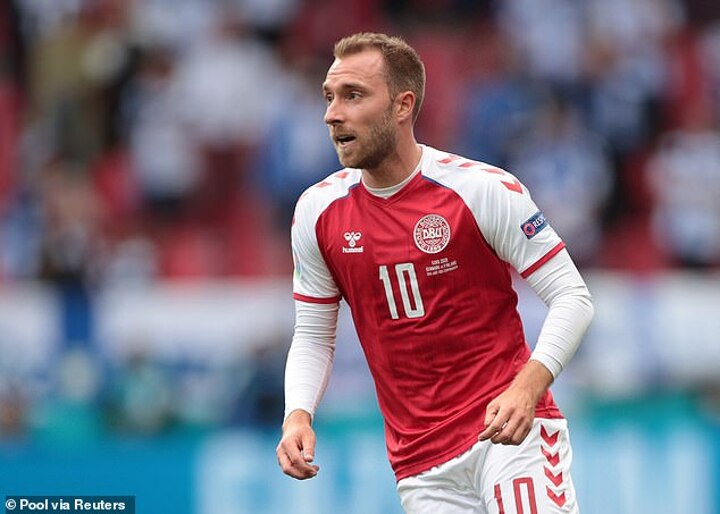 ‘We’ve all experienced something very hard. When the chips are down and things are really bad, that is when you really show your true colours.

‘This team showed the reason we play football to start off with as children, the reason we love this game. It’s not always because of football, it’s what football can do and the togetherness it can harvest.

‘We showed what it means to be Danish, and what makes being Danish special.

‘The days following also showed why we love this game so much and why we love our country so much, the way everybody has come together.

‘The game the other night (against Belgium), even though it wasn’t a full stadium you would never have known standing on the pitch there wasn’t 100,0000 people there. I’ve never experienced anything like that personally. To see the love and compassion, not just from Danish fans but from all around the world, it’s very moving. 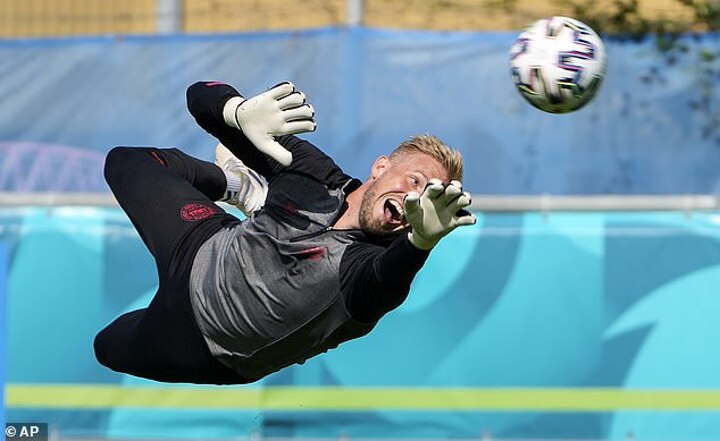 ‘It’s always been special to play for your country. But this last week has shown exactly why we sacrifice what we do, spending so much time away from our families and our children.

‘To see that football can unite a country like it has is the reason why many of us play.’ How did the Danes cope in those difficult early days?

‘We listened and talked a lot,’ said captain Simon Kjaer, who ordered his team-mates to form a protective ring around Eriksen while he was being treated and consoled his team-mate’s partner Sabrina at the side of the pitch.

‘We also thought about how it could have been a different outcome.

‘It’s really crazy to look back, but I’m very grateful for how we dealt with the situation.

‘I think we go into the Russia game with a mentality that we have to get there after everything we’ve been through — I think we deserve it.’

Only a win will do for Denmark if they are to have a chance of progressing as one of the best third-place finishers or, possibly, claim second spot in the group.

Hjulmand has urged his players to produce a ‘magical night’.

‘For us to sit here still with zero points is painful,’ said Schmeichel.

‘I think we’ve already shown what this team and this country is all about. Regardless of what happens, we have given absolutely everything.

‘In times of trouble, this team has always come through and delivered. I have no doubt that against Russia it won’t be any different.’