"First and foremost, Freddie has Arsenal DNA." So says Josh Kroenke, club director and son of owner Stan. And so the Premier League's peculiar fascination with biochemistry continues. 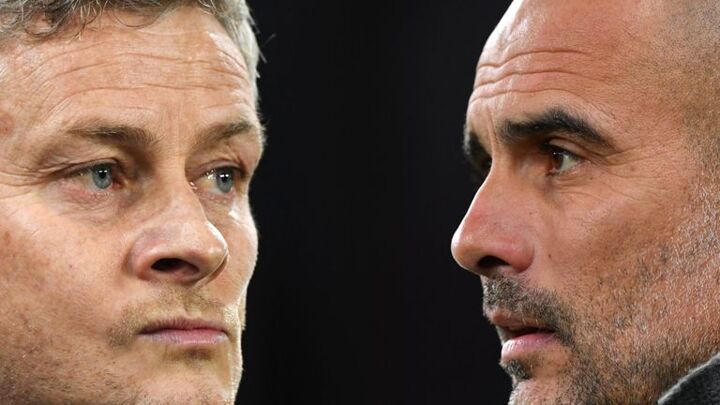 James Watson, Francis Crick, Maurice Wilkins and Rosalind Franklin deserve only admiration for the discovery of the double helix, but perhaps we should temper our enthusiasm for the term when it is used to offer facile explanations for football recruitment decisions.

Freddie Ljungberg's appointment as interim boss means he joins Ole Gunnar Solskjaer and Frank Lampard among that group of former favourites at the helm of last season's top six clubs. But it is another, Pep Guardiola, whose name is most frequently invoked as evidence in their favour. What experience did he have when he went to Barcelona, after all? Just look at how well he did.

When the Norwegian took over as Manchester United's new manager almost a year ago now, the club's supporters were sold on the vision of a hero who understood the unique demands of the role. Eight wins from his first eight games in charge added some substance to the outlandish notion that Solskjaer was in fact the next Guardiola.

As absurd as it might now seem, there were similarities that will have tempted Ed Woodward to believe that he had pulled off a masterstroke to rival that of Txiki Begiristain's call at Barcelona just over a decade before. He will have felt it particularly keenly in the aftermath of United's improbable Champions League win at Paris Saint-Germain in March.

Solskjaer knew United. He was steeped in its culture, the expectations of the supporters and the style they craved. His mere presence harked back to the glory days. He had the hotline to Sir Alex Ferguson. A conduit to greatness. The prince who was promised. This was United restored. The rest, the small matter of results, would flow from there. 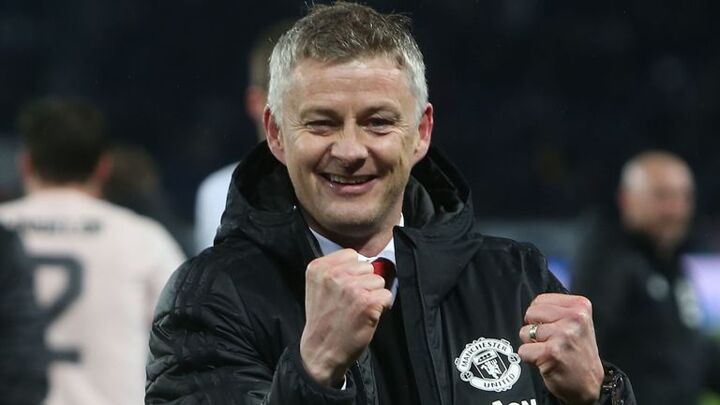 Similar stories were told about Guardiola at Barcelona. He was the ball boy turned club captain who became Johan Cruyff's eyes, ears and brain on the pitch. A Catalan hero with a deep understanding of Cruyff's football who returned home to restore it. In the process of doing so, he made Barcelona the greatest team in the world. Arguably, the greatest ever.

It is a compelling tale but it misunderstands some of the key reasons for Guardiola's success. In part, that is because he was happy to perpetuate the restoration myth. Cruyff is still a hero and the line from Xavi that the Dutchman built the church and everyone else is merely maintaining it, makes for a seductive story. But religion adapts. Guardiola is not Cruyff.

The central doctrine of Cruyff's football is that the player is king. Individualism is prized. His dream team indulged the excesses of Romario and the ill-discipline of Hristo Stoichkov because of their moments of magic. When restrictions on foreign players meant that a star name had to be sacrificed, Cruyff chose the selfless playmaker Michael Laudrup. 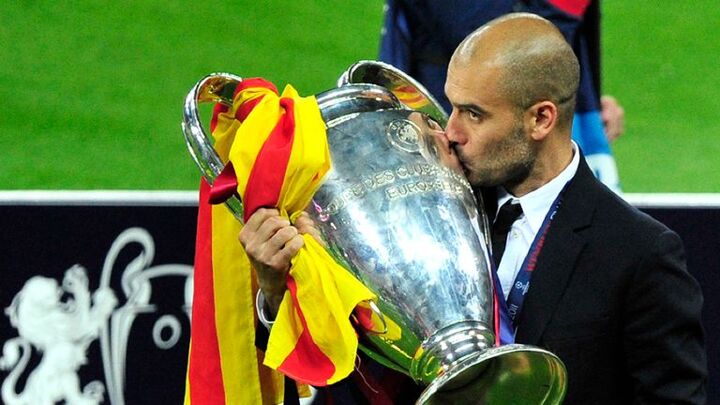 It is impossible to imagine that Guardiola, who famously cried when Laudrup was sold, would have made the same call. One of his first decisions upon taking the Barcelona job in 2008 was to remove Ronaldinho. Guardiola valued humility and work ethic too much to build the team around the Brazilian. He moved quickly to change the culture at the club.

"Your talent will get you as far as the dressing room. How you behave determines if you will stay there." That was how Begiristain described Guardiola's philosophy at Barcelona. But, in regard to himself, the young coach flipped his own mantra on its head. Guardiola's behaviour and reputation got him the gig. His talent kept him there. The playing style was built on Cruyff's principles of ball retention, but the work was all his own.

It is worth remembering that Barcelona had just finished a distant third under Frank Rijkaard, 18 points behind Real Madrid. Under Guardiola, they were transformed. Late in his first campaign, Barca beat their great rivals 6-2 in the Bernabeu with Lionel Messi moving to the 'false nine' role that he would go on to occupy in the spectacular 2011 Champions League final win.

It was a triumph of innovation as much as tradition, the signs of which had been there during his successful season in charge of the Barcelona B team. Indeed, his ideas about ball circulation when in possession and the importance of pressing when out of possession changed the game. Premier League football is played differently now because of him.

Why does all this matter? Because Guardiola has become the template. A one-word argument to explain away underqualified former players being entrusted with the biggest jobs in football. His name came up when Ryan Giggs briefly took charge of Manchester United after David Moyes' sacking and it returned once more with Solskjaer's appointment.

But Guardiola did not make Barcelona great again merely because he understood the culture of the club. It was not that he got it, it was that he had it. His multiple titles at Bayern Munich and Manchester City since then - clubs with very different cultures - are proof that he can flourish outside of an environment in which he was familiar.

At Bayern, in particular, Guardiola was at odds with the culture. After a win over Arsenal in the Champions League in 2014, club legend Franz Beckenbauer said: "We are going to end up being unwatchable like Barcelona. The players will start passing the ball back even on the goal line." Guardiola went on to win three consecutive titles with the club - his way. 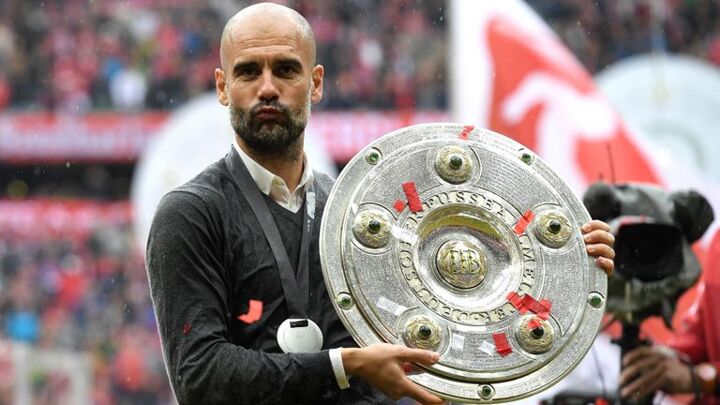 Conditions off the pitch were more favourable at City given Begiristain's presence, but here too he has had to tweak his ideas. City rely more on crosses than Barca ever did. "When you have [Leroy] Sane or [Raheem] Sterling or Kevin De Bruyne, you attack more the spaces, you play in a different way," Guardiola explained. "You adapt to the qualities of the players you have."

It highlights a misunderstanding about him. Guardiola is not so intransigent. His ideas have evolved. He knew Barcelona but that is not why he is a great coach and it is not why he is enjoying success in the Premier League. After all, the closest that he came to pulling on a Manchester City shirt was during a failed trial under Stuart Pearce in the summer of 2005.

Jurgen Klopp was never as close to becoming a Liverpool player. He was so far removed from the famous Boot Room that he had not even visited Melwood when he was first presented to the media, declaring himself the Normal One. It has not prevented him thriving at Liverpool, embracing the traditions of the club while forging a new path to success.

Perhaps Lampard's promising start at Chelsea will continue - strengthening the case for those fixated on this DNA theory. But having spoken to him about this subject earlier in the season, attempting to drill down into the reasons why it is so useful, one suspects even Lampard himself would not wish to overplay it. "There are little things that help," he conceded.

"I know the structure and I know the faces behind the scenes so the familiarity helps in that sense. I didn't feel nervous walking into a big new building on day one. I knew big parts of it. I watched every Chelsea game last year and I had trained with a lot of the academy players previously too. But performances and results will define how long I am here."

That is the crux of it. Knowledge of the club can provide a head start and it can buy some time. But it is what a coach does with that time that will define them. Ultimately, everyone, Ljungberg included, will stand or fall on their ability as a coach, not their DNA. For Guardiola, that has worked out well. For Solskjaer, in particular, it threatens to prove his undoing.