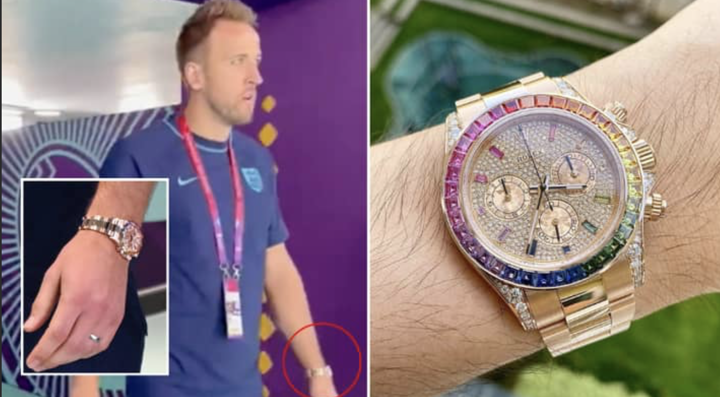 This week, England captain Kane was determined to wear the OneLove armband ahead of Monday's clash at the Khalifa International Stadium in a bid to show solidarity with the LGBTQ+ community.

But following the threat of sporting sanctions from FIFA, a number of European nations, including England and Germany, decided against wearing the armband.

In fact, the English FA was forced into a U-turn by FIFA just an hour before the emphatic 6-2 win against Group B opponents Iran.

A statement from the FA read: “FIFA has been very clear that it will impose sporting sanctions if our captains wear the armbands on the field of play.

“As national federations, we can’t put our players in a position where they could face sporting sanctions including bookings, so we have asked the captains not to attempt to wear the armbands in FIFA World Cup games.

“We were prepared to pay fines that would normally apply to breaches of kit regulations and had a strong commitment to wearing the armband. However we cannot put our players in the situation where they might be booked or even forced to leave the field of play.

“We are very frustrated by the FIFA decision which we believe is unprecedented — we wrote to FIFA in September informing them of our wish to wear the One Love armband to actively support inclusion in football, and had no response.

“Our players and coaches are disappointed — they are strong supporters of inclusion and will show support in other ways.” 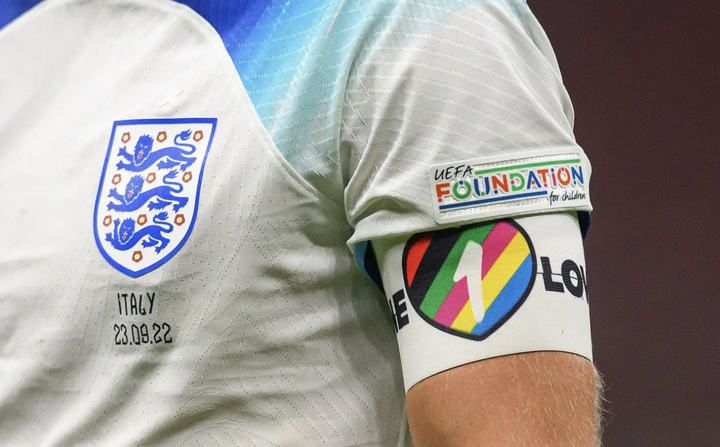 That being said, Kane was pictured wearing a Rainbow Rolex watch in the build-up to Monday's World Cup clash – a gesture that could be interpreted as a similar symbolic protest, report the Daily Mail.

Insane Luxury Life, an Instagram account with over 700,000 followers posted a picture of the Spurs forward wearing the Rolex before kick-off against Iran.

They wrote: "The captain of England @harrykane wears a rare @rolex Daytona ‘Rainbow’ 116595RBOW in 18k rose gold, one of the most sought after pieces on market.

"The Daytona Rainbow was first released in 2012 in 18k white gold and 18k yellow gold, at the time they weren’t much appreciated by the market."

The German national team protested against the OneLove armband ban by covering their mouths ahead of their World Cup opener against Japan.

And throughout the game, German politician Nancy Faeser sat next to FIFA president Gianni Infantino wearing the armband.

Faeser, who is Germany’s interior minister, called the armband ban a “massive mistake” by FIFA.

“It breaks the heart of every fan to see how FIFA is also putting the burden of this on to the shoulders of the players,” she said.