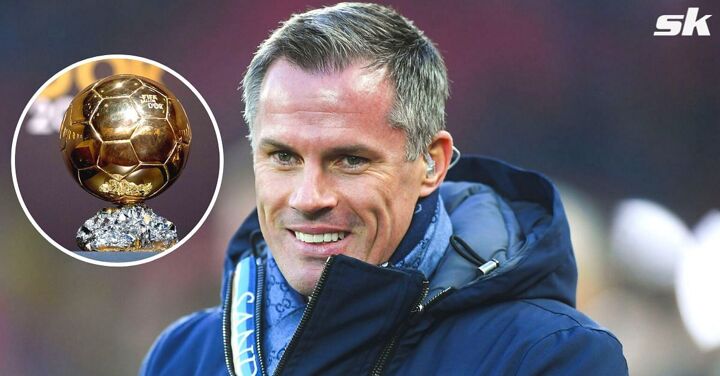 Lewandowski has been on a roll since the start of last year, scoring goals galore in competitions. In 2019-20, he played a key role in Bayern Munich's second continental treble. However, he missed out on his maiden Ballon d'Or award, as it got cancelled due to the ongoing COVID-19 pandemic.

Much to his credit, the prolific Pole has been going strong this year, too, and is a strong contender to win the 2021 Ballon d'Or award. Carragher believes Lewandowski deserves to win it too, but feels Lionel Messi's Copa America 2021 triumph with Argentina might sway votes in his favour.

Speaking to CBS Sports in this regard, Carragher said:

Lionel Messi and Robert Lewandowski are two of the favourites to win the 2021 Ballon d'Or award next week.

Lewandowski is coming off an excellent 2020-21 campaign with Bayern Munich. The Polish forward scored 48 goals in just 40 appearances. That included a record 41 strikes in the Bundesliga. The Bavarian giants went on to lift yet another Bundesliga title along with the DFL Supercup, the UEFA Super Cup and the FIFA Club World Cup.

However, Lionel Messi is still touted by many to win his seventh Ballon d'Or award next week. Despite not having a standout season with Barcelona, the 34-year-old forward led from the front in Argentina's 2021 Copa America triumph. He bagged four goals and five assists as La Albiceleste ended their near three-decade-long drought in the competition.

With the win, Messi will two Ballon d'Or awards clear of his nearest competitor Cristiano Ronaldo.

Unlike in previous years when the Ballon d'Or used to be a toss-up between Lionel Messi and Cristiano Ronaldo, the 2021 edition is expected to be a close fight. Many expect it to be a three-way fight between Messi, Lewandowski and Jorginho.

Jorginho's 2020-21 season was arguably the best in terms of trophies won by a player. The 29-year-old midfielder won the Champions League with Chelsea before playing a key role in Italy's Euro 2020-winning campaign.

Other candidates for the 2021 Ballon d'Or award include the likes of N'Golo Kante and Karim Benzema.

The 2021 Ballon d'Or ceremony will take place on November 29 in the French capital.