Just eight months ago, all looked bleak at Tottenham - a club who were slipping further and further away from contention for the top trophies in the game. 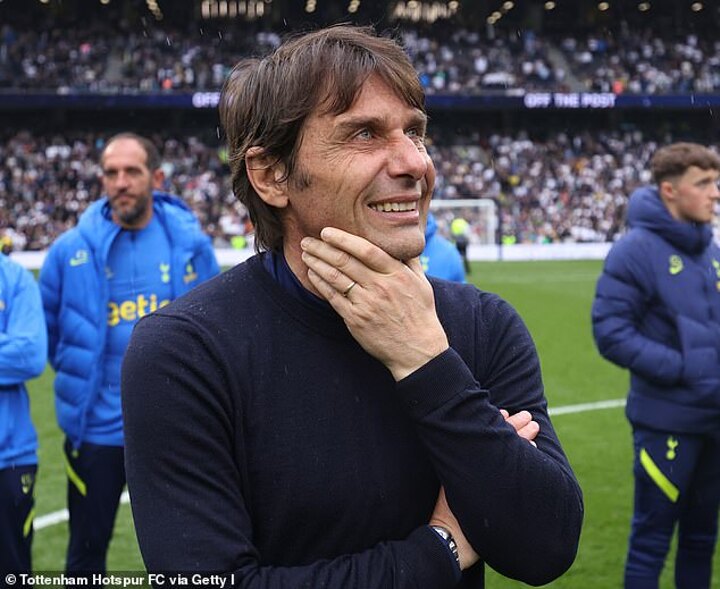 Nuno Espirito Santo was reaching the end of his disastrous reign in charge, Harry Kane looked like a man who still wanted out after his failed move to Manchester City, and fans were not happy with the way things were going - as they vocally demonstrated during their 3-0 loss to struggling Man United at home.

Antonio Conte has worked his magic at Juventus, Chelsea and Inter Milan, all of whom had a distinctive style moulded in his image, enjoying much success.

But when he stepped through the doors at Tottenham, it was regarded as his toughest task yet and some believed he would walk away at the end of the season.

However, the Italian is a proven winner and one of the best manager's in the world, and like at his prior clubs, he has put his stamp on Tottenham and helped turn their fortunes around.

With the help of January signings Dejan Kulusevski and Rodrigo Bentancur, the inspired form of Son Heung-min and perhaps most importantly, making star striker Kane believe in the Tottenham project once more, inspired their push into Champions League qualification.

A fan of the 3-4-3 system, with the signings of Yves Bissouma and Ivan Perisic as well as the likely signing of a wing-back such as Djed Spence, Conte is slowly producing a team that fits his ideal way of playing.

His style, while completely different to the likes of Pep Guardiola and Jurgen Klopp, has proven time and time again to work. 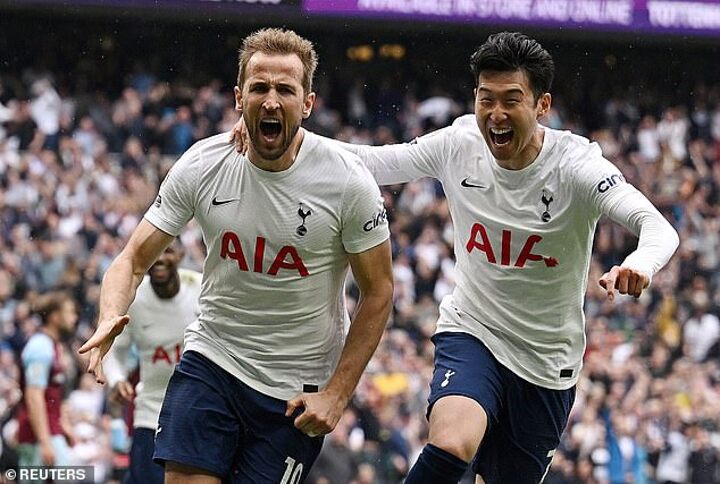 At Chelsea, he turned around a team that finished tenth in the league to champions just one year later in a record-setting season.

Before that at Juventus, he won the title in each of his three seasons at the club. The last year he set a record Serie A points haul with a total of 102.

When he returned to Italian football in 2019, Conte laid the foundations in his first year at Inter. The next, his Inter side began making their move in November, occupied second until February and once they edged into first they did not let go of it, ending Juve’s nine year dominance of Italy’s top flight and winning the Nerazzurri’s first Serie A for 11 years.

Conte has had to lower his ambitions at Tottenham, but given the timing of his arrival and the improvements they had to make, leading them back into Europe's elite competition marked a significant achievement.

Tottenham are heading in the right direction, and once a Conte team starts moving forward, it's difficult to knock them back in the other direction.

There had been fears that he could leave the club after his anger at the start of the January transfer window, highlighted by their failure to sign Luis Diaz who was scooped up by Liverpool with no effort at all as Tottenham took time to get things sorted. 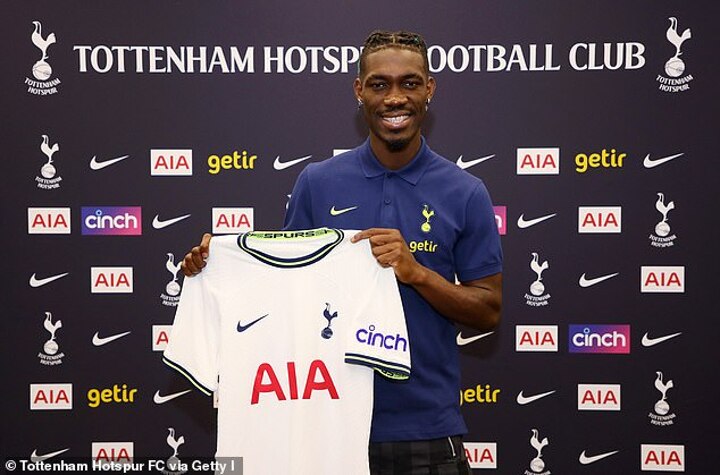 But the additions of Kulusevski and Bentancur proved effective, with the Swedish winger forming a deadly front three alongside Son and Kane.

The jibe 'Spursy' has become synonymous with the club, but they looked like a team with renewed focus and a steely determination as they pushed towards the top-four spots.

Their 3-2 victory over Leicester where Steven Bergwijn came off the bench to score two stoppage time goals was a catalyst for what was to come. While their ruthless 3-0 victory over Arsenal in a match of huge stakes towards the end of the season, showed that the flakiness of previous seasons had been knocked away by Conte.

Now they look forward to a return to the Champions League next season, and how they can close the large gap to Manchester City and Liverpool.

They have been busy already this summer with the addition of three new players - with the most impressive business of the lot, coming in the form of Bissouma from Brighton for £25million.

The 25-year-old is comfortable on the ball, provides a calming presence and has the ability to set things in motion with his passing and vision.

At Brighton he was used in a more reserved role, to anchor the defence and break up opposition plays.

It provides a stark reminder of Conte's first summer at Chelsea where he signed N'Golo Kante to take up a similar role in the middle of the park after his title-winning exploits at Leicester.

It was the most important signing he made at Chelsea and a pivotal one in their surge towards the title.

Conte will be hoping that Bissouma can go on to have a similar impact at Tottenham, as Kante did for Chelsea - offering that defensive stability which hasn't always been there.

At the age of 33, Perisic's best days are perhaps behind him, but he offers Tottenham much needed strength in depth in the wide positions up front - something which they have lacked over recent seasons. 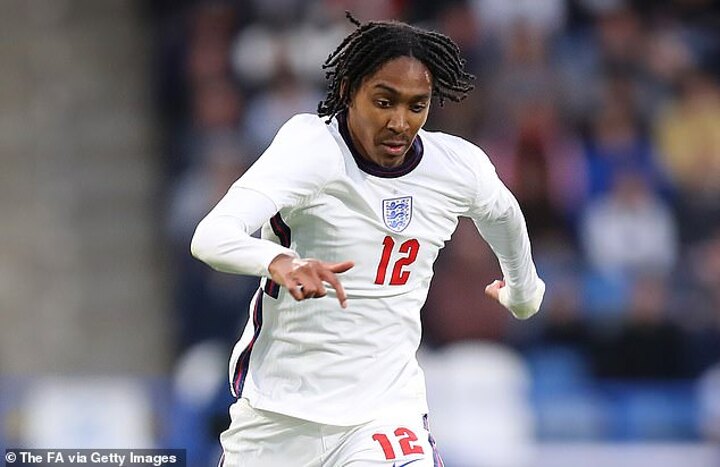 He is clearly a player that Conte trusts having worked with the Croatian at Inter Milan.

The next piece of the puzzle appears to be in the wing-back position, again something he heavily used during his time at Chelsea.

He signed Marcos Alonso to play on the left, while he transformed Victor Moses into a wing-back with great success.

The likes of Ryan Sessegnon, Sergio Reguilon, Matt Doherty and Emerson Royal have been played in those positions to date, and Nottingham Forest's Djed Spence is the most strongly player to be linked to Tottenham this summer. 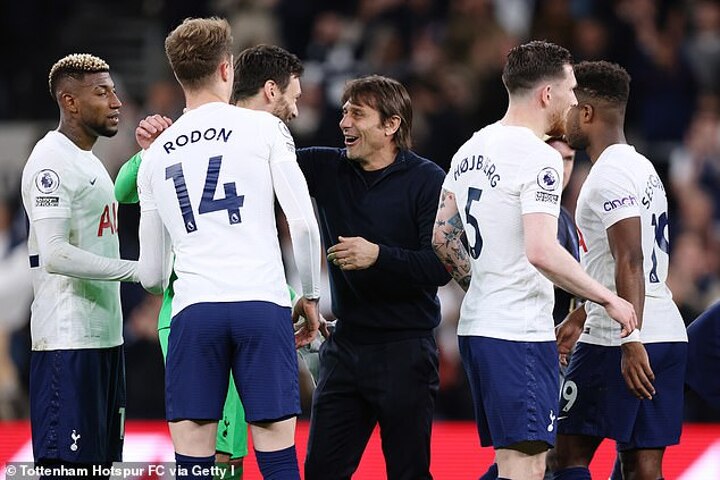 Their summer spending might not end with a wing-back either as a host of attacking players including Leeds star Raphinha and Everton star Richarlison.

Not many will expect Tottenham to mount a title challenge this season, given the gulf to the rest of the league that Manchester City and Liverpool have enjoyed in recent seasons.

But Pep Guardiola and Jurgen Klopp will be looking over the shoulder, wary about the project Conte has going at Tottenham.

Fans will have plenty of optimism that Spurs, with the signings they've made, can at least be a threat in the upcoming season.