MAN CITY new signing Joao Cancelo may have achieved his dream move to the Premier League, but that success will be tinged with sadness because his dear mum didn't see it. 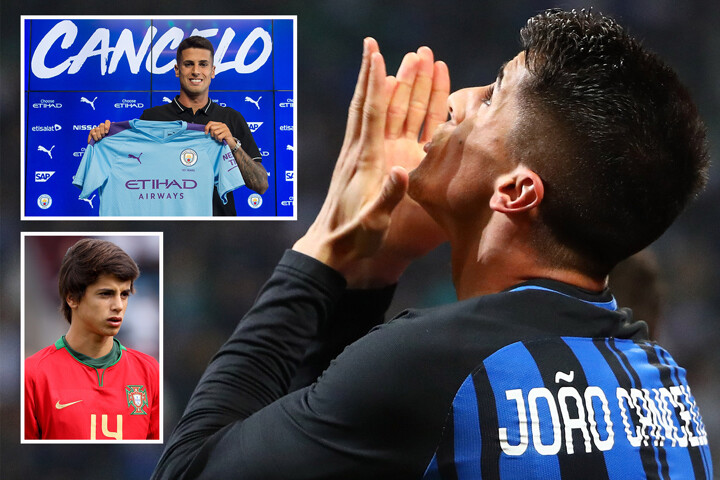 The Portuguese right-back, 25, who cost the champions £27m plus £34m-rated Brazilian right back Danilo in a £60m deal with Juventus, has a tragic back story that's driven him to succeed.

In 2013, when the buccaneering full-back was playing for Benfica's B team and on the fringes of the first team, his world was rocked by the death of his mother, Filomena, in a horrific car accident.

Cancelo, who was 18 at the time, was in an Audi A3 with brother Pedro when their mum dropped dad Joseph off at the Lisbon Portela Airport.

Driving along a motorway in Seixal, near Lisbon, as they made their way home, their vehicle was involved in a crash in the early hours of the morning.

Cancelo and Pedro suffered minor injuries, but Filomena wasn't so lucky. She was pronounced dead, and it crippled the aspiring footballer.

“I lost the light of my life, my reason for living. I love you woman of my life, wherever you are I'm with you," he wrote in a touching message on Facebook at the time.

“I want you to look after me and protect your father and brother. I am dead inside, but I will be strong and I will give you the greatest pride in the world.

“You are my life, without you nothing makes sense. Rest in peace, Mom.”

Born in the town of Barreiro, Filomena was Cancelo's driving force as he fought to succeed in the game.

He started playing for his local club, Barreirense where she would ferry him religiously to training and matches.

Then, at the age of 13, he joined Portuguese giants Benfica's youth set-up.

His mother was a constant throughout, even up until her death when he was a Portuguese Under-20 international.

She watched him play avidly and was his greatest fan, who sacrificed her life for his.

“After the death of my mother in 2013, the following two months were extremely difficult," he said.

“Before, it was her who came and take me to training. She helped me in everything.

“After that moment when she was gone, there was no one waiting for me. I came home and went to bed crying. I have my mother in my heart and she continues to be present with me.”

A year after the personal tragedy, Cancelo made his debut for Benfica against Gil Vicente in the Portuguese League Cup in a 1-0 win.

After a successful loan at Valencia, the La Liga side then splashed £13.8m on the prospect, and he enjoyed three successful seasons from 2014-17.

A brief spell at Inter Milan saw him score his first Serie A goal against Cagliari, where he celebrated by looking up to the heavens.

He later posted a photo on Instagram of that moment with the caption: “I am part of your life, and you are my whole story, Mother."

Juventus were soon alerted to his abilities, and The Old Lady snapped him up for around £37m on a five-year contract in 2018.

On joining the Italian side, Cancelo singled out the one person that made it all possible.

"I thank all those who helped me realise this dream. My family, my colleagues, former classmates, coaches before and now," he said.

"I have a thank you for each of them, I have learned from all. But you, Mom, have been my incentive to achieve this goal in life. Your strength is mine, you are always with me. It's all for you, Mom."

You can bet she would be a proud mum today.