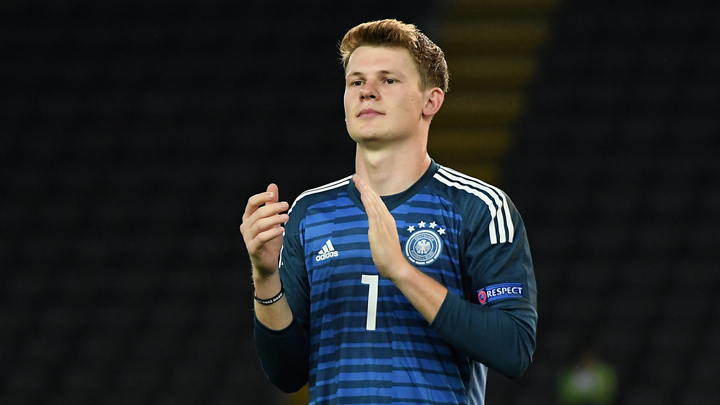 Bayern announced earlier this month that Nubel will depart Schalke at the end of the season and join on a free transfer ahead of the 2020-21 campaign.

The highly rated 23-year-old refused to sign a new deal with Schalke as he eyed a move to a bigger club, and has signed a five-year deal with Bayern.

Though Nubel will get the move he was angling for, it may be detrimental to his hopes of regular game time with Manuel Neuer currently entrenched as Bayern's starter in goal.

Nubel has been tipped as a future No.1 for Germany, but the country's current manager has admitted he is unsure that a move to Bayern is wise at this point in his career.

"Basically, I am a supporter of young players getting as much playing time as possible. That way they can develop better," Low said on Tuesday at the New Year's reception of the German Football League (DFL).

Neuer, who himself joined Bayern from Schalke in 2011, has made it clear that he has no intention of giving up his starting berth anytime soon.

The 33-year-old will see his current contract expire at the end of next season and has said that Nubel's arrival will have no affect on whether he stays or goes.

"The Nubel transfer is irrelevant for my contract extension," Neuer told reporters at Bayern's mid-season training camp in Qatar.

"Of course I determine the requirements [of the contract]. I have the thoughts in my head, but of course I will not reveal them. Nothing comes out of me.

"It's a forward-thinking decision made by the club. Nubel is a top-quality goalkeeper."

Despite his seeming endorsement of Nubel's move, Neuer, who splits time with Barcelona’s Marc-Andre ter Stegen as Germany's starting goalkeeper, was reportedly unhappy with Bayern's move to bring in the young shot-stopper.