Former Manchester United defender Patrice Evra has shared his disappointment with his former club for failing to appoint Antonio Conte as their manager. The Italian manager signed for Tottenham Hotspur on 2nd November 2021 following the sacking of Nuno Espirito Santo. 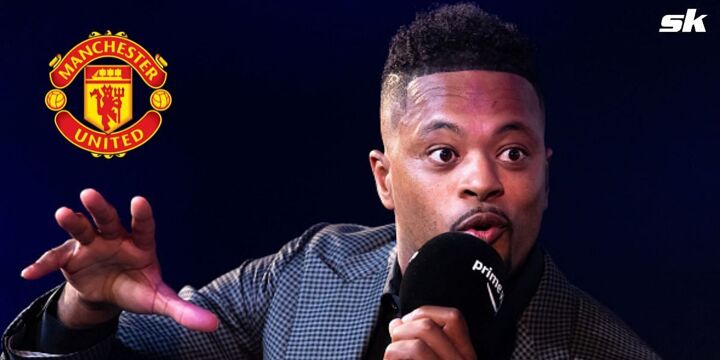 The former Juventus manager has made an immediate impact at the North London club, having led them to the Champions League qualification.

Patrice Evra has admitted that he was devastated that Spurs managed to recruit the Italian manager before Manchester United. The former United skipper, who played under Conte at Juventus, has hailed the now-Spurs boss for his passion and football intelligence. He told The Mirror:

“It hurts my heart. Because I think Conte, Klopp, Guardiola – all those managers are the best in the world right now and we could have had him at Manchester United."

“That’s why this manager is a genius. When I arrived at Juventus, every player told me, ‘Patrice, this guy is a genius. He’s addicted, he’s so passionate about football. So you’re going to run really hard. He’s going to make you sweat'."

Evra has claimed that Antonio Conte could have made a difference at Old Trafford, adding:

“But if you look at the Tottenham fans, they are so happy because when they see the players now, win or they lose, they give everything. That’s the mentality of Antonio Conte. That’s why I say it hurts. Not because it’s Tottenham – I love every team – but it’s just because Conte could have done something.”

Can Erik ten Hag bring the glory days back at Manchester United?

Though Conte could've been a brilliant addition, Manchester United have brought in Erik ten Hag as their new manager to replace Ralf Rangnick.

The Dutch manager comes with a huge reputation and quite naturally, expectations will be sky-high from him. During his Ajax days, the 52-year-old has shown plenty of promise and could be the one to lift the Red Devils back up to where they used to be on the log.

Ten Hag plays a very attractive brand of football and has also built a reputation for grooming young talent. If given the right resources and shown patience, the Dutchman could potentially lead Manchester United back to their glory days.

With a very talented squad under him, time will tell whether the former Ajax manager lives up to expectations at OId Trafford.